Thai migrant women are victims of domestic violence at seven times the national rate, mostly at the hands of their Australian-born partners, the latest data shows. One survivor is attempting to prevent them from travelling here.

WARNING: This article contains information about sexual assault and violence which may be triggering to survivors.

Thai migrant woman Malee* met her former partner at 24 while visiting her friend in Australia in 2003, an encounter that she said set her down a path she wouldn't wish upon anyone else.

When she discovered she was pregnant upon returning to Thailand, the Australian-born man asked her to give up her tourism business to move to Sydney with him "to give the baby the right to be born in a better place," she told SBS.

However, Malee describes the promise of a prosperous life morphed into a nightmare. The abuse began the day they got married, that same year, foreshadowing a constant stream of dread and isolation.

Not long after, being raped became the norm.

"You don't know who you are anymore, you live in fear every moment."

When the new citizen tried to return to Thailand, she discovered her savings had been drained – that was when she learned about his gambling problem and addiction to marijuana.

"He'd get right in my face and he'd just scream at me: 'You look at me when I’m talking to you – you're lucky you've even got a roof to cover your head'.

Because her family could not help, she said, she hoped to move out and make a life in her new city. But confused by a foreign society where her job skills went unrecognised, she didn't know where to turn. However, in 2004 when their son was about five months old, a visit from her midwife set the wheels in motion for change, first by discreetly leaving domestic-violence prevention information, and then by helping her access a refuge.

It was there she was put in touch with a culturally specific service for Thai migrant women survivors of domestic violence based in Sydney, the Thai Welfare Association, which she said helped her get back on her feet, providing her with emotional support, and facilitating a job so she could make a life of her own.

*Malee is not her real name and some details about her experience have been omitted to protect her identity.

When Malee returns to Thailand, she visits villages to educate women more about the potential consequences of choosing Australian- and other Western-born partners, she said.

It's something she wants to launch into a fully fledged project.

"Education is the main thing, women don't have an education about domestic violence.

"[Instead] they value money and the material, they want to have a better life and they don't see what else might come with that."

She also said she wanted to help them become more independent.

"I want them to understand they can do it (build themselves a career and independence) with their own hands.

"They (Thai women) can help each other so they don't have to look for something else."

The experience of domestic violence in Australia for Thai women

The Thai Welfare Association, which was defunded by the Department of Immigration and Border Protection in 2013, reports that every week up to two Thai migrant women call for help, fearing for their safety. That's two each week out of Sydney's 10,000-odd population of Thai women, most of whom have Australian-born partners.

The latest data, which was compiled in 2009 by Dr Sue Webster, a transcultural mental health clinical consultant for Thai groups, found that Thai women were seven times more likely to be victims of domestic violence than the national rate.

"They don't know about our law, and often when they do get help from refuges they're full or the women don't understand."

Dr Webster notes, however, that the sample size was small - one hundred Thai women from a total population of around 25,000.

Thai migrant women, who are often sponsored by Australian-born partners, are susceptible to domestic violence, Dr Webster explained to SBS, because often they have little knowledge about their rights and violent husbands can use that to their advantage by controlling them through false information and threats.

"They don't know about our law, and often when they do get help from refuges they're full or the women don't understand, so they just go back home because they can’t afford anywhere else."

She said most of these women, nearly 90 per cent, are from low socio-economic groups in Thailand.

The 2016 Victorian Royal Commission into Family Violence found that people from culturally and linguistically diverse communities are more likely to face barriers to obtaining help for family violence. Comment: Partner violence kills almost two women a week - and we can stop it

She explained that most Thai women believe they will be viewed as failures if they return to their families back in Thailand, Dr Webster said.

They are brought up to believe that domestic matters "should be kept private".

This extends to violence perpetrated by their intimate partners. "They think they must tolerate suffering, they marry for better or for worse," she said.

"The woman feels much shame when there is a relationship breakdown, because culturally speaking, they are to blame, they are at fault."

She also said their Buddhist faith could keep them in abusive relationships.

In fact, it wasn't until 2007 that Thailand introduced a law designed to protect victims from domestic violence – before that, physical and sexual abuse of a spouse was legal. Peoples light the candles and walk around during a downpour for religious merit making to celebrate the Buddhist Lent or 'Khao Pansa' at Wat Benchamabophit.
EPA

A case for culturally specific services?

“It’s just one element, they need a bilingual worker who can provide cultural and legal insight into Australia.

“They come here with no family network, no support network and their command of the English language may not be up to standard in terms of navigating the new country and the legal systems.”

She explained interpreters were often constrained by time limits, judgmental and unsympathetic to their needs.

Culturally specific services are also more invested in providing skills to immigrants so they can regain their independence, she said. The Thai Welfare Association, for example, trains up women with skills such as reception duties and helps them apply for jobs.

Malee said she hoped this newfound independence could help women return to Thailand and discourage their compatriots from leaving like she did. 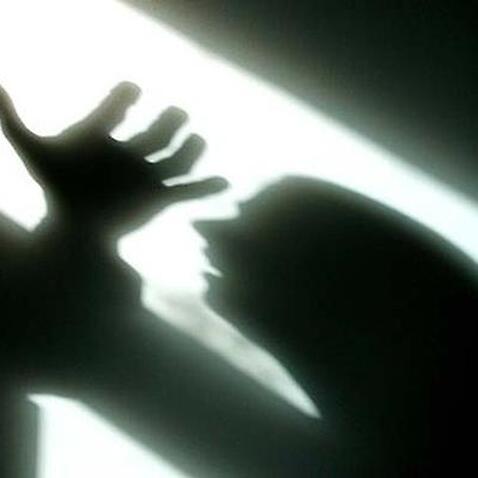 How the government supports immigrant women

None are culturally specific, however workers at three services will receive training in how to access interpreters. Women being turned away from refuges amid domestic violence 'crisis'

When SBS asked the NSW Department of Family and Community Services about whether a case for providing culturally specific domestic violence prevention services exists, a spokesperson said: "The complex nature of domestic and family violence means that no single agency would be able to resolve all of a victim’s needs."

For this reason, they said, “the NSW Government has ensured that responses across the human services spectrum for women escaping domestic and family violence complement each other and support keeping women and their children safe.”

They added that services working with clients from culturally and linguistically diverse backgrounds were expected to have an understanding of the communities in their target locations and to ensure their staff had the cultural competencies to address the needs of these communities.

When SBS asked the federal Department of Social Services if Australia should be funding culturally specific domestic violence-prevention organisations within its settlement grants program, a spokesperson said: “Family violence is unacceptable and everyone has the right to live free from harm and without fear of violence or abuse.”

The department said it had included some ethnic-specific organisations in its 2014-2015 funding round, including the Assyrian Australian Association and Chinese Welfare Services of South Australia, but clarified its grant program was not exclusively for domestic violence services. If you or someone you know is experiencing violence, you can contact: