The 70's pop icon embraces his Scottish roots, but it doesn't make him any less Australian.

John Inglis Young was 11 when he boarded the Glasgow-to-London train with his parents and waved goodbye to his extended relatives, who stood along the platform singing in the snowfall to bid the Young family farewell. From London, they boarded the SS Canberra, sailing them across the world to Australia.

Young’s father nearly took the family to Canada, if it weren’t for his mother insisting otherwise. She thought Canada was too cold.

‘Love is in the Air’, ‘Yesterday’s Hero’ or ‘Standing in The Rain’ wouldn’t have coursed through clubs around the world.

The birth of John Paul Young

Inglis was Mrs Young’s maiden name, and a centuries old surname meaning, “English-speaking Scot”. When fame struck and John needed a stage name, he was worried people would confuse him and Johnny Young, another Australian singer at the time. Yet the name John Inglis Young “didn’t fare well with my manager. It just didn’t have a ring to it.”

Rather than completely writing off his Scottish heritage, he went with the name Paul, which pays homage to the name he adopted after his Catholic confirmation.

Born in Scotland, made in Australia

JPY fondly recalls his first encounter with the "real" Australia when the ship stopped over in Fremantle.

“We were met by a guy at the bottom of the gangway as we left the ship. He'd offered to take us around to see the sights of Perth," he told SBS.

"And he'd got a handful of gum leaves of a tree, crushed ‘em in his hands, stuck it under my nose, and that was my first real Australian experience."

"This guy was a migrant who'd arrived when he was a child, and this was what the bloke did every weekend - he'd go down and pick a family off the boat, and just show them the place.”

This was the basis for how he defines Australia today – "a lovely place, and lovely people."

Despite his love for this country, that’s not to say his Scottish ties are any weaker.

In 2010, 30,000 Dundee United fans belted their lungs out to ‘Love Is In The Air’ at the Scottish Cup Final. This act immortalised the 70’s hit as one of the unofficial anthems for their club. Maybe it was also their way of staking claim to JPY. Ten years earlier, Australia also made that declaration for him when he performed in the Sydney 2000 Olympics closing ceremony.

However, he decides it’s best not to choose sides. “I identify as both very strongly," he said. "I can be as Aussie as the next bloke, and I can go back to being a Scotsman in nothing flat as well.”

Whether he’s swayed more by Australia or Scotland, one thing is certain: his family and friends are the key influences in his life.

"It’s family heritage. I think it's the attitude that the world doesn't owe you a living, and you've just gotta get out there and get amongst it, and try not to take yourself too seriously," he said.

"It's just the way my family were and their families were, and all my extended family."

Hard work is not foreign to JPY. While working as a sheet metal worker, he and other migrants from Liverpool in Sydney’s South West formed a ragtag band called Elm Tree, performing nights in pubs. Eventually, they gained a small suburban following, before JPY was discovered by British producer Simon Napier-Bell and was signed as a solo artist. From there came success after success, from top 5 hits to stage productions.

"An opportunity would arise and I would say yes. That's the only thing that's got me where I am. I rarely said no if something presented itself. I was always willing to give it a crack," he said.

Despite his huge mark on 70’s pop music, he’s still as grounded as ever. Another part of his identity which he attributes to his heritage.

"There was always someone to slap you down in the family if you got too big for your boots. There were always these subtle little ways of pulling you back in line. And that stuff I've never really forgotten, and that'll be with me forever."

JPY’s relocation from an extravagant waterfront property on Sydney’s eastern suburbs to a leafy homestead near Newcastle is a testament to his down-to-earth nature.

With a chook pen and a quaint little creek streaming through his backyard, he lives a lifestyle at odds from the JPY who was dragged off-stage by screaming teens during a live performance on 'Countdown' in 1975.

However, he tries to be as productive as he was when he first started out. The Young family work ethic is hard to shake off, even to this day.

“Don't panic. Just flow along. Life is good and good things will happen to you.”

The three-part documentary 'DNA Nation' premieres on SBS on Sunday 22 May at 8.30pm, and afterwards on SBS On Demand. 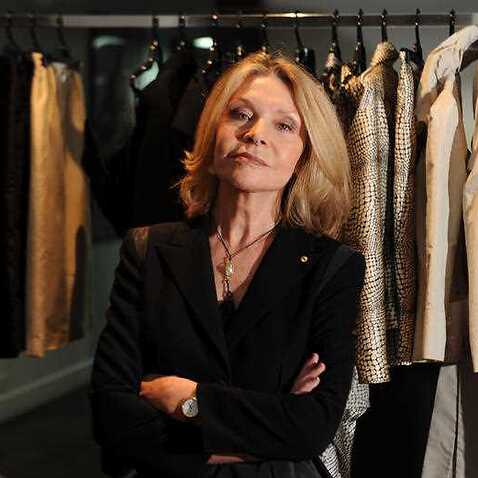