The question of whether there is intelligent life elsewhere in the universe has been asked by people for many years. But if we hear something, should we answer?\

In the absence of any signal from them, should we try to make our presence known?

One of those asking these questions is Stephen Hawking, the British cosmologist with many deep thoughts and a good sense of humour.

Unlike many celebrity scientists, Hawking’s provocative, news-grabbing statements almost always have some content worth pondering.

Hawking is part of a Breakthrough Listen project to develop more sensitive radio receivers and listen in on the alien civilisations of the cosmos.

There is another project called Breakthrough Message to design a digital message that could be transmitted from Earth to an extraterrestrial civilisation. The message should be “representative of humanity and planet Earth”.

[…] not to transmit any message until there has been a global debate at high levels of science and politics on the risks and rewards of contacting advanced civilisations.

That sounds like a reasonable idea. Better safe than sorry. But in the spectrum between, paranoia and unjustifiable fear on one side, and reasonable caution on the other, where does keeping your head low fit in? 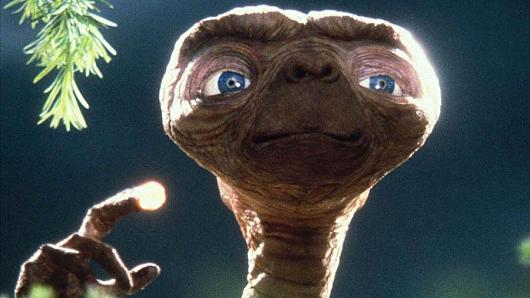 Hawking’s comments are motivated by a fear of what the aliens would do to us if they find us. In his mind, the aliens are the Spanish Conquistador Cortez and we are the Aztecs he made contact with in central America.

Tribal warfare, genocide and ethnic cleansing have been part of our history for thousands of years. Hawking’s fear is a fear of what we have done to ourselves.

Hawking says he worries that any aliens “will be vastly more powerful and may not see us as any more valuable than we see bacteria”.

But Stephen, bacteria ARE valuable. Our bacterial biomes keep us alive and healthy. They have been here for about 4 billion years. They invented the ability to harvest sunlight for energy. They produced the oxygen we breathe, and as mitochondria, they do our breathing.

"... any aliens “will be vastly more powerful and may not see us as any more valuable than we see bacteria”."

If life has formed on these other Earths, it has had, on average, 2 billion years longer to evolve than we have had. This is the fact that has Hawking worried.

If you imagine that the pace of biological and technological evolution on these other Earths is about the same as it has been on our Earth, then alien civilisations are on average two billion years more advanced than we are.

To put that time frame into perspective, two billion years ago, our ancestors on Earth were amoebas or parameciums – single-celled eukaryotes of some kind. I agree with Hawking that we should keep our heads low. But we have already opened our mouths and started coughing – betraying our existence to any big-eared aliens.

Via television broadcasts we have already sent the 1936 Berlin Olympics and the I Love Lucy show to the stars.

Currently our strongest emissions into the cosmos – emissions that are making our presence known to the aliens – are the emissions that we think are protecting us from terrestrial aliens.

Those emissions are military radar. The unintended consequence of this protective radar is that it is simultaneously shouting out to the aliens “here we are”.

So the biggest threat to humanity is humanity – our nuclear weapons, our guns, our big brains and our powerful radar systems.

While discussing the value of searching for extraterrestrial intelligence SETI, a colleague told me that it was dangerous to even listen to aliens. He thought the message would be like a Trojan horse. If we let the message into our minds, it would kill us.

It would be like sticking a virus-contaminated USB stick into your computer. The militaristic generals in the movie Contact should come to mind here: “Ellie Arroway! Don’t build that machine!”

I don’t know. Maybe Schroeder’s right and advanced aliens have made their peace with the universe. But even if there aren’t any advanced alien civilisations elsewhere in the universe, keeping your head down is probably a good exercise in humility.

Charley Lineweaver does not work for, consult, own shares in or receive funding from any company or organisation that would benefit from this article, and has disclosed no relevant affiliations beyond the academic appointment above.