The announcement follows similar moves by South Korea and Japan, the only other nations that offered significant funds for coal projects. 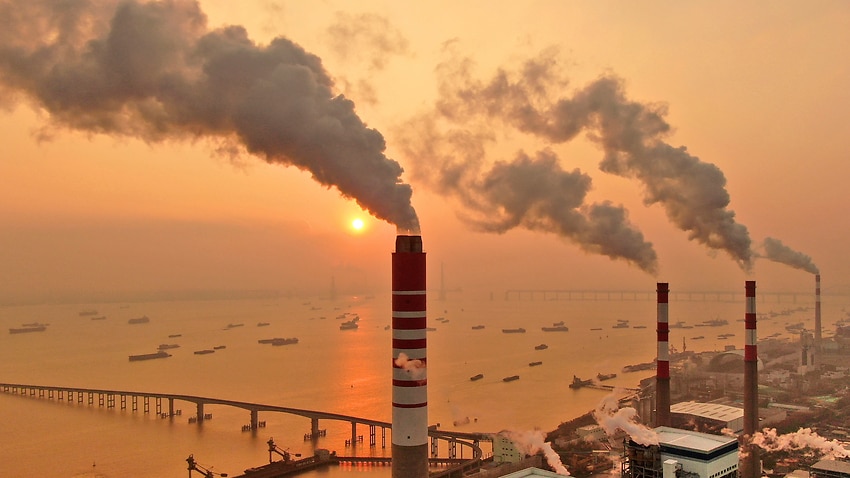 The sun sets near a coal-fired power plant on the Yangtze River in Nantong in eastern China's Jiangsu province Source: CHINATOPIX

Addressing the UN General Assembly on Tuesday, Mr Xi made the promise as he vowed to accelerate efforts to help the world battle climate change.

"China will step up support for other developing countries in developing green and low carbon energy and will not build new coal-fired power projects abroad," Mr Xi said in a pre-recorded address.

"We should foster new growth drivers in the post-COVID era and jointly achieve leapfrog development, staying committed to harmony between man and nature," Mr Xi said.

China has gone on an infrastructure-building blitz around the world as part of its Belt and Road Initiative, and until now has been open to coal projects.

In a letter earlier this year, a coalition of non-governmental groups said that the state-run Bank of China was the largest single financier of coal projects, pumping $35 billion USD since the Paris climate agreement was signed in 2015.

China, however, has kept investing in coal at home, preserving a form of industry that is also politically sensitive in the United States.

On a visit to China earlier this month, US climate envoy John Kerry said the United States has made it "clear that the addition of more coal plants represents a significant challenge to the efforts of the world to deal with the climate crisis."

China has promised to peak coal consumption by 2030 and go carbon neutral by 2060.

China's promise comes as momentum builds for a UN conference in November in Glasgow which aims to raise the ambitions of the Paris accord.

The announcement also follows similar moves by South Korea and Japan, the only other nations that offered significant funds for coal projects.

Climate advocacy movement 350.org called Mr Xi's announcement "huge," saying it could be a "real game-changer" depending on when it takes effect.

Helen Mountford, vice president for climate and economics at the World Resources Institute, said it was "a historic turning point away from the world's dirtiest fossil fuel."

"China's pledge shows that the firehose of international public financing for coal is being turned off," she said.