In numbers: The sorry state of the Earth's species

The Intergovernmental Science-Policy Platform on Biodiversity and Ecosystem Services (IPBES) published a major assessment on the health of the world's species. 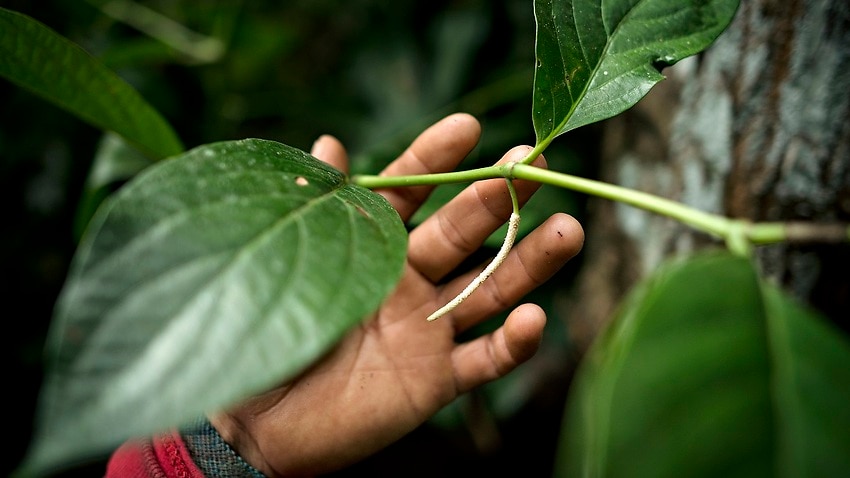 The Matico leaves are used as medicine against muscle fatigue and can be found in the Amazon rainforest. Source: AAP

The IPBES is an independent body created by more than 100 countries in 2012. Its mission is to gather all the available science on the state of biodiversity, to project future changes, and advise governments on policies to better protect nature's bounty.

The IPBES has 128 signed-up country members. Its secretariat is based in Bonn, Germany.

In 2016 the organisation brought out its maiden analysis on the sorry state of bees and other pollinating animals.

In 2016 the IPBES raised the alarm over the state of the world's bees. Source: AAP

On Friday it released assessments on the state of biodiversity in four world regions - the Americas, Africa, Asia-Pacific, and Europe and Central Asia.

Here's what we know:

- Soil erosion has affected 25 percent of agricultural land in the European Union, and 23 percent in Central Asia.

- Availability of clean drinking water has decreased by 15 percent per person since 1990.

- More than a quarter of marine fish species have declining populations.

- 42 percent of known terrestrial animal and plant species have declined in population size over the last decade.

The availability of clean drinking water has decreased in Europe and Central Asia. Source: AAP

- With 13 percent of the world's population, the region accounts for about a quarter of the total impact on global biodiversity.

- Just under a quarter of species assessed are at risk of extinction.

- Species populations - already 31 percent smaller than when the first European settlers arrived - will have shrunk by about 40 percent by 2050.

Human-induced #climatechange is increasingly driving biodiversity loss and the reduction of nature’s contributions to people. Some important findings of the Assessment Report on #Biodiversity & #EcosystemServices in the Americas at #IPBES6 pic.twitter.com/ODXnVDWZEb

- Climate change could result in the loss of more than half of Africa's birds and mammals by 2100.

- More than 60 percent of the continent's rural population depends on Nature for their survival. About a quarter of sub-Saharan Africa's 930 million inhabitants suffer for a lack of food.

- Unless something is done, fish stocks will run out by 2048.

- Up to 90 percent of corals will be severely degraded by 2050 as a result of climate change.

- Two species of vertebrates, animals with a backbone, have gone extinct every year, on average, for the past century.

- Scientists say Earth is undergoing a "mass extinction event," the first since the dinosaurs disappeared about 65 million years ago, and only the sixth in the last half-billion years.

- About 41 percent of amphibian species and more than a quarter of mammals are threatened with extinction.

- The global populations of 3,706 monitored vertebrate species, fish, birds, mammals, amphibians, and reptiles , declined by nearly 60 percent from 1970 to 2012.

- There are an estimated 8.7 million plant and animal species on our planet. This means about 86 percent of land species and 91 percent of sea species remain undiscovered.