The Indian state of Tamil Nadu is the latest to promise it will ban alcohol as proponents of prohibition gain more influence. SBS travelled to the industrial city of Hosur in Tamil Nadu.

A couple of mornings a week, 25-year-old Babu Girish can be found in one of Hosur’s local grog shops. He’s partial to a mid-morning breakfast of spicy mango washed down with a bottle of Bols Brandy.

The bar he frequents is best described as utilitarian.  It’s dingy and dirty; the drinkers here don’t come for the décor. The barman and his booze sit behind a metal grille, caged in for protection when the patrons become too drunk.

“I drink to relax.  I work in a business and sometimes if we have losses it helps to drink, it helps to take my mind off it,” said Mr Girish. 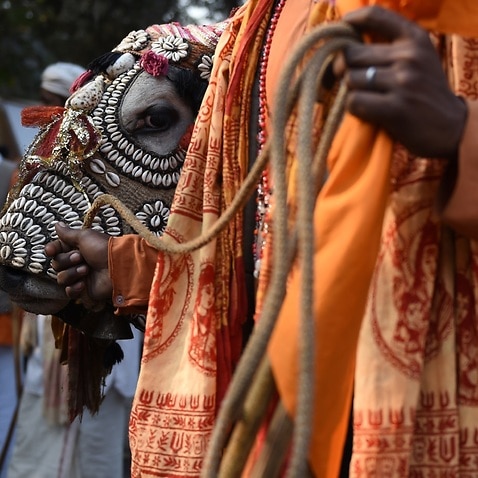 'We should kill them': Hindu extremists leave no room for beef eaters

Mr Girish is opposed to the idea of prohibition. He reckons it’s old people who want to ban alcohol, while young people are happy with the status quo.

But when he cast his ballot in the recent state election he didn’t have a lot of choice – both major regional parties vowed to ban alcohol. The DMK party campaigned on a promise to ban it immediately, while the AIADMK party was re-elected on a promise to phase it out.

Both parties calculated that by committing to prohibition they would win votes, particularly among poor women whose husbands drink the family’s paltry earnings.

“I think it’s household wisdom that poor men who do awful jobs often use what they earn in a day to go off and get drunk,” said Robin Jeffrey, a fellow of the Australia India Institute in Melbourne.

On the day she was officially sworn in, the Chief Minister, J. Jayalalithaa of the AIADMK party announced she would shut down 500 of the state’s 6500 bottle shops, reduce trading hours and set up rehabilitation clinics for alcoholics.

The problem for the Chief Minister is that alcohol is Tami Nadu’s biggest source of revenue; last year it earned the state almost $7 billion. 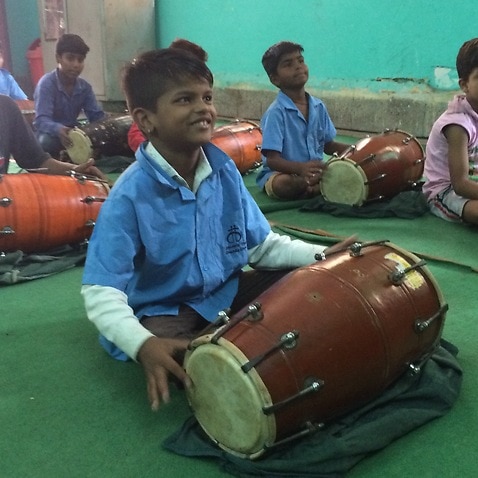 The magicians’ ghetto – an Indian slum under threat

“The states do not have a lot of fundraising power and one of the assets they do have available is to put a great whacking tax on alcoholic beverages and most of the states do this,” said Professor Jeffrey.

It’s that ‘great whacking tax’ that makes things complicated for Jayalalithaa. Tamil Nadu’s political parties have a history of giving away plenty of freebies at election time. The Chief Minister wooed her constituents by promising free laptops, subsidised motorbikes and gold for poor brides – much of it paid for with taxes from the booze she claims she’ll ban.

“Jayalalithaa is a cagey old operator and she’s been around for years,” said Professor Jeffrey. “My hunch would be Jayalalithaa will play this very carefully.”

Anti-liquor campaigners say there are 13 million alcoholics in Tamil Nadu although independent figures are difficult to verify.

Across the state, local charities have established what they call de-addiction centres for people who are ready to admit they have a problem with alcohol.

In the village of Urugam, outside Hosur, an organisation called Namanam is committed to helping alcoholics, both men and women, get dry.

Namanam offers them work as well as counselling.  The women make sanitary napkins and process peanuts and tamarind while the men make bricks and work on agricultural projects.

Those who run these centres say many villagers don’t understand the toll that alcohol can take on their health.

“My personal view is that alcohol should be banned,” said Rajeeva Nrupathunga, Namanam’s chief coordinator.

He says locals who are illiterate don’t understand that alcohol is potentially dangerous. ‘If I ruin her appearance no one else will want her either': the horror of acid attacks

“They’re unaware of the health issues, that is creating a lot of problems. Women and children are getting addicted – they lack education so they are problems that I personally come across in remote villages.”

It’s the same story across the country, which is why some states have introduced prohibition.  Alcohol is banned in the states of Gujarat and Bihar, while Kerala has introduced a partial ban.

Tamil Nadu has had an on-again, off-again prohibition policy for many decades. The government has a history of saying no to alcohol only to fall off the wagon when it’s desperate for extra cash.