India, with its population of 1.3 billion people, has the world's second-highest number of coronavirus cases but far fewer reported deaths than other badly-hit countries. 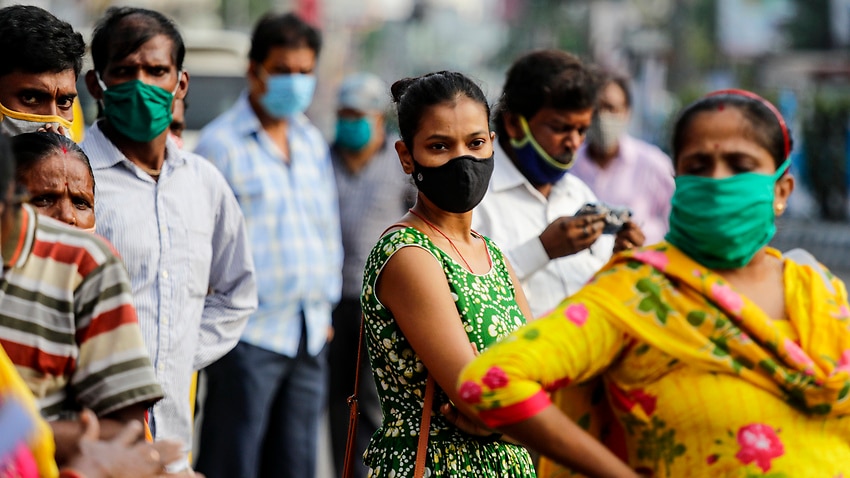 India's number of COVID-19 infections has passed seven million, the second highest number of any country after the US, but its low death rate continues to baffle experts, with explanations ranging from the young population to immunity given by other endemic viral diseases and under-reporting.

India said on Sunday there had been 108,334 fatalities from coronavirus since the first death was reported in mid-March.

The world's second-most populous nation has the lowest number of deaths per 100 confirmed cases - the observed case-fatality ratio - among the top 20 worst-affected nations at 1.5 per cent, according to a Johns Hopkins University tally.

There could be various reasons for this.

Older people suffering from conditions such as diabetes and heart disease have become a particular target of the pandemic but India has a young population with a median age of 28.4, according to the UN World Population Prospects report.

The Indian government says the first infection was detected on 30 January, with numbers passing 100 in mid-March.

By that time, the epidemic was already raging across Europe. Italy had reported more than 24,000 infections and almost 2,000 deaths, while France recorded nearly 5,500 cases and around 150 deaths.

Prime Minister Narendra Modi ordered a nationwide lockdown from 25 March that severely limited movement. That gave India time to prepare for the pandemic, while experts say the strict lockdown may have helped doctors learn from the experiences of other countries.

"Many of the treatment protocols were much better stabilised (by that time), whether it was oxygen use or ICU use," Anand Krishnan, a community medicine professor at the All India Institute of Medical Sciences in New Delhi, told AFP.

India is the world's second most coronavirus affected country after the United States. Source: AP

Virologist T Jacob John and other experts told AFP it is possible that other viral diseases such as dengue fever, which is endemic in India, may have given the population some antibody protection against the coronavirus.

Others say it is also plausible that exposure to other milder coronaviruses could give some cross-immunity. But all experts say more research is needed into this line of defence.

India already does not count all deaths. The problem is more acute in rural areas where 70 per cent of the population live. Many rural deaths are not recorded unless the person has been in a hospital.

This has been accentuated during the coronavirus. In many cities, tallies given by city governments and at cemeteries and crematoria do not match. Activists accuse some states of deliberately blaming other conditions for COVID-19 deaths.

"Our poor routine death surveillance system... misses many deaths in the first place," Bangalore-based community medicine expert Hemant Shewade told AFP. He said that only one in five deaths is recorded with a cause.

Mr Shewade, who has been analysing India's official toll data, said many suspected COVID-19 deaths were not being recorded.

Government-conducted serological surveys - which test blood for antibodies to estimate how many have fought off the virus - indicate that 10 times the official number of people may have already been infected, meaning many deaths could have gone unreported, he added.

Meanwhile in some cases, the coronavirus may not be listed as the cause of death for patients with other medical conditions.

How to boost accuracy

Experts say greater toll accuracy is possible if is there is more testing, better recording of deaths and post-mortem examinations are carried out on suspected victims.

Monitoring excess mortality - the number of deaths above the "normal" figure - as well as deaths at home could also shed some light on the real toll, Mr Shewade said.