A woman in India is fighting for her life after being set on fire as she traveled to testify against her alleged rapists. 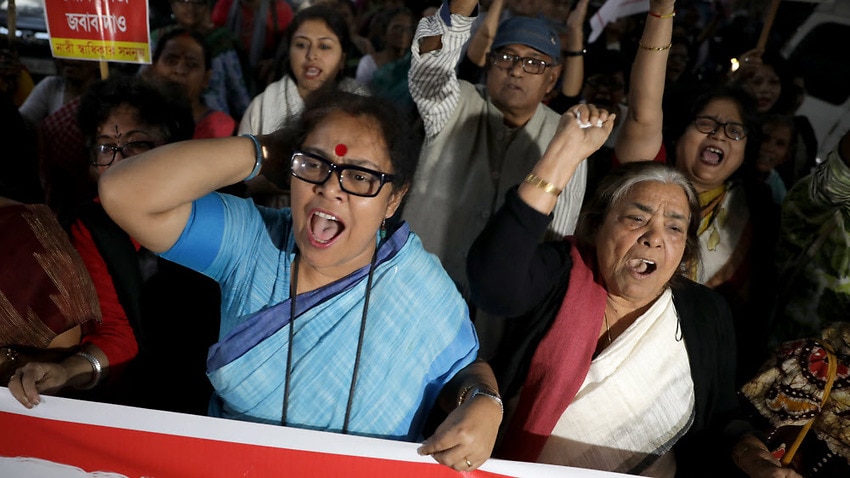 An Indian woman was in a critical condition on Thursday after allegedly being set on fire by two men she had accused of rape as she travelled to give evidence against them in court, police said.

The victim told police that she was attacked by the two men and three others on her way to the court hearing in the northern state of Uttar Pradesh, in the latest gruesome case of violence against women in the country.

All five men have been arrested and are being questioned, senior policeman Suvendra Kumar Bhagat told AFP, adding the woman has been rushed to the state capital Lucknow for medical treatment.

The incident came to light with India still reeling over a brutal gang-rape and murder of a 27-year-old female vet in the southern city of Hyderabad last week.

Four men deflated a tyre on her scooter and tricked her with the promise of fixing it.

Police say that they then raped and murdered her before setting the body on fire under an isolated bridge.

The horrific crime has triggered protests across India, recalling a 2012 gang-rape and murder of a woman on a Delhi bus.

More than 33,000 women were raped in India in 2017, according to the latest official figures, but experts say that vast numbers of assaults go unreported.