Almost $50 million is going to Indigenous services as part of a Closing the Gap overhaul - but groups say much more is required to achieve targets. 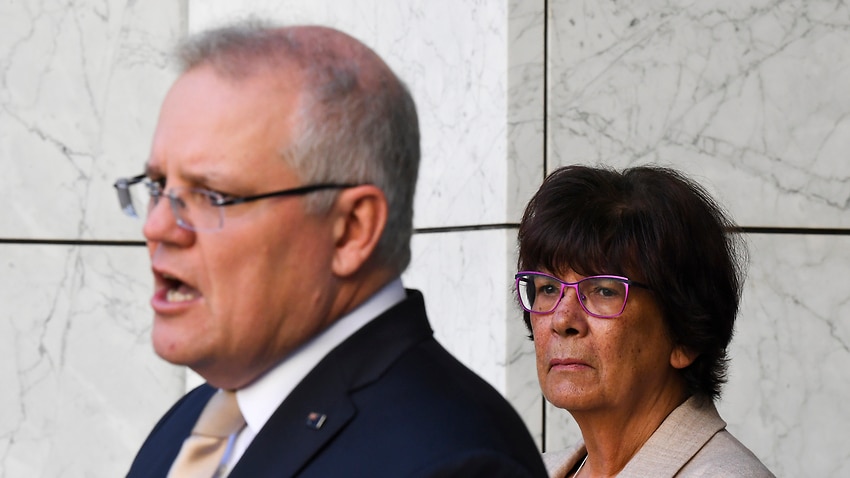 Advisor on the design of the Indigenous voice to government Pat Turner (R) and Prime Minister Scott Morrison (L) at Parliament House in Canberra Source: AAP

Indigenous community groups will receive a $50 million funding boost to help deliver Closing the Gap targets, but some are warning this will barely put a dent in the total investment needed.

The federal government and Indigenous organisations have worked to overhaul the Closing the Gap plan, with the revised strategy putting Aboriginal and Torres Strait Islanders at the centre of decision making.

The Coalition of Peaks, which represents around 50 Indigenous organisations, has welcomed the $50 million funding commitment, but says massive under-investments over many years will not be easily fixed.

"There has been a significant under-investment in Aboriginal community-controlled organisations across where our Aboriginal people are particularly over-represented," National Voice of our Children Chair Muriel Bamblett told SBS News.

"It is fiscally a terrible time under COVID... but we really need greater commitment and strengthening of Aboriginal community-controlled groups."

The federal government is partnering with states and territories to deliver the support to the community organisations and will make a $46.5 million co-contribution over the next four years.

The #CoalitionofPeaks are clear that much more additional funding is required to deliver on all the outcomes of the #newNationalAgreement on #ClosingtheGap and expect that governments will make additional funding commitments in the future and through their Implementation Plans.

Minister for Indigenous Australians Ken Wyatt said the funding is aimed at delivering the reforms of the new Closing the Gap agreement and to "drive improvements in life outcomes."

The revamped deal includes 16 new targets agreed upon with Indigenous community groups to tackle disparities in education, justice, housing and other areas such as enhancing cultural protection.

The targets include an aim to reduce the number of young Indigenous Australians in detention by at least 30 per cent by 2031 and at least 15 per cent for adults.

Other targets seek to lift the proportion of secondary school graduates to 96 per cent in the next decade and to reduce family violence, overcrowded housing and the number of children in out-of-home care.

Indigenous groups have said financial backing will be critical to deliver the targets.