Australians from Indigenous, migrant and refugee backgrounds are among some of the recipients of today's Queen's Birthday Honours.

When Warren Mundine was growing up in the New South Wales city of Grafton, he never expected he would become one of the country's leading voices for Indigenous rights.

"The big vision we had was going to work in a factory and just feed the family and get a house," Mr Mundine said.

But it was seeing his parents and siblings working to serve the community that inspired Mr Mundine to further the rights of Indigenous Australians.

His work has been recognised with an Order of Australia award in this year's Queen's Birthday Honours list.

"You don't do these things for awards," Mr Mundine said.

"You do this work because you want to help out and do community work."

"I came here with nothing but an invisible suitcase of dreams"

After fleeing Vietnam during the war, he came to Australia by boat and has since spent his life giving back to the country that welcomed him.

"I came here with nothing but an invisible suitcase of dreams," Mr Le said.

"I think it's a privilege to be able to pay it back to do something to contribute to the society which has given to us so generously and so much."

Other honourees include Rhoda Roberts, who has coordinated events from the Sydney Olympics to New Years Eve celebrations, and Indian refugee Darshak Mehta, who co-founded Learning for a Better World, a charity providing education to thousands of disadvantaged youth around the world.

Ms Roberts has been recognised for her contribution to Indigenous Arts in Australia.

"It's quite honouring, particularly when I think of the people who have gone before me and how they've laid down those paths," she said.

Mr Mehta, who grew up in India where extreme poverty is a daily reality, said it was important for communities t have empathy.

"If we don't have empathy towards our communities, towards people who are not in a position to help themselves or to people who we owe it to, who else is going to do it?" he said.

Governor-General Sir Peter Cosgrove said the 771 Australians being honoured were role models who gave without any thought of recognition or personal gain.

"We are a stronger, safer and more caring nation because of them," he said.

Queen's birthday honours by the numbers

- 565 feature in the General Division of the Order of Australia

- 206 recognised through meritorious and military awards

General division of the Order of Australia

Military division of the Order of Australia 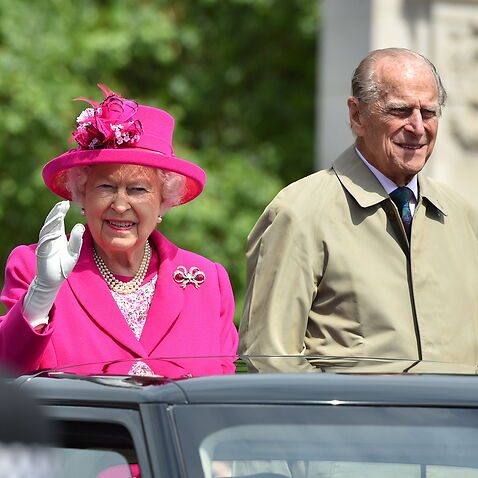