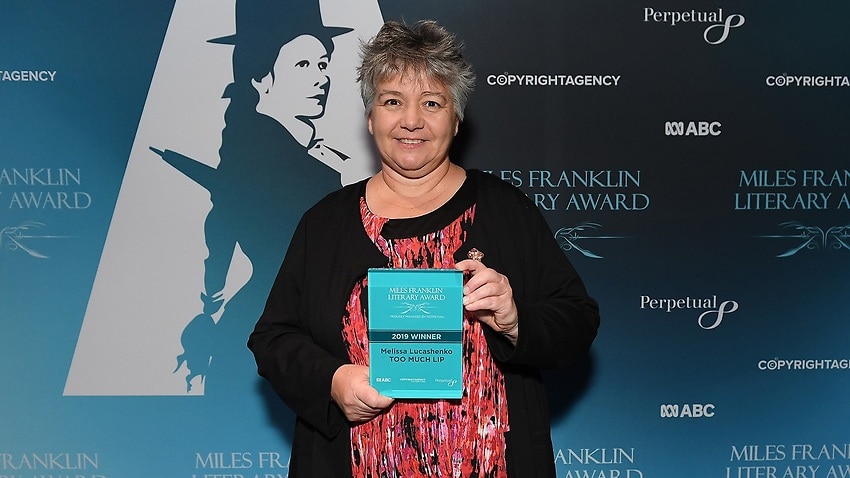 For her work in weaving a tale of generational trauma told with "deadly black" humour, Melissa Lucashenko has won Australia's most prestigious literary award.

The Indigenous novelist was announced on Tuesday as the winner of the 2019 Miles Franklin Literary Award for her novel Too Much Lip.

Lucashenko, who has been previously longlisted for the award and is a Walkley Award winner, receives $60,000 prize money.

"It's kind of terrifying," she said in a statement.

"I only recently realised that I could be doing so much more in my writing and now this goes and happens. I have no idea what to do next, other than keep plugging away at my civilising mission to mainstream Australia."

The book, published by University of Queensland Press, is a tale about a "wise-cracking" woman who has spent a lifetime avoiding prison and her hometown but is pulled back to the latter when she finds out her grandfather is dying.

The novel weaves a "sometimes fabulous" tale of the very real politics of cultural survival to offer a story of hope and redemption for all Australians, according to judging panel chair Richard Neville.

"Too Much Lip is driven by personal experience, historical injustice, anger and what in indigenous vernacular could be described as 'deadly black' humour," he said.

The Miles Franklin Literary Award was established through the will of My Brilliant Career author Miles Franklin and is awarded every year to a novel that captures Australian life in "any of its phases".