The death toll from the earthquake on the island of Lombok has climbed to 436, Indonesia's disaster management agency says.

The death toll from a devastating earthquake that hit the Indonesian island of Lombok has risen to 436, the country's disaster management agency says.

More than 1,350 were injured and 352,000 have been displaced after the August 5 quake, agency spokesman Sutopo Nugroho said. 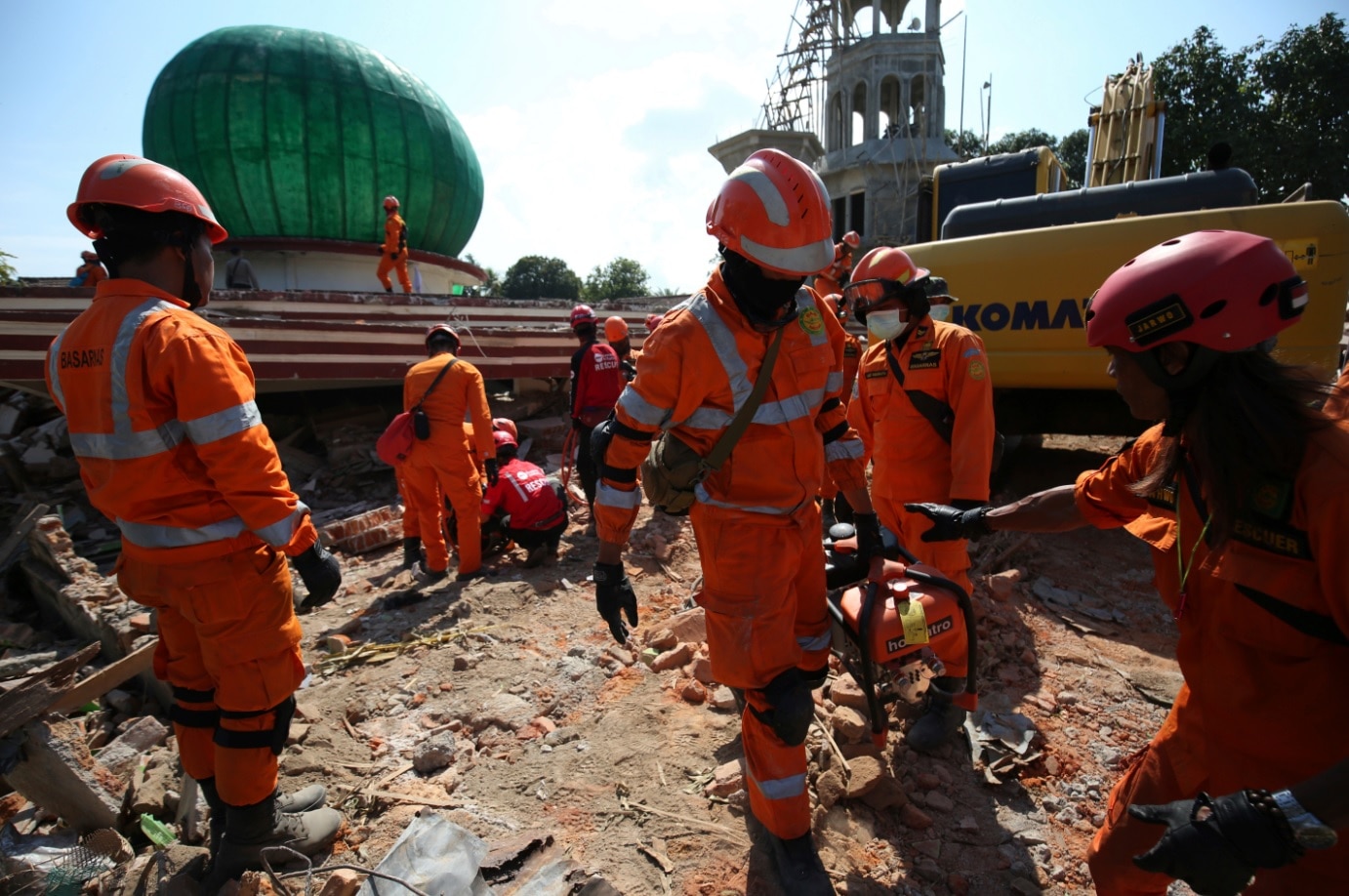 Rescue workers conduct a search around the mosque that many people were pressed under the building in Lombok Island, Indonesia on Aug. 10, 2018.

Losses as a result of the disaster are estimated at 5.04 trillion rupiah ($A474 million), he said.

"The damage and losses are huge," Nugroho said in a statement.

"It will take trillions of rupiah...and a lot of time to heal the lives of the people and the economy of Nusa Tenggara Barat," he said, referring to the province home to Lombok. Search efforts have been complicated by a string of aftershocks, including a 6.2 magnitude quake last Thursday.

Aid and volunteers continue to arrive on the island to help the displaced, but efforts have been stymied by the limited number of vehicles available for transport duties, he said.

Tens of thousands of building are damaged, including at least 67,000 houses, 606 schools, three hospitals, 65 mosques and six bridges. A soldier tries to calm panicked residents during a violent aftershock in Lombok.
Getty Images

On Monday, Indonesian President Joko Widodo visited the island for the second time since a slightly smaller quake on July 29.

He has called for search operations and relief efforts to be stepped up.

"I have ordered that the evacuation of victims who have not yet been found be made a priority," Widodo said in a statement.