It's the latest in a string of disasters to hit Indonesia, prompting an emergency response that has been complicated by the COVID-19 pandemic.

At least 73 people have been killed after an earthquake struck Indonesia’s West Sulawesi province, the disaster mitigation agency said on Sunday, the latest in a string of disasters to hit the Southeast Asian country.

More than 820 people were injured and over 27,800 left their homes after the 6.2 magnitude quake on Friday, BNPB spokesman Raditya Jati said. Some sought refuge in the mountains, while others went to cramped evacuation centres, witnesses said.

Police and military officers have been deployed to crack down on looting in several parts of the region, Mr Jati added, while rescuers raced to find anyone still alive under mountains of rubble.

An emergency response status, intended to help rescue efforts, has also been put in place for two weeks, he said. 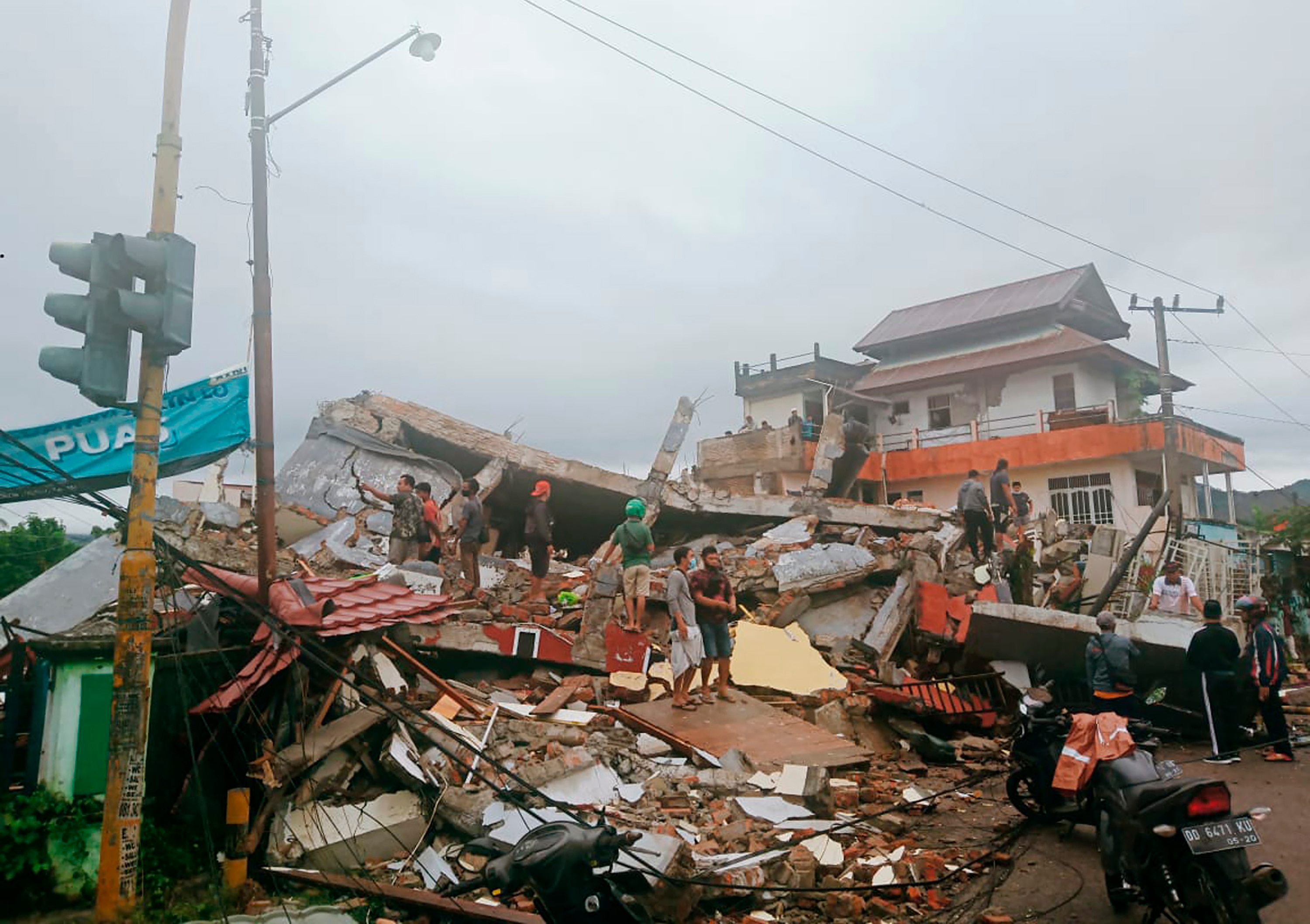 Excavators, cranes and other heavy equipment were deployed across the devastated seaside city of Mamuju, where buildings were reduced to a tangled mass of twisted metal and chunks of concrete, including the regional governor's office.

"All I had in my mind was that I would die ... Everyone was panicking."

Masked doctors treated patients with broken limbs and other injuries at a makeshift medical centre set up outside the only one of the city's hospitals that survived the quake relatively intact.

Among them was Wawan, who was rescued by neighbours after the violent tremor buried him.

The 27-year-old initially didn't want to go into a hospital to treat a broken foot.

"I was traumatised," said the man, who like many Indonesians goes by one name. 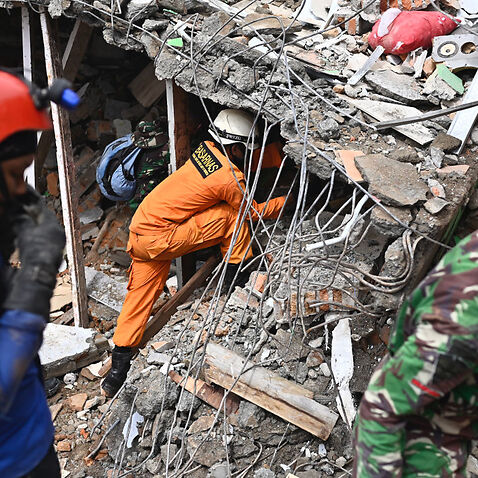 Thousands left homeless by the quake took to makeshift shelters - many little more than tarpaulin-covered tents filled with whole families.

Many survivors are unable to return to their destroyed homes, or were too scared to go back fearing a tsunami sparked by aftershocks, which are common after strong earthquakes.

"It's better to take shelter before something worse happens," said Mamuju resident Abdul Wahab, from a tent with his wife and four kids, including a baby.

Fearing an outbreak of coronavirus in the crowded camps, authorities were trying to separate high and lower-risk groups. Rescuers search for survivors at a collapsed building in Mamuju city on January, a day after a 6.2-magnitude earthquake rocked Indonesia's Sulawesi island.
AFP

Landslides sparked by torrential rains killed at least 28 in Java island, while dozens are dead or missing after severe flooding pounded another part of Sulawesi and Kalimantan, Indonesia's section of Borneo.

Volcano Mount Semeru shot a plume of ash and debris some 4.5 kilometres into the sky on Saturday night (local time) as bright red lava flowed down its crater. There were no reports of casualties.

Indonesian experiences frequent seismic and volcanic activity due to its position on the Pacific "Ring of Fire", where tectonic plates collide.

And on December 26, 2004, a massive 9.1-magnitude earthquake struck off the coast of Sumatra, triggering a tsunami that killed 220,000 throughout the region, including 170,000 in Indonesia - among the worst recorded disasters in history.