A burns specialist has told an inquest into the death of an Iranian asylum seeker, who set himself on fire on Nauru, that his injuries were survivable. 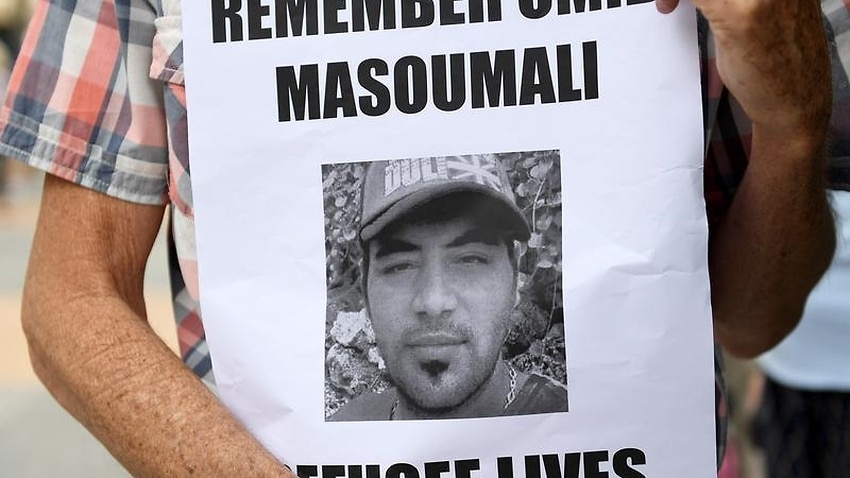 An Iranian refugee who set himself on fire on Nauru would almost certainly have survived had he been treated in Australia, an inquest has been told.

Burns specialist Jason Miller treated 23-year-old Omid Masoumali at Royal Brisbane and Women's Hospital about 30 hours after he burned himself in April 2016, before he died of organ failure.

Dr Miller testified based on Mr Masoumali's age and the fact around half his body was burned that the injuries would have a death rate of five-to-10 per cent under his care.

That would have been the case for most major Australian metropolitan hospitals, he told Brisbane Coroners Court on Wednesday.

"A major burn on a Pacific island like his, I would expect to be lethal 100 per cent of the time," Dr Miller said.

"The only chance he had was to have more effective care in an earlier time frame.

"Unfortunately, that couldn't be provided."

Based on discussions with Nauru-based doctors before Mr Masoumali's transfer to Brisbane, Dr Miller was under the impression he was likely to survive.

After being shown photos of Mr Masoumali under care in Nauru hospital for the first time on Wednesday, he agreed with the family's barrister Shane Prince SC conditions there were "wholly unacceptable from a clinical point of view".

"There is an inequity of service delivery to a patient with a major burn," Dr Miller said.

"At the stage of all my discussions, he was stable. So, certainly it appeared the burn was very survivable at that point."

Mr Masoumali died two days after suffering the injuries he inflicted in front of UN representatives who upset and frustrated his partner, the inquest has heard.

He poured petrol onto his clothes, with phone footage showing him pacing around a re-settlement area of Nauru, yelling intensely then being engulfed in a large ball of flames.

The inquest also heard from International Health and Medical Services (IHMS) emergency officer Edward McGregor who said he was told refugees resettled in the community, including Mr Masoumali, were to be treated at the Nauru hospital.

"It was reiterated to me on arrival on the island," Dr McGregor said.

"I was not to be the treating doctor or the practising physician and (Mr Masoumali) belonged to the Republic of Nauru."

Careflight nurse Tracey Griffiths, who was involved in his transfer to Brisbane, said Nauru hospital conditions were unclean and the only soap available to wash hands was dishwashing liquid.

But both she and Dr McGregor believe Nauru hospital staff did the best they could the treat Mr Masoumali.

IHMS was not in charge of making the decision to transfer Mr Masoumali to Australia, director Peter Rudolph told the inquest.