A report into Victoria's troubled hotel quarantine program for returning international travellers will be delivered by the end of September. 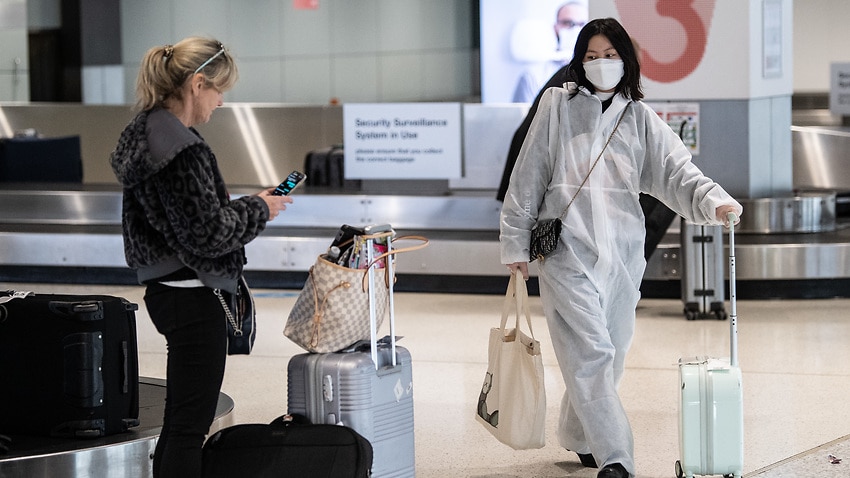 A passenger wearing a protective suit and mask collecting baggage after arriving on a flight from Melbourne. Source: AAP

Justice Jennifer Coate, one of the state's most experienced judicial officers, has been appointed to lead an inquiry into Victoria's disastrous hotel quarantine program.

Confirmation of the inquiry details comes amid claims of widespread problems with the coronavirus quarantine of returned travellers which is now on hold for a fortnight.

There are allegations of under-trained staff, inadequate personal protective equipment, billing rorts by private security contractors and even claims that some hotel guards slept with guests.

The probe follows the tracing of a big proportion of recent coronavirus cases in Victoria to breaches in hotels hosting returned travellers.

All travellers returning from overseas must quarantine in a hotel for two weeks. Source: AAP

Justice Coate will look into allegations that infection control protocols were breached at the quarantine hotels.

The inquiry will probe decisions and actions by the government, hotel operators and private contractors, as well as training provided to staff.

Opposition leader Michael O'Brien on Thursday told reporters the hotel quarantine program had been a complete and utter debacle, and demanded the sacking of Health Minister Jenny Mikakos.

"The government decided to put in place poorly trained unqualified private security guards to look after hotel quarantine," he said.

He also showed concern the inquiry would be a "cover up", rather than shining light into what had happened.

Victoria Police Chief Commissioner Shane Patton said the role of police in hotel quarantine was to provide assistance for returned travellers and help make sure they reached their accommodation, not to supervise the hotel security.

Police Minister Lisa Neville on Thursday added that government and agencies had little time to implement the quarantine program, saying the inquiry will scrutinise the decision-making during that process.

"It was for agencies to work out the best system to do that, to get hotels who put their hands up at that time," she said.

"We did it within 24 hours so quick decisions were made by various agencies and again I'm not going to throw anyone under the bus."

Victorian Chief Health Officer Brett Sutton said on Thursday he wasn't aware of breaches by staff workers at the hotels, but hoped the inquiry would help reveal possible mistakes.

The Victorian government has provided $3 million for the inquiry, which will report by September 25.

Justice Coate was a royal commissioner for the inquiry on institutional responses to child sexual abuse.