As Australia marks the 50th anniversary of the Indigenous referendum, artist Tracey Moffatt reflects on her success that she puts down to hard work.

Tracey Moffatt is one of Australia's most successful artists, both nationally and internationally.

Her films have screened at Cannes Film Festival and she has exhibited work in New York and Paris and now her work in being showcased at the most significant art event in the world, the Venice Biennale.

The Brisbane-born artist is the first Indigenous person to have a solo exhibition showcased in the Australian pavilion at the Venice Biennale.

Her exhibition, titled My Horizon, is a culmination of 16 months of work and includes two new series of photographs and two videos. Tracey Moffatt is the first Indigenous person to have a solo exhibition showcased in the Australian pavilion at the Venice Biennale.
SBS News

Moffatt says each work portrays the social issues of our time, including the plight of refugees and Indigenous rights, as seen through her eyes.

“The story a Body Remembers is a little bit based on my family history," she said.

"My Aboriginal great-grandmother worked on a cattle property in outback Queensland she was a cook. Then my mother also worked as a domestic.

“In the end inspiration comes out of my Moffatt brain, the Moffatt memory bank.”

Over the past 25 years, Moffatt has produced a cohesive body of work, holding around 100 solo exhibitions in Europe, the US and Australia.

She says she always draws on inspiration from her background as an Indigenous Australian.

“In traditional Aboriginal culture everyone was an artist, you know, no -one wasn't an artist, so I think my confidence since I was a kid in my play with backyard photography and so on, and my make believe and set up, confidence comes from that,” Moffatt said. 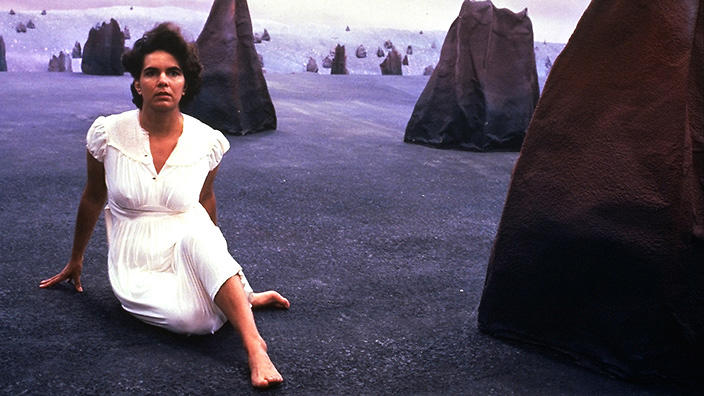 Curator Natalie King says Moffatt’s work is like no-one else’s in the world.

“She's a female artist, she's an Indigenous artist, she's a global artist and she in many ways takes the tempo of our times by looking at ideas of journeys, of displacement, of loss, of longing. I think her work is incredibly universal and open,” Ms King said.

Moffatt says each series devolves upon an unwritten narrative, a story implied, but never stated.

While the powerful expression in her work will always refer to her heritage, she says she never wants to be defined by race. 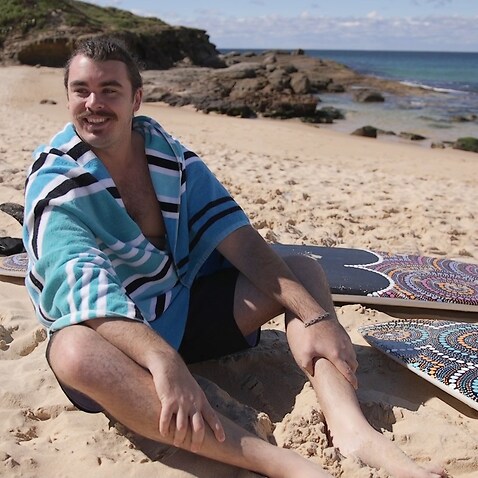 From surf to the sky: Torres Strait Islander artist paints education as the future 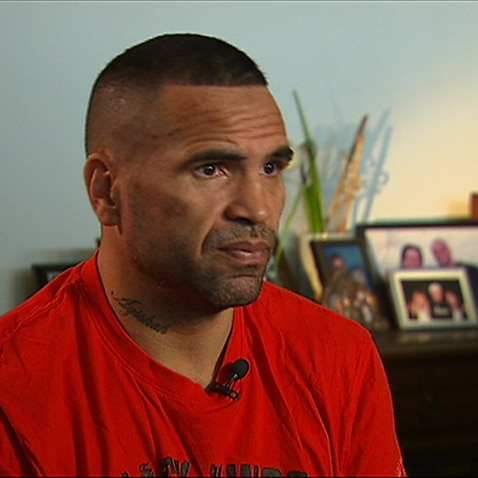