It can be difficult to realise poor sleep and mental health are connected, writes Alexandra Nicolopoulos. Even harder, sometimes, to then ask for the necessary help.

I remember hearing a horror story about a woman who had gone in for surgery. The anesthetic had not worked properly. She could hear and feel everything going on during the procedure, but her body was completely paralysed. She was unable to tell those operating to stop. The pain was excruciating. She tried screaming. She couldn’t. Everyone thought she was asleep. In a normal surgery, she would be. But this was not a normal surgery. She was very much awake. Feeling everything.

For one minute, consider this. It’s 10pm. While the world sleeps, you lie awake. Time doesn’t pass in minutes at this time of night. It passes in thoughts. Ruminations. Worries. The minutes become hours. It’s pitch black. No TV. No internet. You reacquaint with your 8-year-old self and count sheep. You’re so desperate for sleep. Nothing. Suddenly, it’s 2am. You think back to last nights’ broken sleep. You were woken by debilitating flashbacks and aroused by immense fear and anxiety. By the time you realised you were safe, your alarm was going off. Just as it is right now: 5am.

I have been contending with this sleep pattern for a long time now. Only in the last year or so, however, have I accepted that there is a lot more going on for me than just being ‘a bad sleeper’. In and of itself, this has been a challenge. Being trained in psychology and having worked in and among ‘the helping professions’ for as long as I can remember, I don’t like to ask for help. I am a helper. So when it first occurred to me that all this work I was doing to try and help others with anxiety, depression, trauma, was actually eliciting these same responses for me, it was really hard to take. I didn’t understand. I am not sure I wanted to understand. I didn’t know how I felt about acknowledging that I may help myself with the very things I was working to help others with. I was getting less and less sleep, and feeling more and more alone. I needed to do something.

Being trained in psychology and having worked in ‘the helping professions’ for as long as I can remember, I don’t like to ask for help. I am a helper.

I had a word with myself and realised that it was time to put my big girl pants on. I decided to accept that we cannot help anybody else in this life until we actually help ourselves, and so I sought help. I found a great psychiatrist with whom I felt comfortable enough to begin psychotherapy. Soon after starting though, I stopped. He challenged some thoughts of mine that made me really uncomfortable, and the sessions had elicited some memories and feelings I wasn’t ready to deal with. Essentially, he had been too good at his job, and I never went back. Big mistake. As you can imagine, I became completely overwhelmed by all the feelings and emotions that I was now contending with on my own, and my sleep became the worst it had ever been. 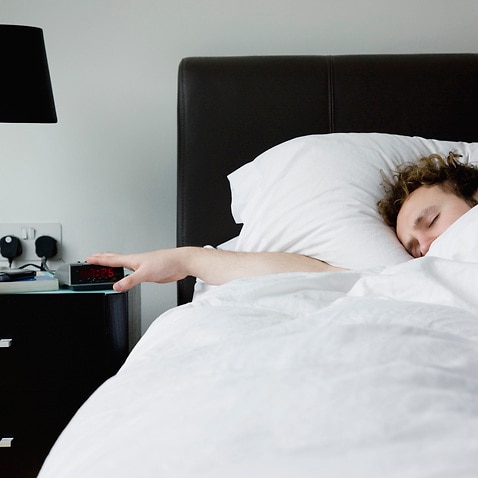 Explainer: what is insomnia and what can you do about it?

It was at this desperate moment, without psychiatric support and surviving on little to no sleep, that I went to a GP. And was utterly disheartened. I would’ve hoped that presenting to a GP and telling them I was almost certain my insomnia was caused by ill mental health would warrant, at the very least, a mental health check. Instead, I was half-heartedly encouraged to go back and see my psychiatrist and handed a script for Temazepam (after disclosing I have a highly addictive personality and sleeping tablets had not worked for me in the past). I felt not only helpless in myself at that stage, but completely hopeless. If the GP wasn’t hearing my struggle, and could not help me, then who could?

I’ll manage my sleep only if I learn to manage the things going on inside of my head.

Discouraged, I went home and had a double dose of Temazepam … with some wine (please don’t try this at home). Funnily enough, it worked. But here’s the thing. I did the same thing the following night, and could not sleep. I thought about why it had worked the first night, and not the second. What I realised was I had been acutely anxious and suffering low affect the night it worked, whereas I had been feeling fine on the night it hadn’t. It became obvious to me that it was the disinhibiting effects of the wine, which had temporarily disabled the anxiety and depression, that had allowed me sleep, and not the medication. Moral of the story: I’ll manage my sleep only if I learn to manage the things going on inside of my head. Mr. Psychiatrist, I need to make an appointment!

I think it is important to note that many co-morbid sufferers of insomnia and mental health conditions may never make this connection themselves. This puts them at very high risk for addiction and worsening mental illness. It is the responsibility of health professionals to provide competent and reliable assessment and treatment. Always.

Alexandra Nicolopoulos is a guest on Insight's episode, Sleep, which looks at the impact sleep has on our health and wellbeing | Catch up online now:

Please consult your GP if you are concerned about your mental health and/or sleep patterns. Lifeline can provide crisis support (T: 13 11 14) and more information can be found at the Black Dog Institute.