Jo was forced to endure setback after setback on her journey to become a mother. She reveals the ups and downs and how her life has changed now.

I always knew I wanted to be a mother. I didn’t know when that would happen for me but it was one of those things I was certain would be in my future. Unfortunately the path to get there was not an easy one.

At 33 I was in a relationship when I found out I had a low level of fertility. Suddenly having children was not such a certainty. I remember thinking about Christmas day without little ones – not having children under the Christmas tree, not being able to take my kids to a footy game and put them in a cute little footy jersey. I thought of missing out on taking them to the beach and having the water lap their feet. It made me realise how much I wanted this in my life and I knew I needed to act sooner rather than later to try and make that happen.

At 34 I decided to freeze my eggs, around the same time my relationship came to an end. I was devastated but determined to push ahead with my family plans. If I had to do this alone then I would.

Unfortunately I had two failed attempts to extract eggs for freezing and my third and last attempt yielded only one egg.

With my one frozen egg, as well as my fresh eggs, I began the search for a sperm donor. I chose one from the US as Australian donors were quite limited and the US provides much more medical and family history than Australian donors. Unfortunately I had two failed Intrauterine Insemination attempts with the US sperm using my fresh, live eggs. At this point I was an emotional mess. I was anxious, and depressed. I lost about 12kgs and I had to move back home with my parents, who had agreed to fund my baby journey which was costing thousands of dollars. Jo and John met via an online dating site.
Supplied

Then in the midst of all this I met John via an online dating site. I was hoping to meet someone but not really expecting to. I told him straight away about my baby plans and expected him to run a mile but he didn’t. After only a few months of dating he joined me on the journey. He did have mixed feelings about using the US sperm donor as he felt like he was on the sideline to the process - as I had already started - but he knew I’d already committed so he supported me as best he could.

I began my second round of IVF with the US sperm donor but had three failed IVF attempts. So John and I decided we would try to conceive naturally. But in a devastating setback, John’s fertility tests showed he had a rare condition which meant he couldn't produce sperm. In yet another blow I was also then diagnosed with endometriosis. A condition which means cells similar to the lining of the uterus grow outside the uterus. The condition can cause cyst formation, adhesions, and severe pain. It's also incredibly hard to fall pregnant if you have endometriosis.

At this point conceiving a child didn’t seem to be an option for us so I started looking into egg donors. During my search I came across an Australian couple who wanted to donate their six remaining IVF embryos. They had two children and wanted to help someone else become parents.

I was a little dubious at first. I would be using someone else’s embryos - the child would have no genetic link to either John or I.

After a lot of discussion we eventually came to the conclusion that this was really too good an option to pass up. Time was ticking. 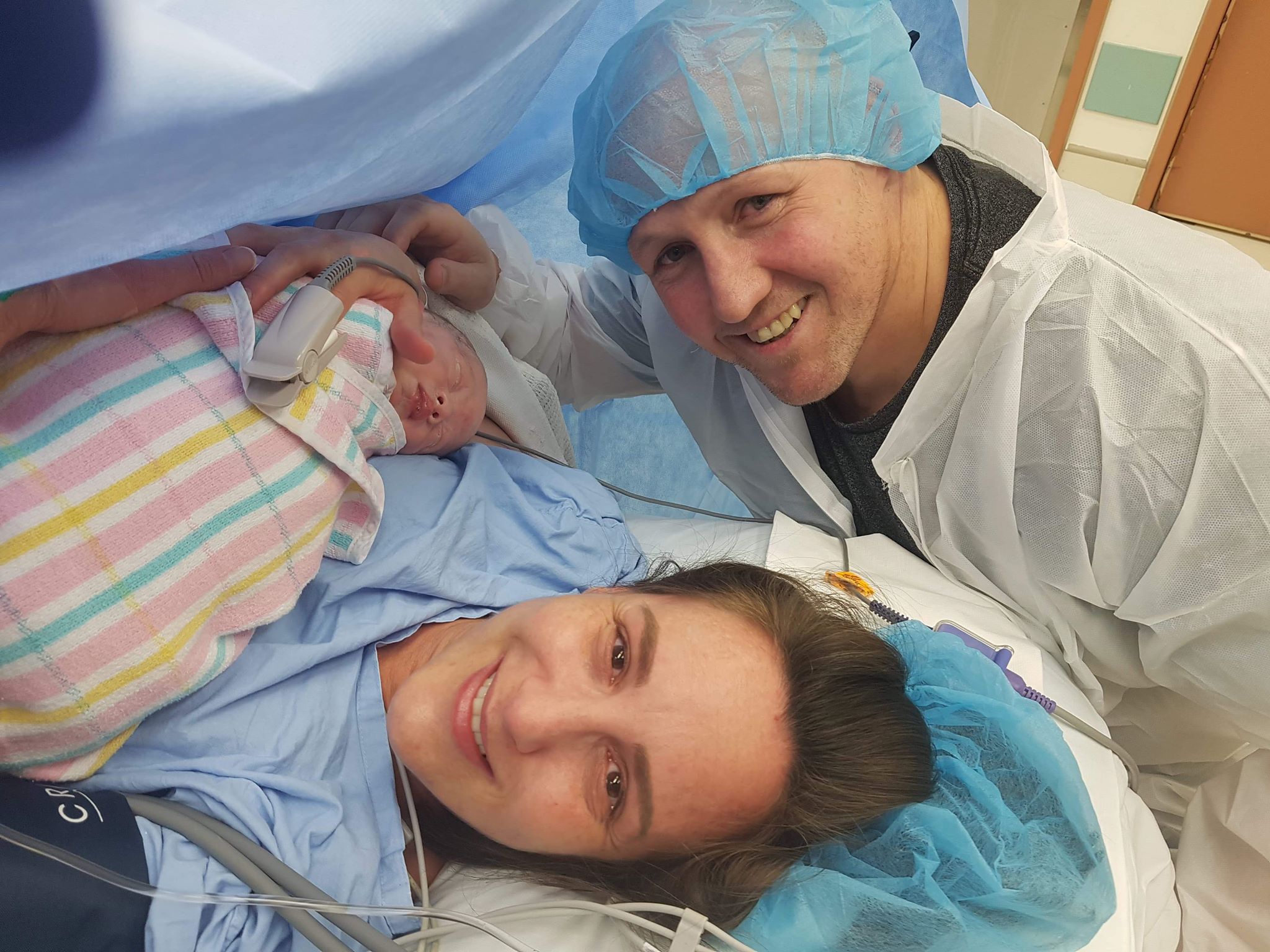 The happy parents with their new arrival.
Supplied

On December nine 2019 my son Luke entered the world after a healthy and happy pregnancy. After five years of trying I was finally a mum.

I had a cesarean delivery, and when I heard the doctor say they were bringing the baby to me, I started crying and couldn’t stop. It was all very overwhelming. I just couldn’t believe I was finally holding my baby. It was so amazingly surreal. We are in contact with the donor family – they were one of the first people to know when Luke was born. We enjoy keeping them up to date with photos of Luke and we let them know how he is doing. In the future we would like them to meet Luke in person but for now we are enjoying being parents and watching him grow and develop.

After so much anticipation leading up to this point I can say motherhood is an amazingly wonderful, exhausting 24/7 experience. It’s unexpected and it’s tiring but it has given me an energising purpose in life.

Those memories I had of taking my child to the beach and putting them in a footy jumper are now all coming into fruition. I can’t believe I have been lucky enough to live out the Christmas and beach visions and I am so grateful for it. When we went to the beach for the first time I was so excited to hold Luke and dip his little toes into the ocean water.

It was a long and hard road to get here but I’m so glad I persevered; I can’t imagine life now without him. Jo and Bailey at the beach.
Supplied