Family lawyer, Fidan Shevket, knows all too well how ugly a break up can get. After years of building her wealth, she's made it clear to her partner that what is hers will stay that way.

I have a secret. I don’t trust men. I don’t trust them to ‘do the right thing’ or to be ‘fair’ if there is a breakup. The only person I can truly count on is me. People change when a relationship comes to an end. I have seen it. As a divorce lawyer practicing in Sydney for the last 15 years, I have seen it all.

I am in the fortunate position of being able to learn from other people’s mistakes. My client’s over the years have battled it out with their former spouse or de facto fighting about all sorts of things. I get it.

I’m protective about my things too. In the eyes of the law having doesn’t mean keeping. Things can be stolen, taken and claimed. What sort of things? All of your nice things whether valuable or sentimental. I value my nice things and I am determined to protect them at any cost.

Even if you are given recognition for your superior initial contributions in a property settlement, it is never ‘dollar for dollar’. The longer the relationship, the more contributions your partner can say they made to ‘catch up’ to you, and your contribution will be watered down. To top it off the person who has a lesser income and lesser income earning capacity will receive a percentage ‘swing’ in their favour which screws the high income earner over - to what may be an unjust result.

Is the solution to not marry? No. Since March 2009 de facto and married couples are treated the same! Your de facto has two years from separation to make a claim on your assets if they can establish one of the following:

The only way to protect your assets in a relationship breakdown is with a Binding Financial Agreement (BFA), also known as a prenup.

My partner and I wanted to live together and start a family. This however was not going to be easy. Divorce lawyers don't just move in with their partners willy nilly. Besides I don't rent. I own. There was considerable risk with my partner moving into my penthouse apartment in Neutral Bay. If that was his home, he could make a claim on it. We wanted to live together but I wasn't taking any chances. A sacrifice had to be made. I suggested we buy something together and make that part of our BFA.

It was win/win. He was able to get into the Sydney property market and I was able to protect the penthouse and my other assets. We house hunted for over a year and finally found a lovely North Shore home earlier this year. I updated the BFA with all of the details. 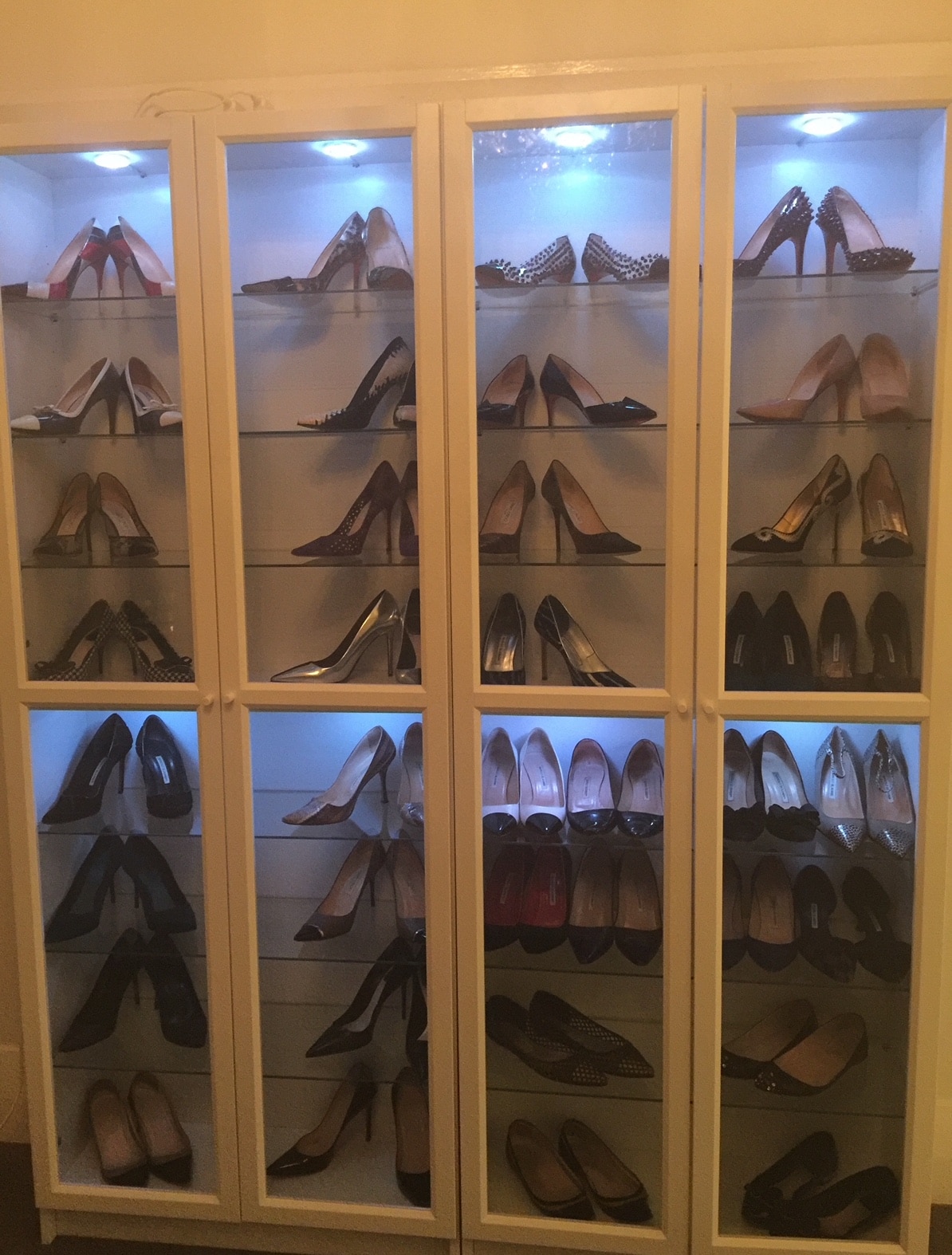 Fidan even has clauses in her prenup to protect her designer shoes. Photo: Supplied
Supplied

We own the property 70 per cent/30 per cent as tenants in common. We have two mortgages dividing the loan 70 per cent to me and 30 per cent to him. I pay my loan, he pays his loan. All expenses for our house like rates, insurance, repairs and council rates we divide 70/30. We have a joint credit card that we are allowed to use for 'joint' expenses, these are specifically listed in the BFA. We pay that credit card 70/30.

The BFA also provides my partner with a pay-out in addition to his entitlement in our house. The longer we are together the larger the pay-out. There is also a spouse maintenance clause for his benefit. Annexed to the BFA is a schedule of my nice things. Those items are mine and he cannot make a claim on them. It includes my properties, Superman collection, my Star Wars memorabilia, my designer shoes and bags. I am nearly 40, I have a lot of nice things. My towels, my linen even my pantry with its colour coded Tupperware is in the BFA. If you are going to have a BFA, best go all out right?

Finally in around June 2018 my BFA was complete and I consider it the 'best BFA ever drafted'. My boyfriend now has the document for him to seek independent legal advice. Whilst there is no guarantee that my BFA will never be challenged, I sleep at night in the deep slumber of a woman who knows she did all she could, to keep and protect her nice things.