Is your sleep cycle so bad that it feels like you have a kind of permanent jet lag? A new study shows that a poor sleep pattern often runs in families, but there is a way to break the cycle.

Video above: Insight experts weigh in on how to get some more shut eye. Full ep. on SBS On Demand.

Early to bed, early to rise — a fine plan for a dairy farmer who has to get up long before dawn to milk the cows. But if you’re someone who works all day with stocks and clients and may want to enjoy an evening out now and then, it would be better not to be getting up at 2am and have to struggle to stay awake through dinner or a show.

Such is the challenge faced by a friend who has what sleep specialists call an advanced sleep phase. Her biological sleep-wake cycle, or circadian rhythm, is out of sync with the demands of the modern world.

My friend, who asked to remain anonymous, has always been an early riser, even as a teenager. Getting up at five was an advantage in high school — she never had to worry about being late. But as she aged, her nights kept getting shorter. Now at age 63 she’s ready to go to sleep before 9pm, but that rarely fits with the demands of her life. No matter how delayed her bedtime, she gets up by four in the morning — and sometimes as early as 1:30 — and can’t get back to sleep.

She said that given her stimulating job as an investment products specialist, she’s not sleepy during the day, nor does she nap. Still, she’s concerned about her short nights, partly because she’s read that insufficient sleep — especially not enough REM sleep, when dreams occur — has been linked to a possible increased risk of Alzheimer’s disease. 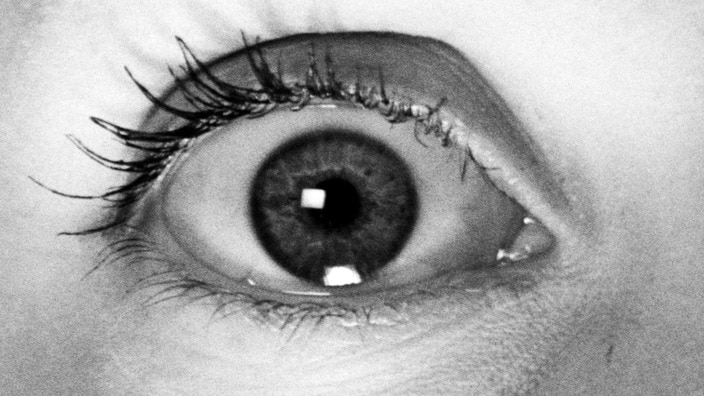 The world is full of long and short sleepers — the so-called owls who stay up late and get up late, and the larks who go to sleep early and wake up early.
Classic Stock

She knows that late dinners, especially with wine, contribute to her sleep problem. But it’s also likely that her lifelong dairy-farmer sleep pattern is programmed by her genes, not the result of unavoidable disruptions or unwise living habits.

And, it seems, her early-to-sleep, early-to-wake rhythm may not be as extremely rare as has long been believed. In a new study in the journal Sleep by researchers in San Francisco, Salt Lake City and Madison, Wisconsin, of more than 2,400 patients who visited a sleep clinic for complaints like sleep apnea or insomnia, a small number of them were found to have a previously unrecognised familial form of advanced sleep phase, a kind of permanent jet lag that the study showed often runs in families.

The lead author of the study, Dr. Louis J. Ptacek, professor of neurology at the University of California, San Francisco, said the world is full of long and short sleepers — the so-called owls who stay up late and get up late, and the larks who go to sleep early and wake up early. These patterns, too, often run in families, and Ptacek and his colleagues have been identifying genes that influence them.

Such natural long and short sleep patterns fit into the normal distribution of people’s sleep needs. But those with an abnormally advanced or delayed sleep phase are different — they may need the same amount of sleep as the average person, but the times at which they need to sleep and wake are anything but average. Advanced sleep phase is now known to be determined by a single dominant mutation in a growing list of genes discovered in the laboratories of Ptacek and his collaborator Ying-Hui Fu.

“But while this mutated gene travels in families, its expression can vary based on what the rest of the genome looks like,” Ptacek told me. He and his colleagues concluded that “extreme morning chronotypes,” as people with advanced sleep phase are called, “are not exceedingly rare.” Their analysis showed that among visitors to a sleep clinic, some three in 1,000 have advanced sleep phase, and in two-thirds of those people, the pattern is familial.

People with delayed sleep phase often suffer a great deal ... They tend to be chronically sleep-deprived and may not function well.

Chances are, too, there are far more extreme larks than come to professional attention. The team pointed out that people with advanced sleep phase rarely consult sleep doctors or are studied in sleep clinics because most of those affected seem to like the pattern, perhaps because it fits well into the rhythm of their lives or they have selected or created a rhythm that fits into their sleep-wake needs.

The incidence of advanced sleep phase disorder is likely underestimated because it results in fewer social conflicts. People are not usually penalised for getting to school or work too early. Night owls, on the other hand, are more inclined to seek the help of a sleep specialist because it’s so hard for them to get up and get going in the morning to meet the demands of school, work or household.

“People with delayed sleep phase often suffer a great deal,” Ptacek said. “They may be unable to fall asleep before two, three or 4am and then have to get up at seven. They tend to be chronically sleep-deprived and may not function well.”

Still, like my friend, not every early riser is happy about it. Ptacek told of one woman who at age 40 was getting up involuntarily at 4am and at age 50 at 3am. Finally, at 69, she sought help from a sleep specialist because she didn’t like getting up at two in the morning when it was “cold, dark and lonely,” then being too sleepy to attend social events in the evening. “She was depressed because no one took her seriously and people thought she was being unfriendly when she declined their evening invitations,” the neurologist said, adding that the woman is now 90 and wakes up at 1am.

I asked Ptacek whether advanced or delayed phase sleepers have to capitulate to their genetic heritage or might they be able to induce a more normal day-night schedule. He told me that in effect, it requires adopting behaviors like those used to overcome jet lag.

For example, exposure to bright light in the evening — especially the blue light from cellphones and most e-book readers — can delay the biological clock and help people to stay up later (or, in the case of insomniacs, make it harder for them to fall asleep). Those with a delayed sleep phase need exposure to bright morning light to stimulate arousal.

Taking melatonin might help, but only if it’s timed correctly. Naturally, melatonin levels begin to rise about two hours before sleep, so it may help night owls fall asleep earlier if it is taken orally two hours before their desired bedtime.

For those who awaken in the middle of the night, Ptacek advised getting regular exercise, avoiding a big meal close to bedtime and not stressing about not sleeping. “The more anxious you are, the less likely you’ll be able to fall back to sleep,” he said. Instead, he suggested, “Get up and do something kind of boring for an hour or so and then go back to bed.”