OPINION: Growing numbers of Australians rent their housing, and increasing proportions are expected to rent long-term so there is an urgent need for tenancy reform.

The New South Wales government has introduced a bill  to reform the Residential Tenancies Act. This act sets out the rights and responsibilities of landlords and tenants in private rental accommodation in NSW.

The bill’s proposed limit on rent increases to one in every 12 months is essential, as are the proposed minimum standards for rental accommodation. However, my ongoing research with single older women renting in Sydney points to an urgent need for a cap on the value of rent increases and for an end to “no grounds” eviction. Victoria adopted these measures earlier this month.

Reform is essential. Growing numbers of Australians rent their housing and increasing proportions are expected to rent long-term. This makes it essential that private rental housing meets the need that every person has for a secure and affordable home.

It’s getting harder for older renters

It is getting harder for older renters to find adequate, appropriate and secure housing. Older women – the focus of my work – are at particular risk. This is due to longer life expectancy, lower incomes across the life course, and less access to benefits like superannuation. Women also experience a greater loss of income and housing standard than men do after relationship breakdown, and are at greater risk of domestic violence.

Their stories point to the role of flaws in the Residential Tenancies Act in compounding housing insecurity. 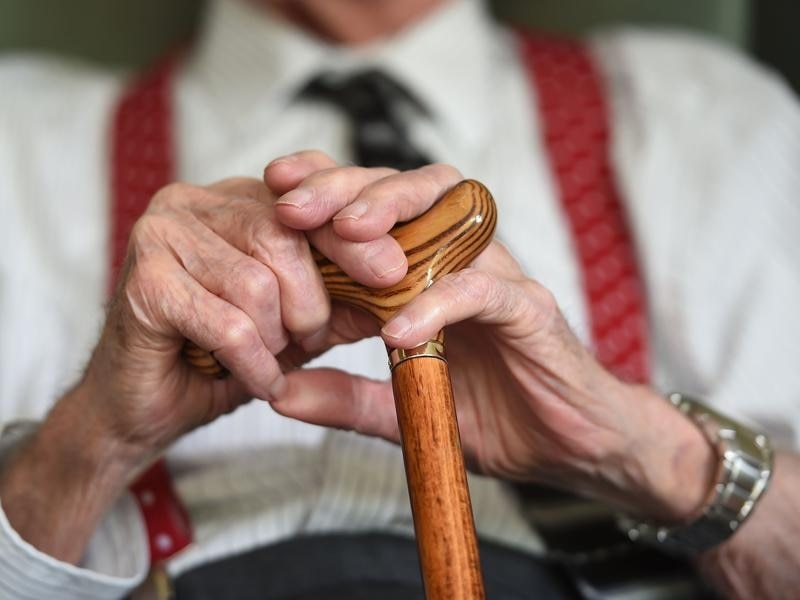 It essential that private rental housing meets the need that every person has for a secure and affordable home. Photo: AAP
AAP

Rising rents were a problem for nearly all women I spoke with. They depleted women’s budgets, leaving little money to buy food or pay for utilities. Many relied on local charities for food and help to pay energy bills.

One woman described how she would add protein to her meal by buying a single chicken breast, slicing it thinly and freezing each piece separately to be defrosted over the next week or so. Another relied on vegetables the local greengrocer bundled and discounted before throwing out.

In winter, when heating bills mounted, she relied on a local church with a weekly food pantry. This food, donated by local supermarkets and community members, was frequently past its “best before” date. As a low-paid community worker living in an area with a significant number of disadvantaged families, she collected food alongside her clients.

Two women coped by moving into their cars. They subsisted on tins of food that they could hide in the car. At night they kept themselves safe by parking in familiar locations.

Rent rises also made it difficult to find appropriate housing. Affordable housing was often substandard. Many had difficulties getting landlords to agree to repairs.

One woman described how her rented unit began leaking. The leak was severe and lasted for nearly two years. In this time she lived with increasing mould and lost access to nearly 40 per cent of her home. She sought repairs from the landlord, but only cautiously, because she was afraid of eviction.

When the leak was eventually fixed her rent went up 20 per cent. That left her with only A$30 a week after rent, essential bills and transport. She couldn’t afford food and relied on local charities until she found cheaper housing in a distant, transport-poor suburb.

Another described a similar leak:

When it rained the water would come straight down into the doorway. And that was the only way you could get into the house […] it was in the house and even in the bedroom.

Despite this the owner increased the rent. The real estate agent notified her of the increase by letter, but distanced herself from repair requests when confronted in person stating: “Well, we can’t do anything [to fix the property] until the owner says we can.”

The agent helped the landlord to make more money from their investment, while illegally blocking this woman’s entitlements to secure and usable property. The impact on her capacity to take care of herself was significant. Living with the leak risked her health. However, challenging the landlord – pushing them to repair the leak – risked eviction.

Rethink the value of rental housing

These stories show the need to rethink how we value and regulate private rental housing. It is time that we recognise the fundamental role that housing plays in our ability to meet basic needs – for shelter, warmth, food and above all a sense of security and home.

When housing is too expensive, unsafe or inadequate, our capacity to meet our care needs deteriorates and our health suffers. For women in my research their capacity to age in place – and even to remain housed – was challenged.

This is not good for tenants or landlords. Although popular wisdom suggests tenants and landlords have different interests, they in fact have very similar concerns: both benefit from secure tenancies and rental properties that are well maintained and cared for.

The proposed amendments to the act are a good starting point.

Minimum housing standards are also essential. The women in my research cannot begin to maintain their health or age well at home if their home leaks or does not meet other basic standards.

But perhaps more pressing is the need to end no grounds evictions. For women in my research, repair requests carried the risk of eviction. This left many afraid to ask for repairs. They lived in unhealthy and unsafe housing rather than risk eviction in a market with few affordable options.

Landlords in many areas can readily replace tenants. And an evicted older woman can easily end up living in her car.

Ending no grounds evictions will have no impact on landlords who do the right thing. They will still be able to terminate a lease on reasonable grounds such as renovating or moving into the property. It would, however, help put an end to retaliatory evictions, which in turn would support efforts to maintain minimum housing standards.

This article is based on research findings presented in a talk by the author at an event, Fair for Everybody: Reforming Renting in NSW, hosted at Parliament House on Wednesday.

The research for this article was supported by an Australian Research Council DECRA Fellowship (Grant DE150100861).