The amount we don't know about the difference between twins can be staggering, write Phillip and Douglas Griffiths.

Ever since we were young, we were inseparable; but always competitive and trying to be different at whatever we did.

From athletics to soccer and school, we were the same but very different. We feel this has never really changed as we have grown up. Phillip studies Mining Engineering while I study Civil Engineering.

Through our lives we have always been grouped together like every other twin I assume: “how are the twins?”, “the twins are outside”. A lacking sense of individualism is something almost every twin has to deal with. On occasions you're used to it and it doesn't matter, but sometimes a comment like that can have a real effect.

When we finished high school and began university at Monash and Swinburne respectively, we began to find our own way without each other for the first real time, making different friends, attending different classes (although still learning the majority of the same things) and we began to experience that individuality we craved.

I can only think that it brought us closer. Having a twin is without a doubt better than not having a twin, and even if we are grouped together, I don't know what I would do without him.

When Phillip came out to me that he was homosexual, it came as a little bit of a shock. We were so similar in so many ways, it was hard to picture that we were so different in our sexual preference. But from the beginning, I was accepting. I knew that Phillip was exactly the same person he was when I thought he was straight, and he is still my best friend. When Phillip told our friends about his preferences, a lot of our friends would come to me with questions or to just talk about it, but overall they were all accepting.

We were so similar in so many ways, it was hard to picture that we were so different in our sexual preference.

When it comes to telling or talking with new people about this difference, they didn't seem to understand as much as our friends did. They either don't believe us, saying we act the same (so one can't be gay), or will ask me, “If your twin is gay, why aren't you?”

I understand that they may be curious about meeting twins like us, but the amount of ignorance and lack of knowledge about twins - particularly that twins can be different - is staggering.

It's an amazing experience to keep learning about other twins and with that, about myself.

From birth, we were always best friends, wanting to experience new things in life together. Growing up, there were times we tried to be different and have our individuality instead of just being “the twins”, but found that we were best friends and couldn't change that.

Even in high school we actively made different friends. But then I got to know Doug’s friends, and he got to know mine, and our friends got to know each other, and it turned out our friends were so similar everyone got together. The fact that we did all the same subjects, worked so similarly and enjoyed the same things was probably the cause for that.

Yes, we would fight, and would get into very heated debates, but it would take almost no time for both of us to laugh and realise it was pointless, wanting to apologise and get back to talking rubbish.

When we were born Douglas, had his umbilical cord wrapped around his neck and had to be taken away to be looked after. While he was gone, I was described as being agitated and visibly upset and it wasn't until he came back to the room that I perked up. He was recovering - he ate first - and I finally started to eat after the hours he was away.

This could almost be the start of me using Doug as my test dummy. I would always be more outgoing and wanting to try new things but would be too shy or scared to do them myself, so I would get Doug to try them first. Whether it was going swimming for the first time, petting a strange dog when we were younger or jumping off the 10m diving board, I had to make sure I would be safe before trying it. Our parents even say that once I brought Doug up a slide and pushed him down against his will before trying it myself.

Physically, we’ve always been the same, getting the same personal best or just minute differences in athletics when we were younger always. Once, when we were about the same age and auditioned for the movie “Three Dollars”, the director had to flip a coin to decide between us who would get the role.

After finishing high school, I started to take time to address my sexuality and my identity. While going through this, Doug was actually noticing something was going through my mind and that I wasn't acting myself. As soon as I accepted it myself, Doug was the first person I told. After telling him, I was more like myself and as I never hid anything from him. I felt closer to Doug after that point.

We got a lot of the questions like, “Aren't you both gay then?” or “So, are you actually identical?”

It was definitely a shock for him but he was always supportive and backed me in everything. We got a lot of the questions like, “Aren't you both gay then?” or “So, are you actually identical?” And always knew that these were just questions backed by lack of knowledge/ignorance. We are different people but leaning and hearing about new knowledge on epigenetics and how they make us different and similar, even though we are 99.9% identical genetically, is incredibly interesting.

Being a twin is probably the best thing in my life, as Doug is my best friend. He has helped me through everything in life and I hope I'll always be there for him too. I wouldn't change a thing. 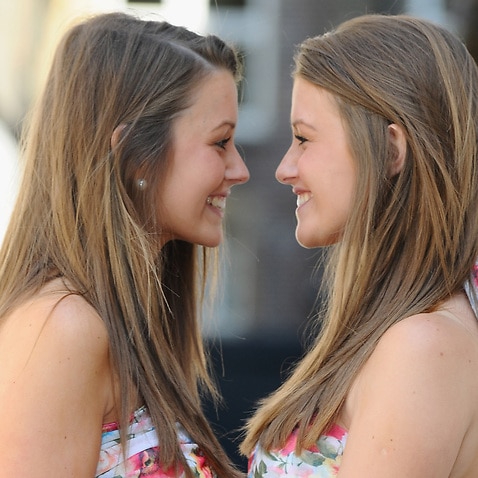 'Unexpected surges of relief': one reaction to the death of a twin brother The Twins of Insight 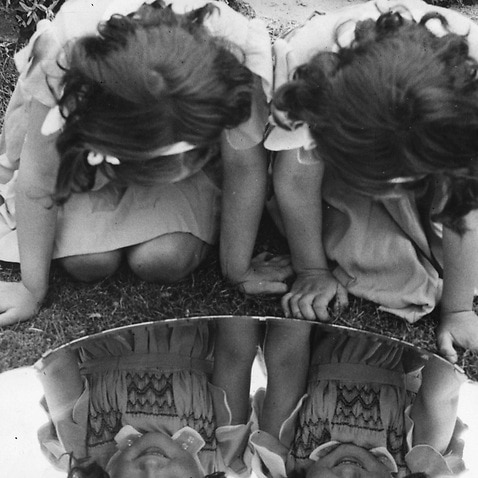