Seventy per cent of teenagers are sleep deprived, as their exposure to disruptive influences - blue lights, busy schedules, peer pressure and technology - increases. What are the implications for their health?

The primary school student is usually in bed by 11pm, but won't feel her eyelids droop until around 3am the next morning.

"So she'll be up at 7am  for school, go to school, through the night she won't sleep, she'll go to school again and you think by the time she gets home she'll be ready to drop. She'll be tired, but no, she goes all the way through to 11pm again and then falls asleep."

It's been a struggle for Jasmine's parents to get her to sleep. Both shift workers, their own sleep is particularly valuable and when their daughter doesn't sleep, they rarely can too.

"We get tired, get a bit cranky with each other I suppose too with the moods.  But yeah, it does affect us when she's not sleeping," says Judith.

Jasmine's experience is not uncommon, though, with research suggesting around 70 per cent of teens are sleep-deprived.

Chris Seton, from the Woolcock Institute of Medical Research specialising in sleep and breathing, says there are a number of factors at play here.

Around puberty, it is common for teenagers to experience a 'sleep phase delay', where their natural body clock starts telling to them to get sleepy about 2 hours later than when they were younger.

The rise and fall of feeling tired (circadian rhythms) shifts to later in the day, resulting in teens pushing back their bed time.

While Jasmine's case is partly attributable to genetics, increasing numbers of young children are experiencing this delay.

"Perhaps 15 per cent of teenagers have this tendency, and now we're seeing a creep effect whereby younger and younger children, children of Jasmine's age, 11, 10, 9, having a late body clock, " says Seton.

"It particularly comes out during pre-teen and teenage years."

This natural delay parallels the belief that as children get older, they need less sleep and can hit the sheets later in the evening.

The reverse of this, is in fact true.

"So there's a disconnect between the social normal which is, as you get older through teenage years you go to bed later, and the research shows us that teenagers right from 12 to 18 need around nine hours sleep on average."

So why aren't teenagers getting enough sleep?

From the outset, good sleep is a "hard sell" to teenagers, says Chris Seton. "Sleep's not very sexy ... maybe if we paid for it, it would be."

"I don't think you can necessarily see the tangible benefits of it unless you have good sleep. So what happens, the teenagers I see who are chronically sleep-deprived do not have insight into how they would feel if they had good sleep."

Convincing teens to get more sleep can be hard next to that natural hormonal shift in circadian rhythms - they may genuinely not feel sleepy until two hours later than normal.

As children grow older, their lives get busier, with social, school and part time work responsibilities eating into their sleep time.

Many of these social and leisure activities increasingly involve exposure to screens with over-stimulating entertainment on them, and greater amounts of blue light which disrupts the body's production of melatonin - the brain chemical responsible for sleep.

Alongside peer and social pressures to stay awake longer, teens can fall into a vicious cycle where sleep-deprivation makes their brains more active, inhibiting sleepiness.

For more on the causes of sleep loss among teenagers, head here. Explainer: what is insomnia and what can you do about it?

The impacts of this sleep deprivation are distinctly negative.

Perhaps the biggest impact during teenage years, however, is on learning and cognition abilities, notes Seton.

"If you're in a classroom you need good sleep the night before you learn because otherwise you can't establish short term memory," he says.

Other impacts can include:

Chris Seton advocates a very strict pre-bed routine to get sleeping times back to normal.

Around 45 minutes before bed, he recommends a hot, deep bath with light reading or music,  followed by a snack and a warm drink before heading to bed. Blue light should be avoided.

"It's like boot camp, it's very, very strict," says Seton. "After four or five weeks the brain gets used to this so that when the bath comes, the brain is already thinking about sleep ... These are called sleep onset cues."

Gradually, a 'fading bed time' is introduced, where the pre-bed routine starts earlier, to "fool the body clock."

He says the younger the brain, the less time it will take to retrain it this way, estimating Jasmine would take about four to five weeks to get into a normal sleeping pattern.

Despite trying some these techniques, Judith Kotz admits they've never sustained them longer than two weeks.

Other things to look into are increasing opportunities to nap during the day and keeping sleeping spaces dark and cool. Drinking caffeinated drinks and alcohol before bed should be avoided.

Insight looks at the sleep problems plaguing Australia and what we can do to ensure we're getting enough shut-eye | Catch up online now: 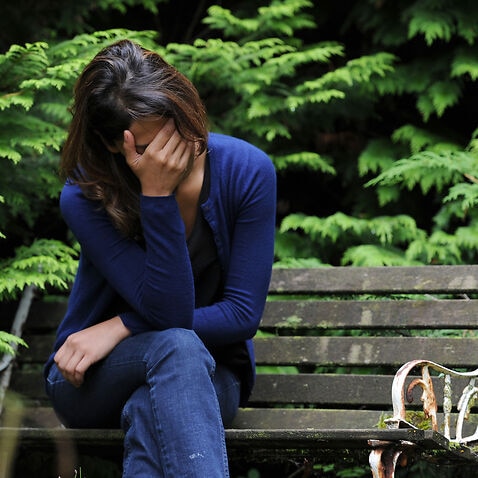 Comment: We need to understand the link between sleep and mental health 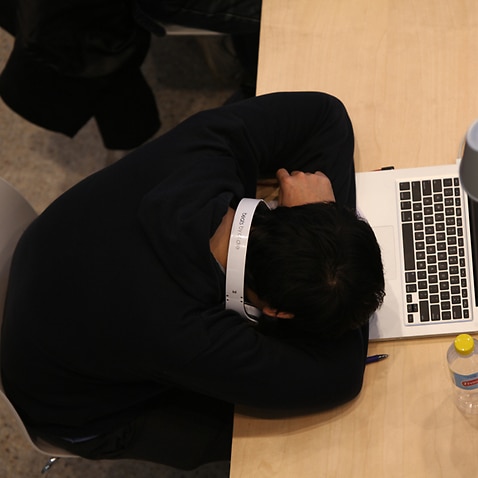 No sleep leads to changes in brain: study