Teigan Reid was almost four when her mother left, dramatically altering her young life. Appearing on this week's Insight, Teigan shares an extract from a letter to her mother that would significantly change their relationship.

Now 24, Teigan Reid remembers the day her mother walked out.

A few days before her fourth birthday, she and her sister awoke to an alcohol-fuelled argument in the hallway of their family home on New Zealand’s South Island. Struggling with a volatile relationship and a restless urge to seize a youth she felt she hadn’t experienced, Teigan’s mother Shelley came back to pack her things the next day.

Teigan wouldn’t live under the same roof as her mother again until she was 17.

“I felt quite responsible and didn't understand why – why I didn't get to have what all my school friends had with their mothers being there,” she recalls. “I was such an unsure, sensitive little kid.”

Over a decade later, she found herself still struggling with unanswered questions. Last year she wrote her mother a letter.

“I wanted to tell her just how much I didn't need her now, but how I wanted to have her in my life ,” she says.

Here, she has allowed Insight to publish an excerpt from that letter.

I am no longer the little girl that is scared to say how she feels or is scared to approach something that could possibly cause conflict. I would like to think that our relationship can grow after this letter as I have a feeling of relief to get this off my chest because a lot of what is in this has been bottled up and bubbling away inside of me for as long as I can remember.

I was to spend every second weekend with you plus a few days a week after school with you. Do you remember the amount of times I would start crying and play the “homesick” card? Because I didn’t feel there was any point to me staying at your house. I felt so ignored. Most of the memories I have from then is you sitting on the computer with your back turned. I remember, I left you a message on your home phone. You had dial-up so the phone will go automatically to answer machine when you were on the computer. I left you a huge long message on there and even sung you songs. You called me back and didn’t say anything about the message except you got angry at me for using up the whole tape.

When I was 10 you moved away. I didn’t really understand what was happening; I knew you were leaving. I can recall you asking me if I wanted to move away with you. I didn’t want to. Once you moved, I recall sitting at home and all of a sudden being hit with emotion. I ended up having an emotional breakdown but it was because I didn’t understand. This is where my feelings for the first time really came to the surface about how I felt about not having you around and it made me realise how affected I actually was by the whole thing.

I started telling people you had died. Saying you had died was easier than saying “I have a mum but she left and I don’t see her or spend time with her” and then explaining my situation. I never felt a connection with you. To me, I didn’t have a mother, I didn’t feel that warm embrace that children get from their mothers and I didn’t see from you what I saw other kids got to have.

I don’t feel like we would ever have the “mother and daughter” relationship. I think it’s too late for that. I am getting older and have gone my whole life feeling like I never had a mother so I don’t think I need one now. What I do want is a support system and family. Please understand that I did not write this out of anger, it was just time for me to let go of the past so I can move on with the future.

Teigan and her mother Shelly are guests on Insight's show, Mothers Who Leave. Hear their full story and how their relationship turned out after the letter on the full episode above. Why do some mothers choose to leave their children? 'My mother ran off with my English teacher' 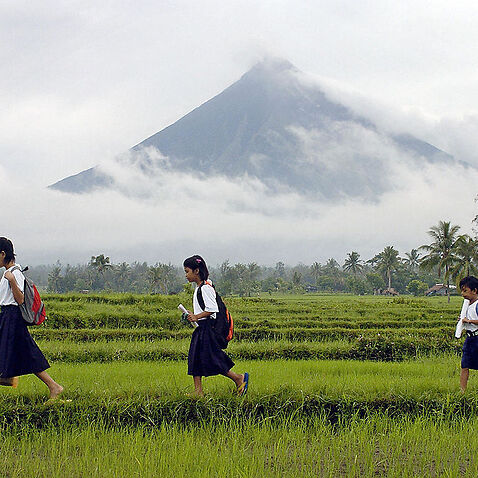 A mother's choice to leave her kids and live 4500km away