Volunteer firefighter, Steve Hillyar, who lost his house in the NSW South Coast fires, says his community is desperate for some of the money that’s been raised by charities.

When volunteer firefighter, Steve Hillyar, finished a 24 hour shift with the Rural Fire Service (RFS) he returned to his South Coast home only to find his property had been destroyed in the blaze.

“My home basically was hit by a fireball and there is nothing left, nothing, not even an aluminium window is left, it's melted everything, everything is gone,” Hillyar, whose house was destroyed on New Year's Eve, tells Insight.

“There are not enough fire people around so unfortunately that’s just how the cards roll.

“You have to have a bit of luck with the fire and that day I didn't have any but other people did so you know we helped other people and I'm sure those people are very grateful.”

Hillyar, whose house was located in Malua Bay, has lived on the South Coast for close to 30 years. He recalls the moment he realised he’d lost his home.

“I was very tired so I was a bit numb and I just shrugged my shoulders, took a photo and went to find my family because I didn't know where they were and hadn’t had contact with them for probably 13, 14 hours,” the father of five says.

“My main concern was for the family and it's only a house.”

On the night his house was destroyed Hillyar was tasked with protecting homes and managing the fire front throughout various areas along the South Coast. It was around 17 hours into his shift when he found himself in Mogo surrounded by flames.

“Everywhere we went was on fire.” 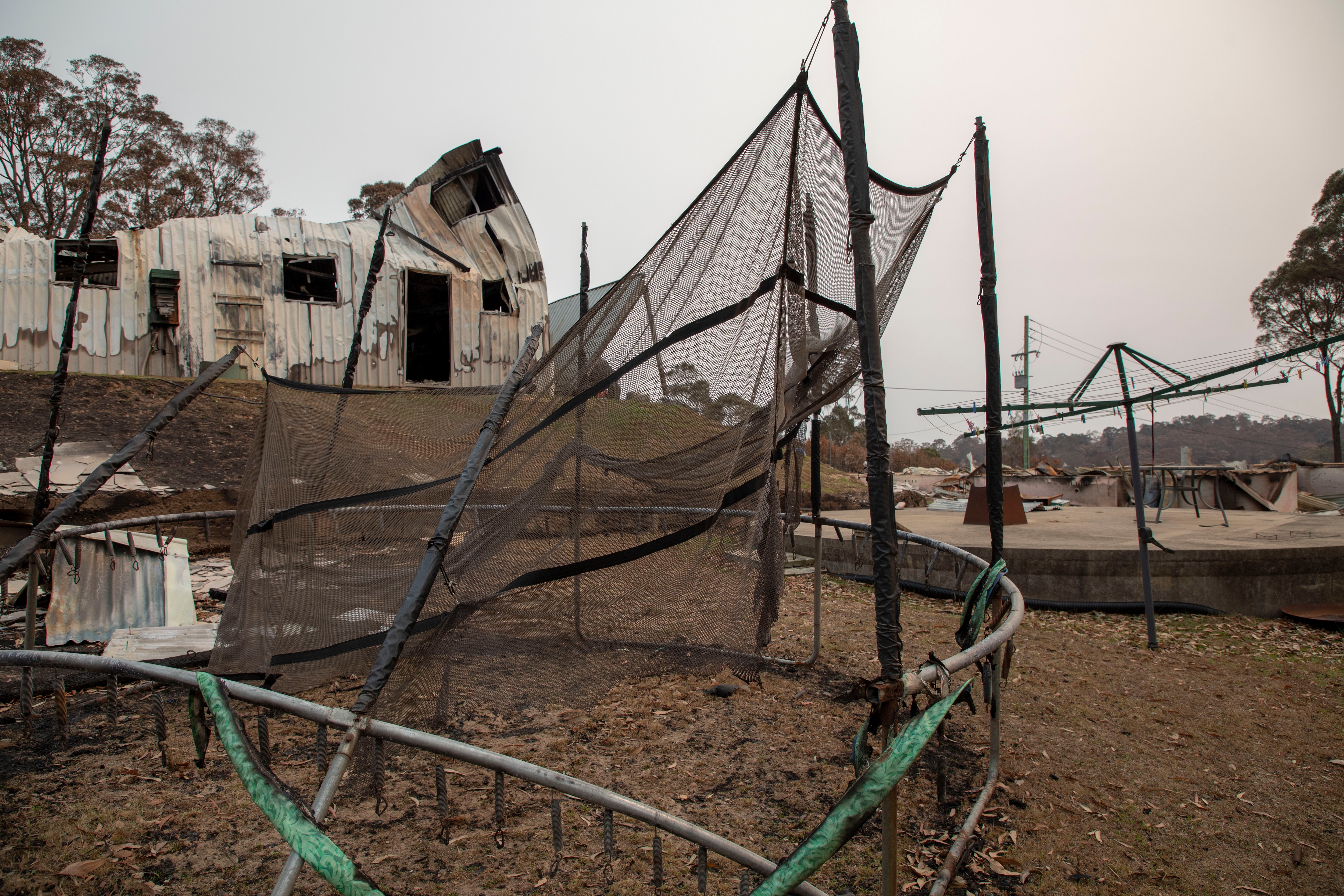 Despite losing the house, Steve said he feels lucky as his family escaped unharmed.
Supplied

Hillyar and his crew were asked to save the smouldering houses that still had a chance of survival and leave the ones that were too far gone to burn. He remembers the terror in the voices of those who were desperate for his help.

“People are panicked, scared, stunned, in shock, that's part of the deal that you’re sort of not quite trained enough for but it's something you learn over time and I've been doing it for about 25 years so I have seen it before but it's not something you get used to,” he says.

“It's a very bad feeling walking away from a burning house but sometimes you just have to.”

Now as he, his family, and fellow community members start the slow process to rebuild, Hillyar says money is what everyone so desperately needs.

“The government has given us a little bit of money but we really need some more help from all these charities have raised all this money but I'm not sure where it is,” he says.

“The only thing you need when you lose everything is money so we need someone to get moving, trying to get some of this charity money out to the people who’ve lost it all.”

What to say to a victim of the bushfires

To improve firefighters' mental health, we can't wait for them to reach out – we need to 'reach in'