Are you a man or a woman? Until recently, most people would have found that a simple question but today everything has changed.

Previously you would have been able to give a definite answer on your gender one way or the other, and would probably have appealed to your body type and biology to explain it. You might have mentioned your genitals, or if that seemed a bit impolite, made reference to the chromosomes people with those genitals usually possess.

Unless you’ve been living in a cave for the past year or so, you’ll be aware that the issue is now considered significantly more complicated than that. According to some activists, we cannot assume that people with particular sets of genital configurations are men or women, and nor should we define those gender categories by reference to biology and reproductive function. A highly fraught and emotive debate is now taking place among feminists and others concerned with issues of social justice about what the definitions of these words should be, and what it means to be a woman.

This fact is noteworthy in itself; it’s nearly always the category of woman, rather than that of man, whose boundaries are seen to be in need of interrogation and expansion. Feminist Germaine Greer often makes headlines for refusing to answer the question of “what is a woman?” in the way some people believe she ought to. 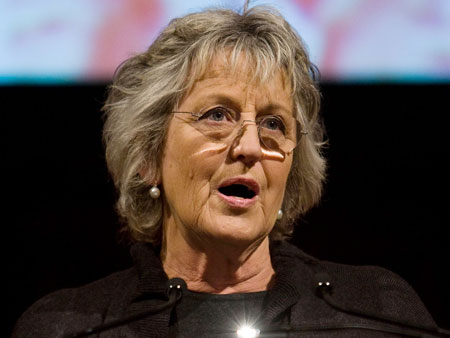 Germaine Greer has some controversial views on transgender people.
Supplied

Gender as identity, not culture or biology

The reason this question is now considered a lot more complex than we might initially have thought is not because of the fact – acknowledged by Greer – that due to certain chromosomal or hormonal conditions, not all individuals can be easily categorised as biologically male or female. The real rationale for questioning our traditional understandings of men and women has little to do with the existence of intersex people and more to do with the recent increase in the number of people who are biologically unambiguously of one sex, but identify as the opposite.

The word “transgender” has a very broad usage and includes many different groups and experiences, but the most common definition is that transgender people are those whose “gender identity” differs from the one they were “assigned at birth”. So what it means to be transgender is that you have a deep, subjective feeling of yourself as being a man or a woman (or perhaps something else entirely), but that due to the biology you possess, socially you are perceived and classified some other way.

So some individuals will, despite having male biology, have a deeply held, subjective sense of themselves as women. Some may choose to undergo medical transition to make their bodies more closely resemble female bodies, but some may not. Some people may continue to dress and present themselves in stereotypically masculine ways – even retaining their facial hair – while claiming to possess the gender identity of “woman”.

...the moment you declare what you feel your real, innate gender is, that is how you should be legally and socially recognised.

You might think it is nobody else’s business how an individual feels and perceives themselves. And this would be true, if not for the fact that proponents of the idea of gender identity not only assert that some people have a strong, personal sense of themselves as a different gender from the one they are viewed by others to be; but also, that this self-perception should be used to define a person’s gender for social, legal and political purposes.

In other words, the sole criterion for being a man or a woman should be that person’s self-identification. No matter what body type you have, no matter how you dress or present yourself to others, no matter how long you may have lived in one role or what you may have done and achieved during that time – the moment you declare what you feel your real, innate gender is, that is how you should be legally and socially recognised.

The result of this would be a radical redefinition of our words “man” and “woman”, and of the political entities those words describe. Rather than referring to members of biological classes, who can generally speaking be distinguished from one another by sight, the words will now refer to subjective mental states, feelings in a person’s head, indistinguishable from one another except by self-declaration.

These developments in gender politics are very new and I am currently writing a book exploring the coherence, and the political implications, of self-identification. But there is more that could be done to understand this issue. Most people still think being a trans person equals transsexual: that is, a person who is undergoing a process of medical and social transition. This is at odds with the current discourse which insists that a person becomes a woman the moment they declare themselves to be one. A legal redefinition of our existing gender categories so that they reflect gender identity, instead of biological sex, would have the consequence of overriding existing legal protections against discrimination and harassment on the basis of sex. While people of both sexes may identify as transgender, the implications of this are particularly noteworthy for women, who continue to face discrimination on the basis of their sex, and who are in need of protection from male violence and harassment. Women-only spaces, such as changing facilities, toilets, refuges and prisons, would become open to anyone who claims a female identity. Affirmative action measures such as scholarships for girls or women-only shortlists would be accessible to anyone on the basis of self-declaration.

If you don’t think that women should be provided with these legal protections – women only spaces, or resources put aside just for women – then that is one thing. But if you do, then the category of “woman” as a matter of self-definition is self-defeating.

The logical conclusion of shifting our definitions of gender from objective characteristics to inherently subjective and personal ones is that the categories of “man” and “woman” effectively become meaningless. This is not a satisfactory outcome, especially for those who strongly feel that they identify as one particular gender. It is natural and understandable to feel empathy and concern for those who feel pain and distress at their socially recognised gender, and who wish to transition to live in the opposite role. But shifting our definition of what it means to be a woman so that it no longer has any grounding in the material or social reality of what it means to be a woman helps no one.

Rebecca Reilly-Cooper does not work for, consult, own shares in or receive funding from any company or organization that would benefit from this article, and has disclosed no relevant affiliations beyond the academic appointment above.

This week, Insight looks at Intersex people, those born with both male and female biological characteristics, and what life is like for them. | Intersex - Tuesday, September 18, 8.30pm on SBS and SBS On Demand.