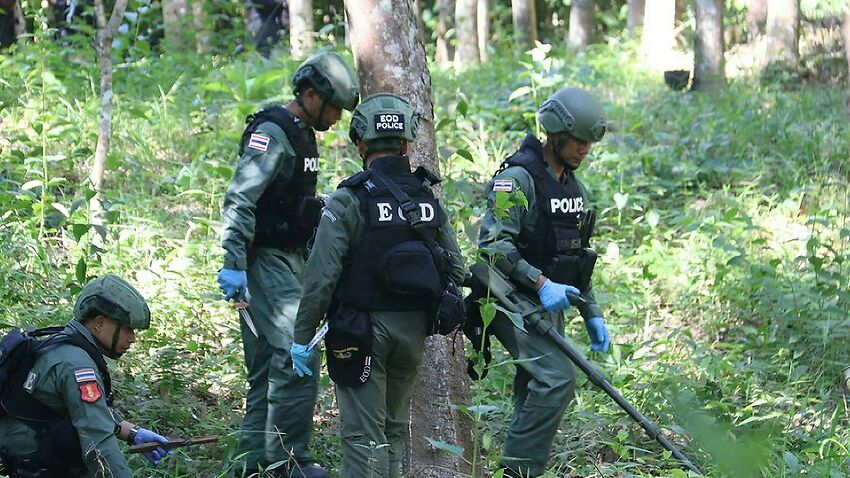 The attackers in southern Yala province also used explosives and scattered nails on roads to delay pursuers late on Tuesday night in what authorities described as the biggest gun attack in years.

"This is likely the work of the insurgents," Colonel Pramote Prom-in, a regional security spokesman, told Reuters.

"This is one of the biggest attack(s) in recent times," he said.

A decade-old separatist insurgency in predominantly Buddhist Thailand's largely ethnic Malay-Muslim provinces of Yala, Pattani, and Narathiwat has killed nearly 7000 people since 2004, according to Deep South Watch, which monitors the violence.

There was no claim of responsibility, as is common with attacks in Thailand's deep south.

Yala, Pattani and Narathiwat were part of an independent Malay Muslim sultanate before Thailand annexed them in 1909.

Some rebel groups in the south have said they are fighting to establish an independent state.