Sydney's Invictus Games will bring together hundreds of former and serving defence personnel from 16 nations this week, showing off the power of human strength and resilience.

Even in cold and rainy conditions before dawn, Andrew Wilkinson can be found swimming laps in his local pool.

The 40-year-old was in the Royal Australian Navy for 11 years until being medically discharged in 2014 after nerve damage in his lower back affected the use of his left leg.

"The mind was still going but the body wouldn't allow that much training," he told SBS News.

"Being part of the Invictus Games has now helped re-train my mind and re-trained my body to say, 'I can do this training' and my body has been able to keep up." 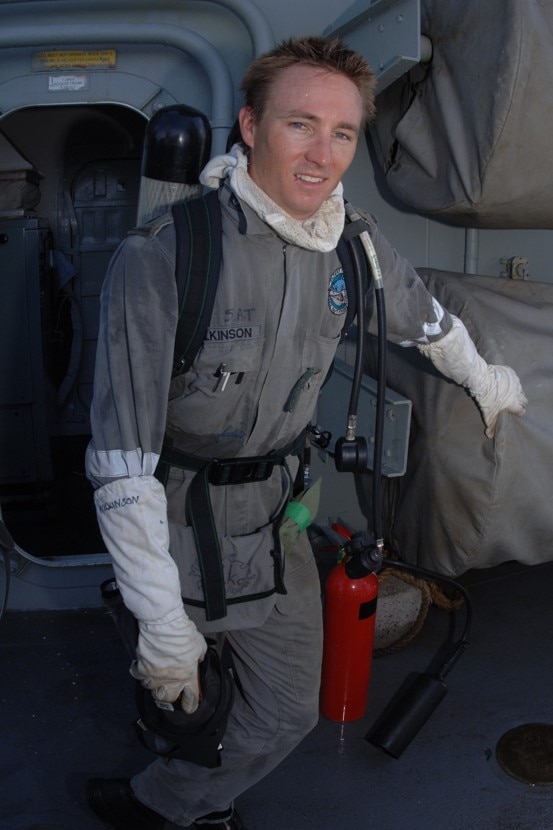 Andrew Wilkinson was in the Royal Australian Navy from 2003 to 2014.
Supplied

Wilkinson, who was previously a professional triathlete, will represent Australia in swimming, cycling and running at this year's Invictus Games, which begin in Sydney on Saturday.

The event, which is in its fourth staging, will bring together 500 servicemen and women from 18 nations, who may have served side-by-side in conflicts.

"It’s given the injured and the ill and the wounded something to strive for ... It’s filled that hole," Mr Wilkinson said.

"When you leave [the defence force], you don’t get that military family anymore.

"It’s like seeing a long lost aunt ... and competing with other former ‘servies’ or current serving from around the world ... it’s almost an icebreaker before meeting them." The concept was conceived by Prince Harry who saw sport at the American Warrior Games as being a powerful motivator for rehabilitation.

"[Prince Harry's] support for this movement has been outstanding, [he] really cares deeply about the movement but he always reminds us, as the organising committee, it's about the competitors."

While some athletes may have heroic tales from combat, the games' foundation wants to emphasise the impact mental illness has had on defence personnel.

"[It] is not just helping those involved but helping others outside this event also."

Prince Harry with family and friends of Invictus athletes in Toronto, 2017.
Getty Images

The past three Invictus Games; London (2013), Orlando (2017) and Toronto (2017), have all been well supported in from those outside the military community.

'Invictus' is Latin for 'unconquered' and aims to captivate the fighting spirit of injured servicemen and women.

"What's great about this event is how it engages the public, and how much public support and good will there is. It just brings together so many people for the right reasons and I think that's really powerful," Mr Hartung said.

The Sydney Invictus Games will run from 20-27 October. Prince Harry and Meghan touch down in Sydney for Australian tour