An unquenchable thirst for water and agricultural mismanagement combined with climate change is killing one of Iran's most famous exports.

The pistachio trees at the village in southern Iran are long dead, bleached white by the sun - the underground water reserves sucked dry by decades of over-farming and waste.

The last farmers left with their families 10 years ago, and the village has the look of an abandoned Martian colony.

The dome-roofed, mud-walled homes are crumbling, once-green fields are now nothing but dirt furrows, and the only sign of life is a couple of drifters camping out in an old storehouse.

Pistachios are Iran's biggest export after crude oil, with 250,000 tonnes of the nut produced last year - a figure only recently topped by the United States. 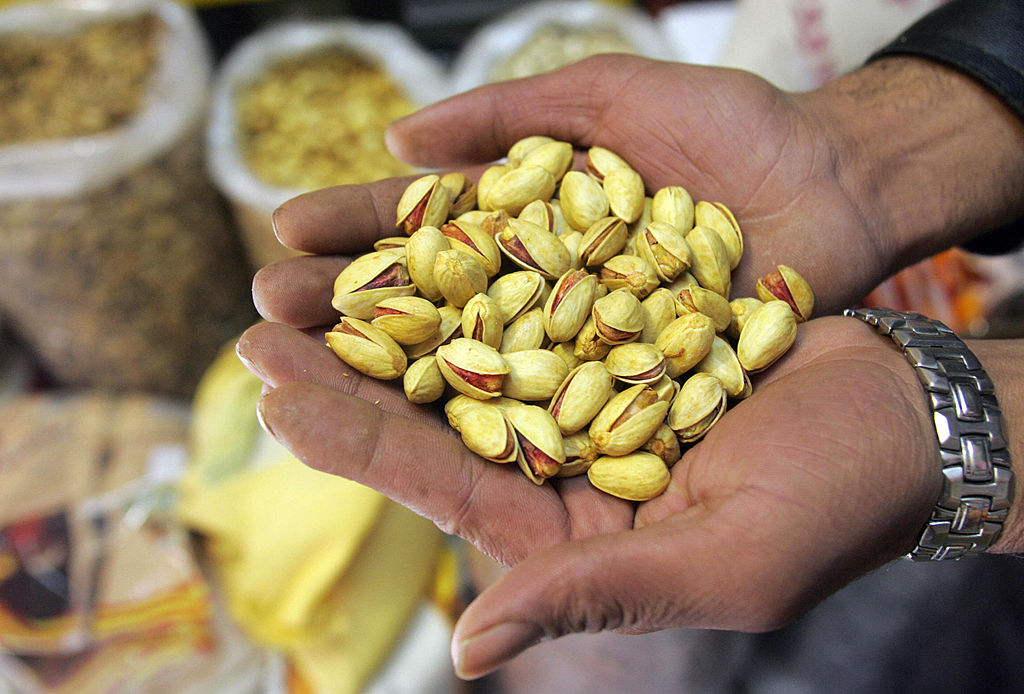 A pistachio wholesaler shows his goods at his shop in Tehran.
AFP

In Kerman province in southern Iran, cities have grown rich from pistachios, but time is running out for the industry as unconstrained farming and climate change take a devastating toll.

Near the city of Sirjan, a long line of enormous sinkholes like bomb craters mark the points where an underground aquifer was pumped completely dry, and the ground simply collapsed.

"Farming is being destroyed," says Hassan Ali Firouzabadi, who has lived in the nearby village of Izadabad for half a century.

His business is barely clinging on. Some of his pistachio trees are old enough to remember the golden age of Shah Abbas in the 17th century, but the leaves have turned yellow-green from the salty water he now dredges up. Hassan Ali Firouzabadi works in his pistachio farm on August 14, 2016 in Izadabad, a village in the southern Iranian Kerman province.
AFP

"This used to be a village full of people. Most have left to become labourers and drivers. Ten more years and there will be nothing left."

Iran faces two key challenges - dealing with a years-long nationwide drought that shows little sign of abating, and trying to convince farmers to stop the uncontrolled pumping of water.

Some 300,000 of Iran's 750,000 water pumps are illegal - a big reason why the United Nations says Iran is officially transitioning from a state of "water stress" to "water scarcity".

In 2013, Iran's chamber of commerce carried out a survey showing that Kerman province was losing about 20,000 hectares (49,400 acres) of pistachio farms every year to desertification.

For centuries, Iran relied on one of the world's most sophisticated irrigation systems - a web of underground canals known as "qanats" that carried water from under mountains to the arid plains.

But then came the electric pumps and chaotic politics of the last century. The need to preserve water was little understood and secondary to self-sufficiency in food production - an attitude that persisted into the sanctions era. 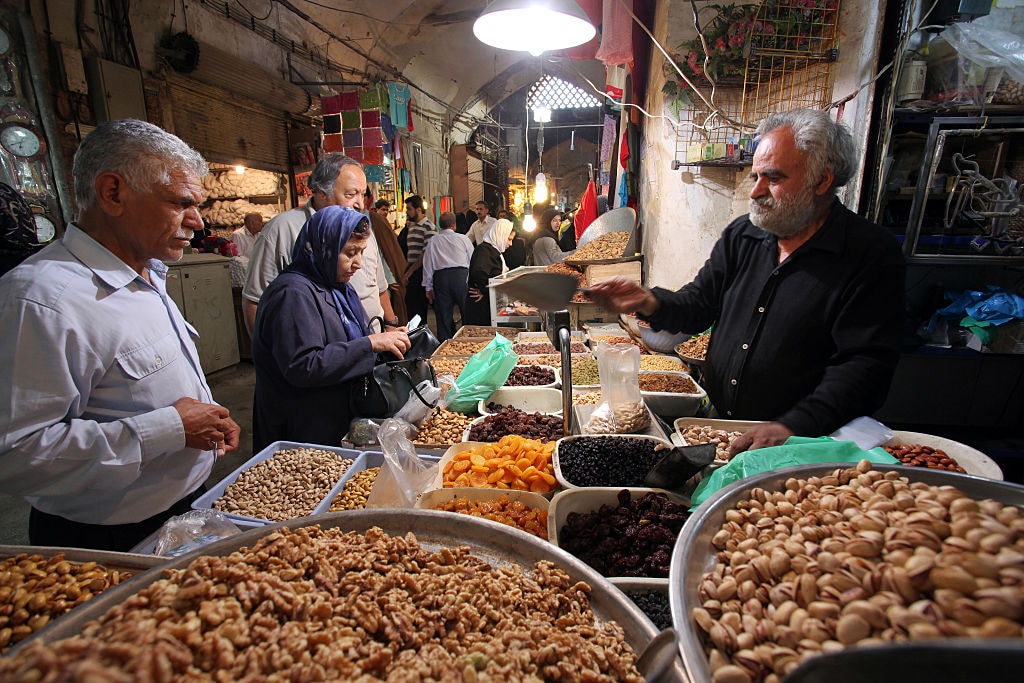 "We are slowly moving past a long-held illusion that we have endless resources," says Mohsen Nasseri at the National Climate Change Office in Tehran.

He says the government is finally looking at financial incentives to encourage water conservation. One scheme offers funding for farmers to buy modern irrigation equipment, but changing ingrained attitudes will take time.

"It's late, but it's happening," Nasseri says.

Some farmers have taken matters into their own hands.

The lushly green pistachio trees of Farhad Sharif's farm near Sirjan are an oasis against the flat brown landscape.

The family installed a drip-irrigation system eight years ago that carefully controls the amount and quality of water delivered to each plant.

"We get more quality and more quantity from our pistachio trees, and we use 70 percent less water," says Sharif, who runs the business with his father.

They strictly limit the size of the farm to ensure the underground water levels can be replenished naturally.

"Everyone should do it," he says, but he knows the problem is money.

Sharif's family had cash and connections in Tehran that helped them secure a loan for the system, but even their farm cannot avoid the wider problems in the area.

Each year, he says, they have to pull up the pipes and shorten them as water tables deplete and the land gradually sinks.

"The problem is more dangerous than people realise. There is just not enough oversight," Sharif says.

"What is happening around here is a catastrophe - it has reached a crisis point."