The Revolutionary Guards can take their fight beyond Iran's borders, the supreme leader says, responding to the US killing of a top general and to civil unrest.

Iran's supreme leader has thrown his support behind the elite Revolutionary Guards in a rare sermon after their belated admission that they accidentally downed an airliner, triggering days of protests.

In his first Friday prayers sermon in eight years, Ayatollah Ali Khamenei also told worshippers chanting "Death to America" that the elite Guards could take their fight beyond Iran's borders after the US killing of a top Iranian commander.

Washington said any threats would only isolate Iran further.

Khamenei's address comes amid a deepening crisis for Iran as it grapples with unrest at home and rising pressure from abroad.

Tension has steadily ratcheted higher since 2018 when the US withdrew from Tehran's nuclear pact with world powers and reimposed sanctions that have hammered the economy. 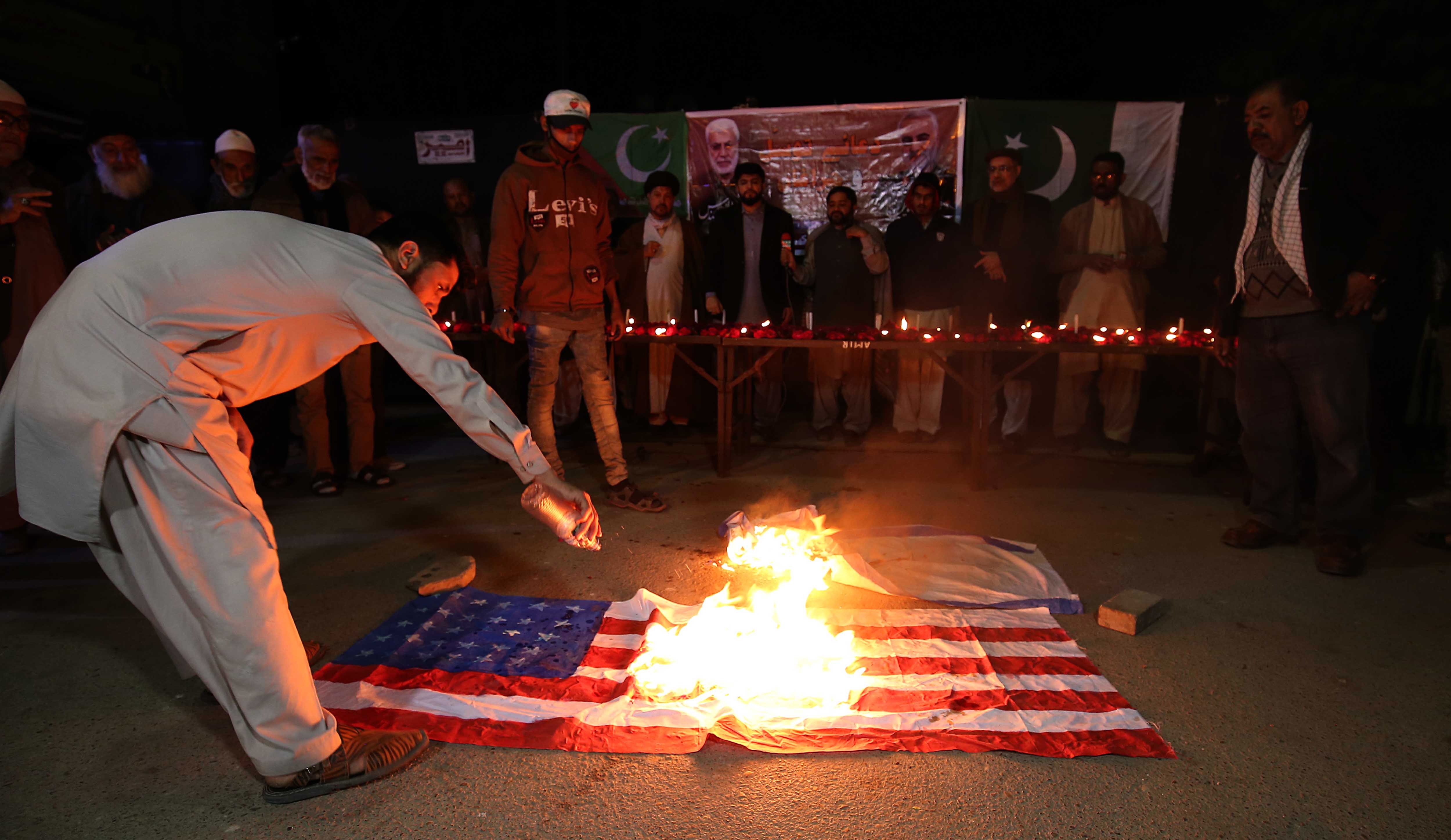 Pro and anti-government protests have cropped up across Iran’s capital, as the country faces increased condemnation over the downing of a Ukrainian flight.
EPA

The stand-off erupted into tit-for-tat military strikes this month when Washington killed top commander Qassem Soleimani in a drone strike on January 3 and Iran launched missile strikes at US targets in Iraq on January 8.

In the tense aftermath, a Ukrainian airliner was shot down by mistake. But it took days for the Guards to admit this and protesters directed their rage at the elite force and the clerical system it was set up to defend. "Our enemies ... were happy that they found an excuse to undermine the Guards, the armed forces and our system," Khamenei said in his sermon, heaping praise on the Guards for protecting Iran and renewing a call for US troops to leave the region.

He said Quds Force soldiers were "fighters without borders".

The US Department of State's special representative to Iran, Brian Hook, said in Washington that Iranian threats risked further isolating the country.

But Russia lent Iran some support over the airline disaster, saying it had been shot down when Tehran was spooked by reports of advanced US stealth fighters in the area.

"I'd like to underline the edginess that always accompanies such situations," Foreign Minister Sergei Lavrov said.

Protests, led by students, erupted in Tehran and other cities for four days over the shooting down of Ukraine International Airlines flight 752, in which all 176 on board were killed, mostly Iranians or dual nationals.

As the unrest picked up, US President Donald Trump sent tweets in Farsi and English supporting the protesters, who were chanting "Death to Khamenei" and slogans against the Guards.

More than 170 people killed after Ukrainian airliner crashes in Iran

"The plane crash was a bitter tragedy that burned through our heart," he added.

"But some tried to use it as an excuse to overshadow the martyrdom of our great commander Soleimani."

Stopping short of a direct apology for the plane disaster, he urged Iranians to unite and show solidarity by turning out in numbers for the February parliamentary election.