Mohammad Kord has been released from immigration detention after more than eight years, but he says he won't be truly happy until his friends are also freed. 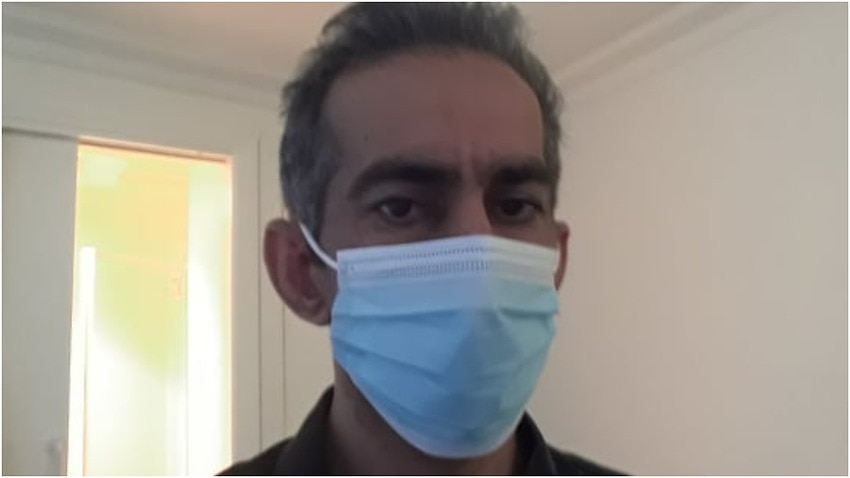 When Iranian asylum seeker Mohammad Kord found out he would be granted a bridging visa and released from Melbourne’s Park Hotel on Wednesday afternoon, he burst into tears.

But they were not happy tears.

Speaking to SBS News from his hotel room after his release, Mr Kord said he felt overwhelmed by a deep sense of injustice and guilt that he’d be freed while many of his friends would be left behind in detention.

“I swear to God, you don’t know what I’m going through,” Mr Kord said.

“My friends, we've been together almost nine years. On Manus [Island], we had each other’s backs. We care too much about each other.

“I’m free but I’m not going to be happy until my friends are released.”

The 37-year-old was one of six men who were freed from detention centres in Melbourne and Brisbane, and granted bridging visas on Wednesday.

Of those six men, five were from Melbourne’s Park Hotel and one from Brisbane Immigration Transit Accommodation (BITA).

Released but left ‘in limbo’

In 2013, Mr Kord escaped Iran and arrived in Indonesia, where he attempted to travel to Australia by boat.

As a follower of the Zoroastrian faith, Mr Kord said he left Iran due to religious persecution.

Mr Kord was detained on Manus Island in Papua New Guinea until 2019 when he was transferred to Australia for medical treatment under the Medevac legislation.

He was first detained in Melbourne Immigration Transit Accommodation (MITA) before he was moved to Park Hotel last December.

“I am scared. They released me and put me in limbo. I have to leave [Australia],” Mr Kord said.

“When this government always says ‘I don't want you’, you're not going to be happy here.”

Mr Kord has applied to be resettled in the United States. He told SBS News he's been waiting two years for an interview, with the process delayed by COVID-19.

Mr Kord is currently on a Bridging Visa E, which allows people to “stay lawfully in Australia” while making arrangements to leave.

The visa grants him permission to work and access to Medicare, but he cannot study or access Centrelink.

Mr Kord said following his release, he was taken to a nearby motel and offered two weeks of accommodation and a $300 food voucher.

“People released on bridging visas, who have been in detention for eight and a half years, the idea that they can be released on a bridging visa and expected to work and support themselves is just an impossibility.”

Mr Rintoul said the government relies too heavily on advocates and the charity and refugee sector to support refugees and asylum seekers once they are released from detention.

He said that it would be challenging for those released to find a job and a place to live in two weeks, particularly ahead of Christmas.

“To be kicked out of a detention centre after years ... with two weeks in a hotel and a bit of money to support themselves, it’s beyond a disgrace," Mr Rintoul said.

“The overriding thing is that the people who remain in detention need to be free but they’ve got to have substantive visas.”

Today five Medevac refugees from the Park prison got their freedom after 9 years. Congratulations!
There are still 36 refugees locked up there.

Mr Rintoul said there are roughly 75 people in Australia who arrived under the Medevac legislation, while offshore roughly 124 asylum seekers and refugees remain in Papua New Guinea and 100 in Nauru.

In the past month alone, there have been at least 10 asylum seekers and Medevac refugees released from MITA, Park Hotel and BITA.

At the beginning of this year, up to 50 asylum seekers and refugees were freed from various detention centres across the country.

But reflecting on these releases and those that occurred recently, Mr Rintoul said it’s still unclear why the government has freed them and not others.

“The releases look arbitrary because they are arbitrary,” Mr Rintoul said.

“Some of the releases have had legal cases, but there is no legal precedent that’s been established.

“A number of people have been referred to the minister for visa determinations, but there’s no consistency in those decisions.”

"Individuals released from immigration detention are provided transitional support through the Status Resolution Support Services program including caseworker support, accommodation and financial assistance," the spokesperson said in a statement to SBS News.

They added the federal government's policies had not changed and asylum seekers who arrive by boat "will not be settled in Australia."