An Iranian-born author and actor has taken the opportunity of winning a major NSW literary award to speak out against Immigration Minister Peter Dutton's controversial comments about 'illiterate' refugees.

Iranian refugee Osamah Sami, 33, has taken out the Multicultural category at the 2016 NSW Premier's Literary Awards, for his memoir, 'Good Muslim Boy'.

The book, which describes his own experiences of fleeing Iran, was printed last year.

He took this opportunity to criticise comments made by Immigration Minister Peter Dutton on 'illiterate refugees.'

"I wrote a book in my third language, in your language - in English, and I just happened to win the literary prize and I don't know if you can even read my book," Mr Sami said.

"Many people would take the views of the minister responsible for the refugee program at face value and not realise the political motivation behind these comments," he said.

Now a prolific actor, writer and comedian, Mr Sami fled persecution in Iran as a teenager and arrived in Australia with little else than his sense of humour.

Mr Sami said he "became confused" after finding a flyer in the mail asking him to become a member of AFL club Essendon Bombers.

"Are the Australians setting a trap for us, do they want to know if we call. I was just shaking and we went back inside me and my brother were trying to decipher the codes.

"Why do they want us to join the Bombers? Is it because I am Osamah and my brother is Mohammed?"

Mr Sami's life story is soon to be the subject of a feature film. 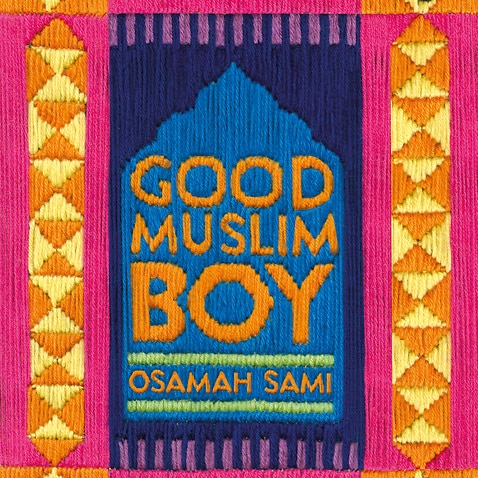 Billed as Australia's first Muslim romantic comedy, 'Ali's Wedding' is described by producer Sheila Jayadev as a story that many will be able to relate to.

"It's a classic Romeo and Juliet love story but set in the Muslim community in Melbourne," she said.

"We think it's a very important story to tell because Osamah is providing us with a very honest and authentic window into a culture that for the most part is vastly misunderstood."

A misunderstanding that Mr Sami said can be remedied with the telling of stories.

"When you emphathise with another human being you empathise as a human being, not as a Sudanese person, an Iraqi person or an Iranian person," he said.

"They're just a human being in front of you."

Ali's Wedding will be released in cinemas in 2017.