Gunmen in cars have opened fire in Baghdad's Khilani Square, leaving at 25 people dead and more than 130 wounded.

Iraqi officials have raised the death toll to 25 protesters killed and over 130 wounded after unknown gunmen targeted anti-government demonstrators in the capital city.

The attack on Friday was among the deadliest since 1 October, when thousands of Iraqis took to the streets calling for sweeping political reforms and the end of Iran's influence in Iraqi affairs. The gunfire continued until the early hours of Saturday morning.

The assailants first unleashed the deadly assault on Baghdad's Khilani Square and Sinak Bridge, driving through the areas that are the epicentre of the popular uprising.

Protesters said the electricity in the square was cut, creating chaos as they ran from the bullets and took cover in nearby mosques and streets. 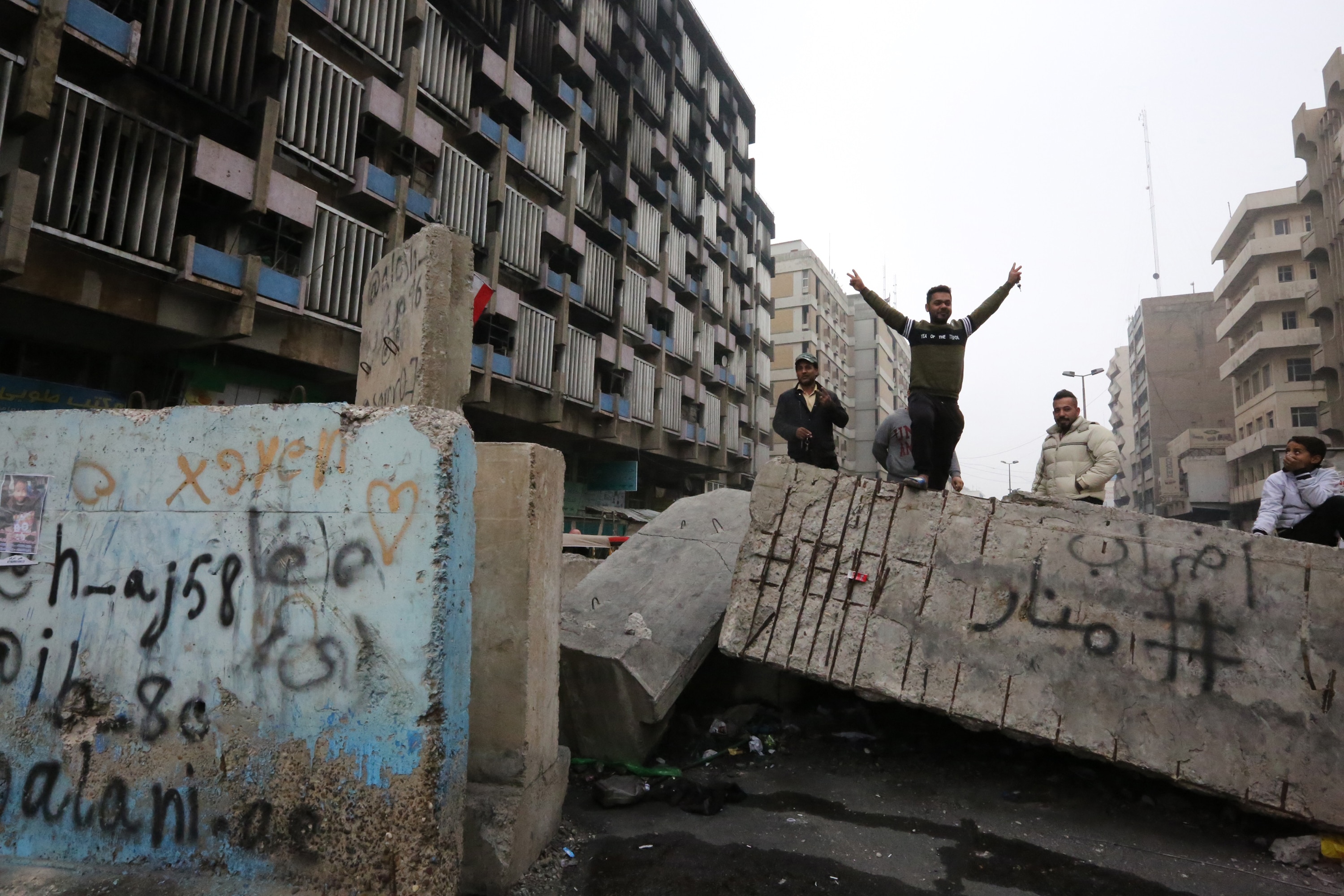 An Iraqi protester gestures as he stands on a cement block at Al-Khilani square in the capital Baghdad.

The attack led to the burning of a car park that demonstrators had converted into a base for their sit-in, while surrounding buildings in the square were pockmarked with bullet holes.

On Saturday, protesters raised a bloodied white flag as they sought to return to the scene. Four killed and more than 50 injured in Baghdad protests

One protester was seen collecting the spent cartridges and held out at least a dozen.

Anti-government activists have sought to blame supporters of Iran-backed Iraqi militias, which have staged similar attacks against protester sit-ins in the capital and the country's southern cities. A string of mysterious knife attacks against anti-government protesters also occurred on Thursday in the square, after supporters of the Iran-backed militias attempted their own rival demonstration before withdrawing.

Friday's deadly attacks came hours after Washington slapped sanctions on the head of Asaib al-Haq, a powerful Iran-backed militia accused of being behind deadly sniping attacks on protesters. 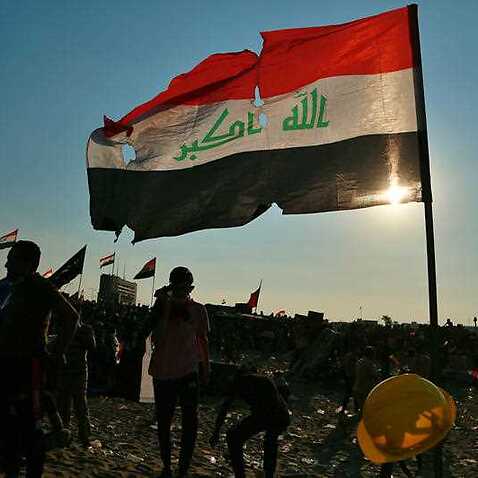 The US Treasury sanctioned leader Qais al-Khazali, his brother Laith al-Khazali, who is a commander in the group, and Husain Falih Aziz al-Lami.

Iraqi security forces were deployed to streets leading to the square by the early morning.