The Assyrian city of Nimrud, located in an area Iraqi forces said was recaptured during the operation to retake jihadist-held Mosul, is one of the region's most important archaeological sites.

Built in the 13th century BC, the city on the Tigris river about 30 kilometres southeast of Mosul once served as capital of the Assyrian empire.

But in April last year, the Islamic State group released a video of its fighters destroying monuments there before planting explosives around the site and blowing it up.

In the video, militants with sledgehammers and power tools broke artefacts before rigging the site with large barrels of what appeared to be explosives. The subsequent footage showed a massive explosion and its aftermath, suggesting the ruins of Nimrud were largely levelled.

"Whenever we are able... to remove the signs of idolatry and spread monotheism, we will do it," one militant said at the end of the video.

The damage came a week after a video was released in which IS militants wielding sledgehammers were seen gleefully smashing statues in the Mosul museum.

Many of the artefacts destroyed in the video came from Nimrud. In this March 13, 2016 file photo, Iraqi workers mop the floor at the Assyrian Hall of the Iraq National Museum Baghdad. (AAP)
AAP

The destruction was part of a campaign of annihilation against heritage sites under jihadist control that also targeted UNESCO world heritage sites Hatra in Iraq and Palmyra in neighbouring Syria.

IS says the ancient monuments are idols that violate the teachings of its extreme form of Sunni Islam, but still sells allegedly forbidden artefacts to fund its operations.

Nimrud, founded in the 13th century BC, is one of the most famous archaeological sites in a country often described as the cradle of civilisation.

Surrounded by a huge defensive mud brick wall, it flourished during the reign of the King Ashurnasirpal in the 9th century BC.

Its vast palaces and monuments have drawn archaeologists for more than 150 years.

The ancient city was first described in 1820 and plundered by Western explorers and officials over subsequent decades.

Most of Nimrud's priceless artefacts were moved long ago to museums in Mosul, Baghdad, Paris, London and elsewhere.

It was also looted and damaged during the 2003 US-led invasion.

But giant "lamassu" statues - winged bulls and lions with human heads - and reliefs were still on site at the time of the IS destruction. 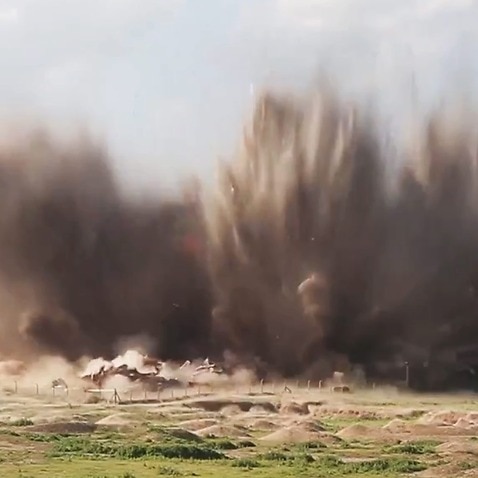 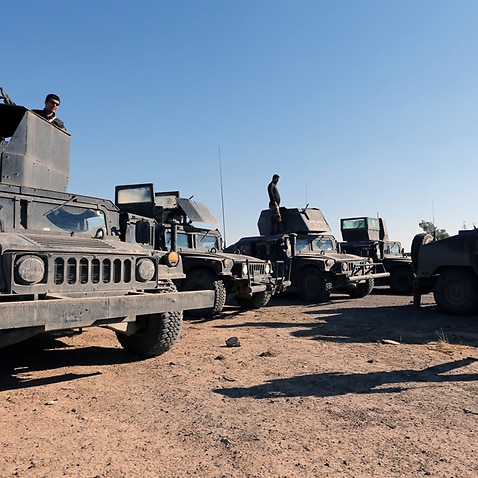 In 1988, archaeologists at the site unearthed a collection of 613 precious stones, gold jewels and various ornaments. Looted Nimrud artifacts are seen on a table at the Iraqi National Museum in Baghdad, Iraq, in this May 6, 2003 file photo, after they were recovered.
AAP

Experts described the "treasure of Nimrud" as the most significant discovery since Tutankhamun's tomb in Egypt in 1923.

The treasure, which dates back to the Assyrian empire's heyday around 2,800 years ago, was briefly displayed at the National Museum in Baghdad before Iraq invaded Kuwait.

It was then hidden and its fate remained unknown until it was discovered in 2003, soon after US-led troops toppled Saddam Hussein's regime, in a bombed out central bank building. 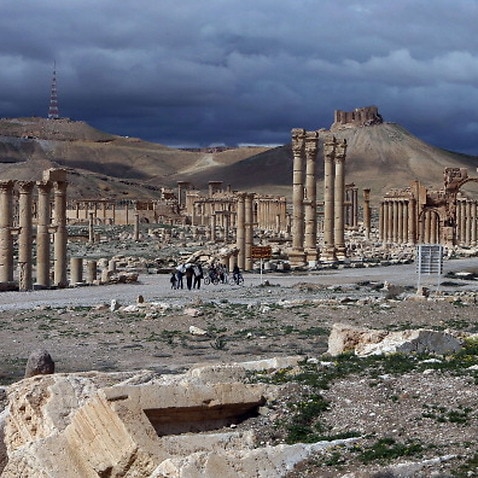 The cradle of civilisation: What is Palmyra and why is it so significant?