Islamic State fighters are fiercely defending an ever-shrinking area of Mosul as Iraq prepares for a week of nationwide celebrations.

Islamic State fighters are battling to hold on to the last few streets under their control in the Old City of Mosul, making a doomed last stand in their former Iraqi stronghold.

In fierce fighting, Iraqi army units forced the insurgents back into a shrinking rectangle no more than 300 by 500 metres beside the Tigris river, according to a map published by the military media office.

Smoke covered parts of the Old City, which were rocked by air strikes and artillery salvos through the morning.

The number of IS militants fighting in Mosul has dwindled from thousands at the start of the government offensive more than eight months ago to a mere couple of hundred now, according to the Iraqi military.

Iraqi forces say they expect to reach the Tigris and regain full control over the city by the end of this week. Prime Minister Haider al-Abadi is expected to visit Mosul to formally declare victory, and a week of nationwide celebrations is planned. 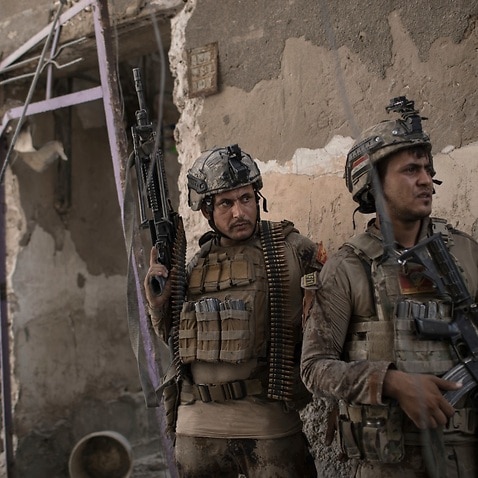 Iraq battles last of IS fighters in Old Mosul Mosul is by far the largest city captured by Islamic State. It was here, nearly three years ago to the day, that it declared the founding of its "caliphate" over parts of Iraq and Syria.

With Mosul gone, its territory in Iraq will be limited to areas west and south of the city where some tens of thousands of civilians live.

It was from here that Islamic State leader Abu Bakr al-Baghdadi made his first and only video appearance, proclaiming himself "caliph" - the ruler of a theocratic Islamic state - on July 4, 2014.