Iraq's ambassador to Australia has warned Pauline Hanson's burqa stunt could give ammunition to the Islamic States' cause in the Middle East.

Pauline Hanson's burqa shenanigans in parliament could backfire and give ammunition to the Islamic States' cause in the Middle East, Iraq's ambassador to Australia warns.

The One Nation leader received a stinging rebuke from Attorney-General George Brandis over her stunt in Senate question time on Thursday.

Ambassador Hussain Al-Ameri said such a performance had the potential to negatively influence people at risk of being radicalised both in Australia and the Middle East.

Dr Al-Ameri said the behaviour created a perception that Australians were anti-Muslim and against Islamic principles and traditions.

"Social media makes the world a small village. When anything happens it can be seen anywhere. Accordingly there is no secret thing," Dr Al-Ameri told AAP. "The terrorists are smart. They can make use of this (incident) to motivate their people everywhere, including Australia."

It's important to differentiate between extremism and religion as practised by law abiding citizens, he said.

Dr Al-Ameri said he didn't wish to criticise Senator Hanson directly but merely wished to offer advice that her behaviour may be unhelpful.

He said it was important to create goodwill with Muslim communities and show respect towards customs and traditions.

Dr Al-Ameri praised the leadership of Canadian Prime Minister Justin Trudeau who last year fasted for the first day of Ramadan and then celebrated an Iftar dinner with Muslim MPs in his party.

Mr Trudeau said at the time that Ramadan reminds people to show appreciation for countless blessings and to put the needs of others before our own.

Prime Minister Malcolm Turnbull told reporters in Canberra it was right to describe Senator Hanson's behaviour as a "stunt". 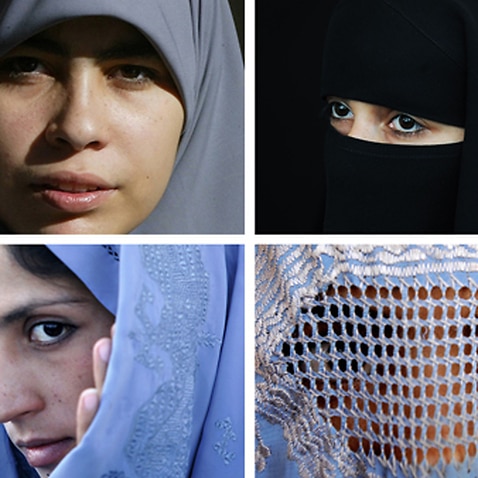 Senator Hanson was unrepentant on Friday.

"I'm not embarrassed by what I did. I've created debate over it, which needed to be done," she said.