The IS defeat in Raqqa was a 'historic' achievement as the Kurdish-led Syrian Democratic Forces retook the former de factor capital of the terror group.

The ISgroup's defeat in its Syrian bastion of Raqqa was a "historic" achievement, the US-backed force that led the months-long battle said at an official ceremony in the city Friday.

"We dedicate this historic victory to all humanity," Talal Sello, spokesman for the Kurdish-led Syrian Democratic Forces (SDF) that took full control of Raqqa on Tuesday, said.

"We in the general command of the Syrian Democratic Forces announce that we will hand over the administration of the city of Raqqa and the surrounding countryside to the internal security forces in Raqqa," Mr Sello added, referring to part of a civil authority set up for the city. 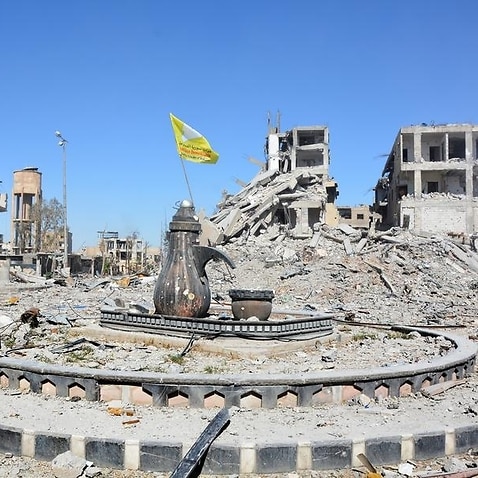 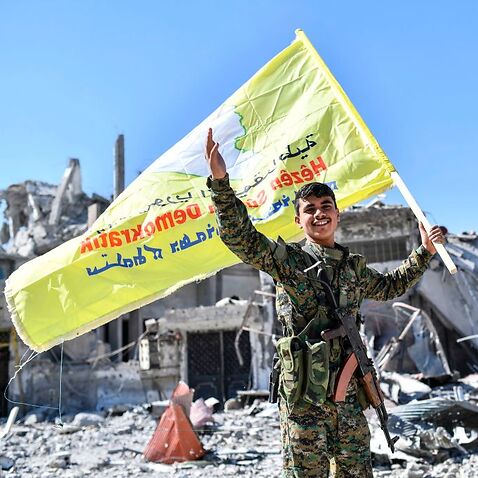 But Mr Sello said the handover would not be immediate, with SDF fighters still combing the city, which lies in ruins and littered with explosives.

"After the end of clearing operations... we will hand over the city to the Raqqa Civil Council," he said.

The RCC was created some six months ago and is made up of local officials who will face the daunting task of rebuilding the city.

Raqqa become the de facto Syrian capital of IS's self-styled "caliphate" in Syria and Iraq after the jihadists captured it in 2014.

The SDF, a Kurdish-Arab alliance backed by the US-led coalition, broke into the city in June after months of fighting to surround it.

The Britain-based Syrian Observatory for Human Rights monitor estimates over 3,000 people, at least a third of them civilians, were killed in the fighting.