Is it 1993 and Fightback all over again?

There are many similarities, if inexact, between this election and John Hewson's "unlosable" effort against Paul Keating in 1993. 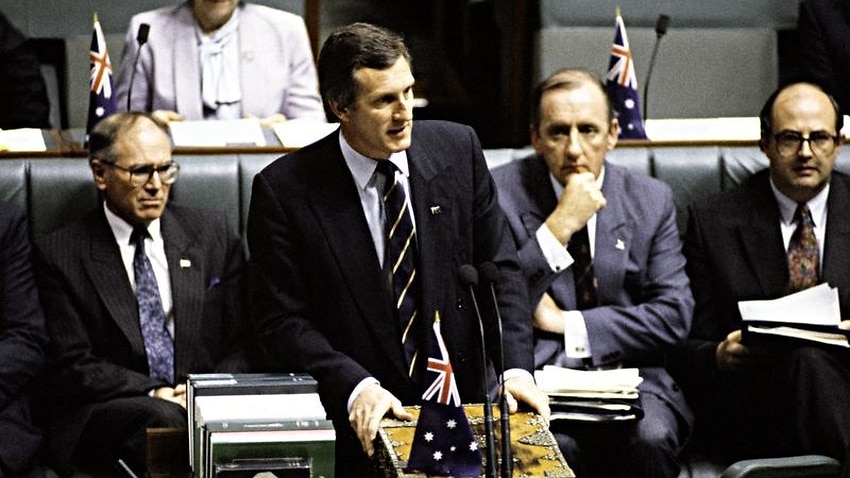 This election has similarities to John Hewson's "unlosable" effort against Paul Keating in 1993. (AAP)

The political parties learnt one big lesson from the "unlosable" election of 1993 and Saturday's result seems, sadly, to have reinforced it.

The lesson is: Don't go crazy brave on policy because your opponent will mount a scare campaign that will shred you.

The parallels with 1993 aren't exact, but they're close enough.

The 650-page document was the biggest collection of radical conservative policies ever presented to the Australian people. They included major changes to Medicare, unemployment benefits and industrial relations. Its centrepiece was a 15 per cent GST.

It was far more radical and comprehensive than the changes to negative gearing and imputation credits that Bill Shorten offered this time.

It would be fanciful to suggest Shorten's proposals helped end Malcolm Turnbull's time at The Lodge.

But Scott Morrison, like Keating, wasn't going to die wondering.

They both faced consistently depressing opinion polls and they both mounted massive scare campaigns.

Keating, however, also produced a comprehensive policy of his own, called One Nation (this was before Pauline Hanson). Morrison only promised economic stability.

Even on voting day, the polls suggested the challengers would win, though in Keating's case the gap was narrowing and Morrison was getting some promising trends from private polling in selected marginals.

Nevertheless, the result in both cases - Keating picked up two seats - was a major surprise.

And the lesson - don't give your opponent anything to attack, particularly if there are losers who can be terrified - is the same.