There are at least two people currently serving in the Australian Defence Force who publicly identify as gender-neutral or 'gender X', since legal changes last year permitted recruits to identify as a third gender.

The change has been well-supported by their peers, and mostly by their chain of command too, according to a military historian who has formally interviewed two of the serving gender X personnel.

But in a development apparently triggered by media inquiries this week, the government appears to be attempting to wind back protections afforded to non-binary gender individuals under the Sex Discrimination Act.

The ADF has confirmed to SBS World News that it is in discussions with the government to consider the need for an exemption to the Act and the guidelines "due to the unique operational requirements of military service". Gender-neutral communication: how to do it

What does gender X mean?

Defence, like other government agencies, is obliged under 2013 changes to the Sex Discrimination Act to offer a gender X category in official documents, which is for people identifying as "Indeterminate/ Intersex/ Unspecified". The changes came into force in mid 2016.

"The X category refers to any person who does not exclusively identify as either male or female, i.e. a person of a non-binary gender. People who fall into this category may use a variety of terms to self-identify," the government guidelines stipulate.

While they are terms often used interchangeably, sex and gender are distinct categories in the legislation.

Sex is identified as chromosomal or anatomical characteristics associated with a person's biological sex; gender is self-identified.

The Australian reported on September 22 that a second-year cadet who identifies as gender X, who the paper refers to as Cadet X, has moved from the female barracks to mixed accommodation and was to no longer be referred to as "she" or "he" but by their surname, or as "Cadet". Challenges remain a year on from India's third gender case

He interviewed Cadet X and one other non-binary defence force recruit in the past few months as part of his research.

Dr Riseman said that Cadet X, who enrolled in the Australian Defence Force Academy last year, was the first person to use the gender X category in defence.

"It's really important to emphasise that when Cadet X came out to their peers as non-binary, their peers have been incredibly welcoming and incredibly accepting," Dr Riseman said.

"Cadet X's peers do not have a problem with this. Cadet X's personal chain of command has not completely understood it but has listened and been open and tried to support them, such as by providing mixed-gender accommodation."

Much of military life is still divided along traditional gender lines, however, such as uniforms, toilets and fitness standards.

Dr Riseman said Cadet X has managed this by using the accessible toilets where possible, and wearing a male uniform. Because Cadet X's sex is still listed as female, they are formally subject to the women's fitness standards such as a set number of push-ups. Dr Riseman said that defence had come a long way in its treatment of gender diverse and non-heterosexual people, and his research showed that most current LGBTI service members report it is a positive work environment.

"Twenty-five years ago this year the ban was lifted on lesbian gay and bisuexal people serving," he said.

A ban on transgender personnel was lifted in 2010.

"In fact the defence force has completely changed its attitude now and embraced LGBTI people for all the diversity and capabilities they bring. Why should it be any different for non-binary people?"

Gender X "likely to be under-represented"

The government began collecting information across the whole public service on personnel who want to self-report as gender X in mid-2016.

In the latest count, there were just seven of 153,421 employees who identified as gender X.

However, the ABS analysis said that number "is likely to be underrepresented, due to the recent implementation of the guidelines, and employees having to initiate the amendment to their gender in their personal record."

Other countries that offer a third gender or gender X category on official documents including passports, drivers licences and in some cases birth certificates, include Canada, India, Germany, New Zealand, the UK and some US states. 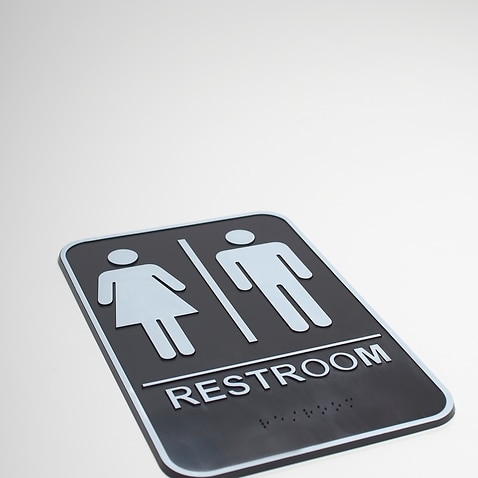 Comment: What's the backlash against gender-neutral bathrooms all about?