Is the coronavirus variant in South Africa more dangerous than the UK strain?

Britain's Matt Hancock says he believes the virus variant in South Africa is "yet more transmissible" than the UK strain. But is that claim supported by the evidence? 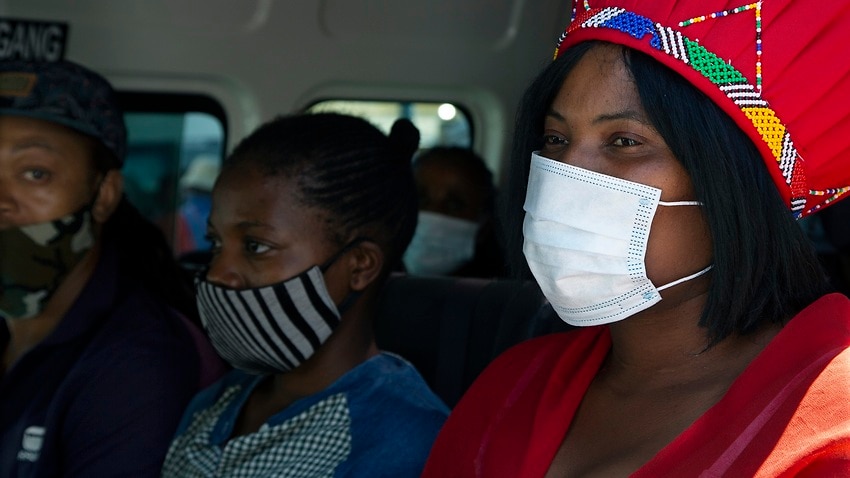 Announcing restrictions on travel from South Africa Wednesday, Britain's Matt Hancock had said that the variant there was "highly concerning, because it is yet more transmissible, and it appears to have mutated further" than the similar strain in Britain.

South Africa has identified a new variant of the novel coronavirus, which authorities believe is driving a surge in COVID-19 infections that could overwhelm its healthcare system.

Several countries, including Britain which has found the mutant variant in cases linked to South Africa, have banned flights from South Africa, disrupting holiday travel and frustrating tour operators.

Britain's Matt Hancock said the variant in South Africa is "highly concerning, because it is yet more transmissible, and it appears to have mutated further" than the similar strain in Britain.

What is the new variant?

The new variant, referred to as 501.V2, was discovered by a network of scientists around South Africa who have been tracking the genetics of the SARS-COV-2 virus.

The variant appears to be focused in the south and southeast regions of the country and has been dominating findings from samples collected since October, they say.

First identified in Nelson Mandela Bay, along South Africa’s east coast, it spread rapidly to other districts in the Eastern Cape, and to the Western Cape and KwaZulu Natal (KZN) provinces.

Scientists say the variant is different from others circulating in South Africa because it has multiple mutations in the important “spike” protein that the virus uses to infect human cells.

It has also been associated with a higher viral load, meaning a higher concentration of virus particles in patients’ bodies, possibly contributing to higher levels of transmission.

Between 80 per cent and 90 per cent of new cases in the country are carrying the mutant variant, according to health authorities.

Are the concerns justified?

All viruses, including the one that causes COVID-19, change over time, and there have been hundreds of variations of this virus identified worldwide.

South African scientists say there is no clear evidence at this stage that this variant is associated with more severe disease or worse outcomes. However, it does appear to spread faster than previous iterations.

"And when that happens, we have a big spike of increased mortality."

The positivity rate - or the percentage of all coronavirus tests performed that are actually positive - stood at 26 per cent as of December 23, around double the average rate of infection before December, when the virus showed signs of waning.

In the first wave of infections, which peaked during the winter months between June and July, the positivity rate reached as high as 27 per cent.

"The rate of spread is much faster than the first wave and we will surpass the peak of the first wave in the coming days," health minister Zweli Mkhize said on Wednesday.

Is it different to the UK variant?

The variants reported by South Africa and the UK share a common change in the spike protein that may make them more infectious. But they are different variants, and sequence analysis revealed that they originated separately, the World Health Organization said.

"The ‘South African’ variant is distinct from the UK variant, but both contain an unusually high number of mutations compared to other SARS-CoV-2 lineages," said Dr Andrew Preston, a reader in microbial pathogenesis at the University of Bath.

Will COVID-19 vaccines protect against this variant?

South African authorities say it is too early to say whether the vaccines currently being deployed in Britain and the United States, or other COVID-19 shots in development, will protect against the new variant.

Vaccine developers including AstraZeneca, BioNTech and Moderna Inc said this week that they expect their shots to still work against the UK variant.