The UN's refugee agency says Islamic State is hold hundreds of families hostage as 'human shields' as fighting for the Iraqi city of Fallujah intensifies.

Islamic State forces are reported to be holding several hundred families as "human shields" in the Iraqi city of Fallujah while government forces close in, the United Nations refugee agency says.

Some 3700 people have fled Fallujah, west of Baghdad, over the past week since the Iraqi army began its offensive on the city controlled by militant forces, it said.

"UNHCR has received reports of casualties among civilians in the city centre of Fallujah due to heavy shelling, including seven members of one family on the 28th of May (Saturday)," UNHCR spokesman William Spindler told a news briefing on Tuesday.

"There are also reports of several hundred families being used as human shields by ISIL in the centre of Fallujah."

"Most people able to get out come from the outskirts of Fallujah.

"For some time militants have been controlling movements, we know civilians have been prevented from fleeing.

"There are also reports from people who left in recent days that they are being required to move with ISIL within Fallujah," she told Reuters.

Islamic State militants fought back vigorously and parried an onslaught by the Iraqi army on a southern district of Fallujah, officers said.

Iraqi authorities are holding some 500 men and boys under the age of 12 for "security screening" as they leave the city, a clearance process that can take up to seven days, Spindler said.

"But people are being released after this process and we understand that 27 men were released yesterday (Monday) after being screened," he said. 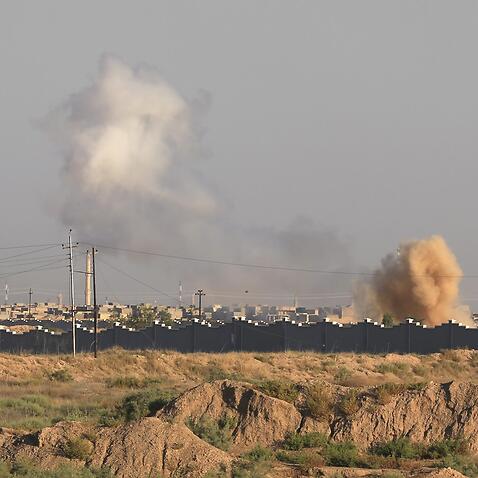