Isaiah had 17 foster families in 18 years. Now he's mentoring others like him

Isaiah Dawe’s ID Know Yourself program is helping to change the lives of young Aboriginal people in out-of-home care in Sydney. He says it’s never been more important following the challenges brought on by the coronavirus pandemic. 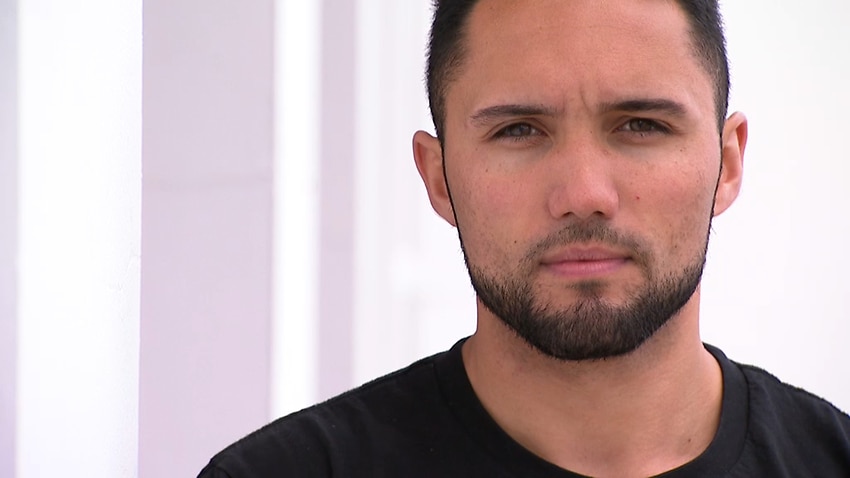 Isaiah Dawe was taken into Australia’s child protection system when he was just two months old. He would remain in it until he turned 18 after being placed with 17 different foster families.

The Butchulla and Gawara saltwater man was the fourth generation of his family to enter foster care and it saw him experience physical and emotional abuse, racism, and a loss of connection to his family, land and culture.

None of the primary carers he was placed with were Indigenous, and as a result, he labels the system a modern-day “stolen generation”.

Now aged 26, he is doing something about it.

“This stops with me … nobody should be left behind,” he told SBS News as he launched his Aboriginal-led not-for-profit mentoring program ID Know Yourself in 2019.

This month, the program is marking two years of challenges and success.

It gives the youth placed in non-Indigenous care a sense of belonging and opportunity to stay connected to their cultural identities. Source: supplied

The program, based in the Sydney suburb of Redfern, was set up to support Aboriginal children in out-of-home care in the community and correct any service gaps that might impact them, including when children leave the system after turning 18.

“ID is fitting because the program is all about helping these kids establish their own identity,” Isaiah says. “I’ve learned that if you don’t know where you’ve come from, how can you ever find out where you need to go?”

They’re also encouraged to build a strong cultural identity and learn about the importance of education and health, and philanthropy.

“It is about making sure these kids have a choice because that’s what they have taken away from them,” Isaiah says. “We want to give them the skills they need to choose a better life.”

“This stops with me … nobody should be left behind,” Dawe is driven by his own experience in the system. Source: supplied

“Since launching, we have been able to support 56 young people.”

“The kids love and need the mentorship element. It’s a safe space because many of them don’t have positive people to look up to. It’s about building positive, trusting relationships and having consistent people in their lives.”

But it’s not been smooth sailing.

Of the approximately 45,000 children in out-of-home care in Australia, about 20,000 are Aboriginal and Torres Strait Islander. The coronavirus pandemic led to an abrupt strain on resources and a surge of Indigenous youth in out-of-home care, Isaiah says.

“COVID has certainly impacted us, especially when we weren’t able to meet our kids in a group setting, which was really challenging for them as they needed the peer-to-peer support.”

“They were initially confused and unsettled, just like the rest of us. During quarantine, we saw some of them slip into negative patterns.”

It forced Isaiah and his team of seven mentors and coordinators to adapt.

Dawe hopes to one day deliver his program to all Indigenous children in out of home care. Source: supplied

The masks were distributed to remote Indigenous communities and eventually picked up by Westpac for their staff to wear in branches around the country.

“It meant so much to the kids to see interest in their creations. It gave them a powerful sense of contribution and giving back,” Isaiah says.

Since then, the program’s reach has evolved further, recently announcing partnerships with corporations including Lenovo, Uber, EY, Bunnings Warehouse, and Microsoft.

And next month, the team will unveil a native bush garden at their Redfern headquarters.

“The kids loved cooking and were starting to ask about how to incorporate Indigenous foods into traditional meals, so we saw an opportunity to build a garden," Isaiah says.

“The youth will be driving the building and maintenance of it and they’ll utilise it when they’re doing their cooking activities. We now have a few aspiring horticulturalists, and some are even starting to get curious about bush medicine.”

Jannelle Brown, a Yuin and Gurnai Kurnai woman and mentor at ID Know Yourself, says the cultural emphasis of the program is what sets it apart from other services delivered to children in out of home care.

“Many of them have had traumatic experiences, but we’re trying to use the program to show them a different life. We’re different because we fill the gap of family support.

She says having someone like Isaiah at the helm is critical.

“Being Indigenous-run and having a CEO who has been through the system and has experienced it all makes the service even more beneficial.

“He has experienced the same mindsets, being disconnected from culture, and in the same cycle, so the kids hear his story and they feel a sense of belonging - they’re not lost or left.”

And Isaiah has big expansion plans for ID Know Yourself in the future.

“We currently have our eye on Western Sydney, in places like Mount Druitt where there is just such a need,” he says.

And one day he hopes to be running a national not-for-profit, reaching every single Indigenous child in out-of-home care across Australia.

“COVID really taught us the importance of a strong support network and showed how connected we all really are.”

Share
Published 26 May 2021 at 5:43am
By Mikele Syron
Topics
Indigenous