For the second day in a row Israel has struck military targets in Syria after projectiles landed in the Israeli-controlled Golan Heights.

The Israeli military says it has attacked a series of targets belonging to the Syrian military, after several projectiles from neighbouring Syria landed in the Israeli-controlled Golan Heights for a second day.

The military said it targeted two Syrian artillery positions and an ammunitions truck on Sunday.

There were no immediate reports of casualties. But as an added precaution, the military instructed Israeli civilians from gathering in open areas in the border area.

It was the second straight day that Israel responded to what it has described as errant fire from Syria.

Israel has tried to stay out of the six-year civil war in Syria and refrained from taking sides, but has responded to spill-over fire on numerous occasions.

Israel also is believed to have carried out air strikes on suspected weapons shipments to its arch enemy Hezbollah, whose fighters are in Syria backing government forces.

"Our policy is clear: We will not tolerate any spill-over or trickle whatsoever - neither mortars nor rockets, from any front," Prime Minister Benjamin Netanyahu told his Cabinet on Sunday. 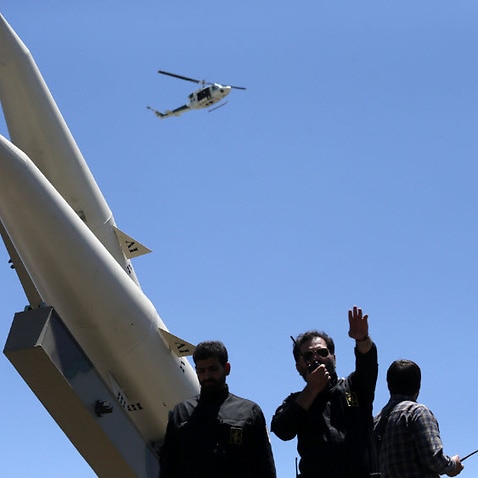 "We will respond strongly to any attack on our territory or our citizens."

He also said Israel views "with utmost gravity" Iranian attempts to gain a foothold in Syria or to provide advanced weapons to Hezbollah, its Lebanese proxy.

In Saturday's fighting, Israeli aircraft struck various positions, destroying two tanks, in response to more than 10 projectiles that landed in its territory, the military said.

Israel captured the Golan Heights from Syria in the 1967 Mideast war. It subsequently annexed the strategic plateau overlooking northern Israel, but that annexation is not internationally recognised.