In this attack, terrorists armed with high-powered assault rifles opened fire on passengers inside the Istanbul airport's international arrivals hall before detonating explosives.

“It’s quite clear, if we look at the circumstances of both attacks, our arrivals and departure halls are more vulnerable," he said. "We need to have a clearer think around what they call 'security by design', which is how do we achieve less people 'without clearance' in these concentrated spots. You have to put yourselves in the mindsets of the people who want to do us ill and wrong.

"What they want to do is cause mass casualties and in order to do so they need to bring the tools of their trade - weapons and bombs - into an environment where they've got large numbers of people to attack."

Despite a call for a review, Dr Coyne said security inside Australian airports was "fairly sound", particularly in areas of screening airport workers and detecting explosive and other possibly harmful devices.

"That internal threat is continuously monitored by our border security and police agencies. The likelihood that someone can walk in with a semi-automatic, into one of our airports, is very low," he said.

“Our police and security agencies have been highly effective in preventing explosive attacks.

"We have a whole range of preventative measures that make it very difficult in Australia because of our legislative and regulatory framework to get hold of ingredients for bombs."

Dr Coyne said a system employed in Israel, where passenger-documents and baggage are reviewed at a preliminary checkpoint outside the airport, could be one measure employed in future.

But he said that model could have drawbacks in busy Australian airports.

"Imagine Sydney airport between 8am to 10am - there are hundreds, if not thousands of people lining up Qantas and Virgin desks waiting to check in," he said.

"If you push the security point (to a point) before that and out onto the kerb at that airport, all those same people are going to be there and be choked standing around waiting to get through the clearance point. All that does is move the danger and risk." 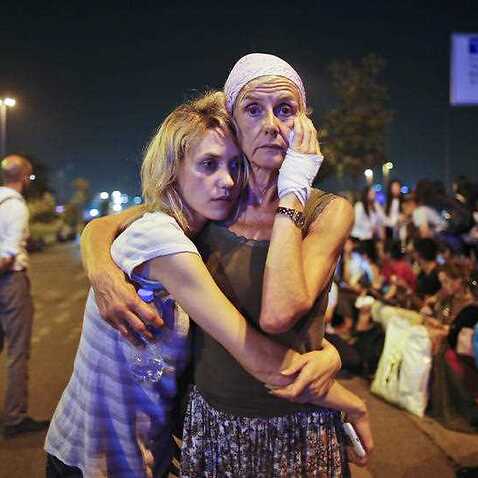