Members of Australia's Tigrayan community have described their horror as more disturbing details of human rights abuses emerge from the troubled region in northern Ethiopia.

More than 500 cases of rape have been reported to five clinics in Tigray following major unrest in the region, according to the United Nations.

Wafaa Said, deputy UN aid coordinator in Ethiopia, warned diplomats that the actual numbers were likely to be much higher.

“Women say they have been raped by armed actors, they also told stories of gang rape, rape in front of family members and men being forced to rape their own family members under the threat of violence,” Ms Said told a UN briefing in New York. A woman who fled the conflict in Ethiopia's Tigray region holds her child inside a temporary shelter at Umm Rakouba refugee camp in Qadarif, Sudan.
AP

Earlier this week, the Ethiopian Human Rights Commission (EHRC), a government-affiliated but independent agency, released its preliminary findings on the suspected killings of over 100 civilians in the town of Axum.

The report is a corroboration of earlier investigations by Amnesty International and Human Rights Watch.

Mahtut Yaynu's mother has just escaped from Tigray, but her grandparents and other extended family are still there. "They see bodies on the streets, and they've been prohibited from burying them for two or three days," she said.

"I was able to speak to my grandparents a week ago, and then the lines were closed. We've noticed that every time the government makes a move like deploying more troops, the lines are cut."

Ms Yaynu on Thursday organised a protest in Canberra aimed at urging the Australian government to apply pressure against the Ethiopian government so that troops are withdrawn from Tigray.

She also wants alleged crimes against humanity to be investigated by the United Nations. 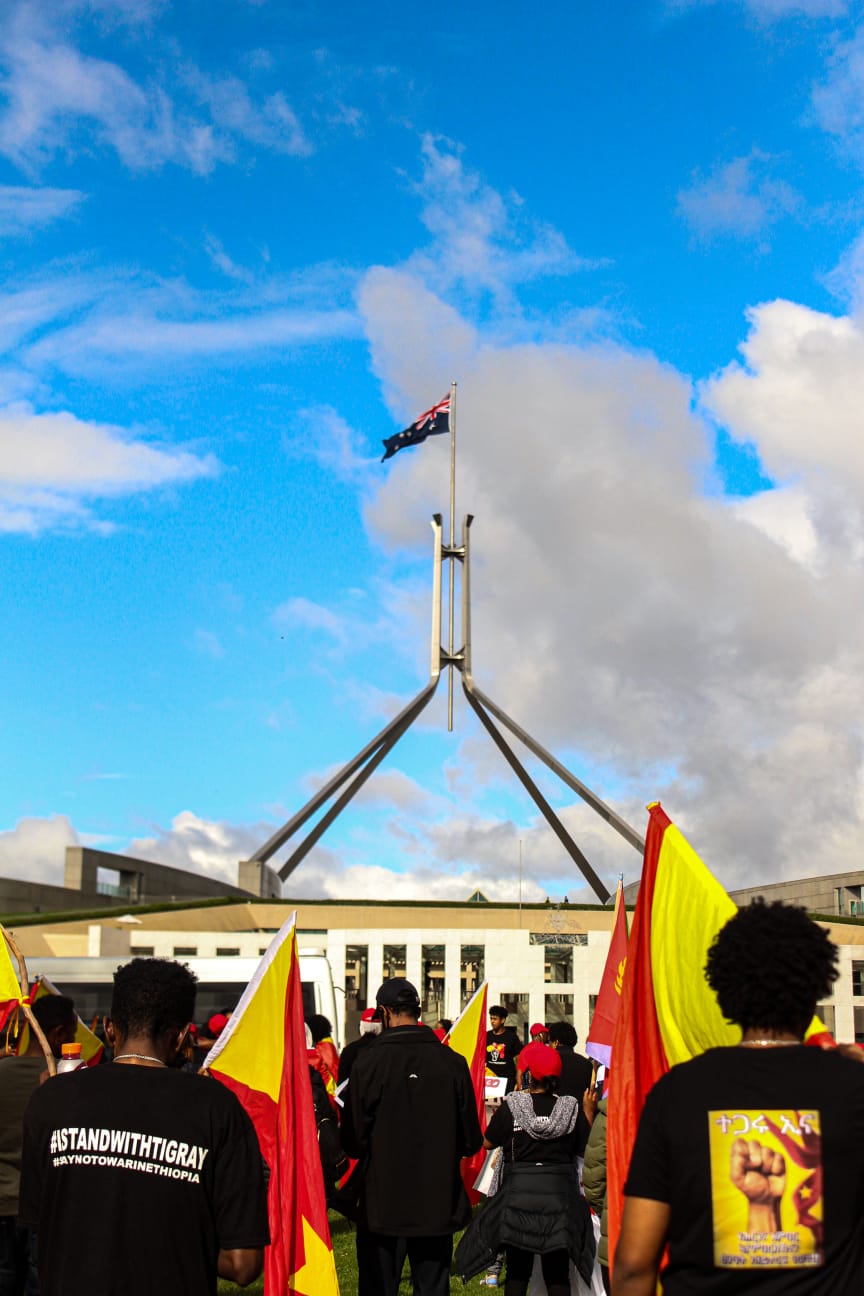 Members of Australia's Tigrayan community protesting in Canberra on 25 March, 2021.

She said the Tigrayan community will continue to protest and push for the Australian government to take a "stronger stance".

Fighting in Tigray broke out in November, after Tigray held regional elections which the federal government called illegal.

Eritrean troops also entered the conflict with fears they would be attacked by the TPLF, which played a dominant role in the 1998-2000 war with Eritrea.

It establishes that the town of Axum was hosting internally-displaced persons from other parts of Tigray, as well as celebrants preparing for an annual Ethiopian Orthodox Christian festival. 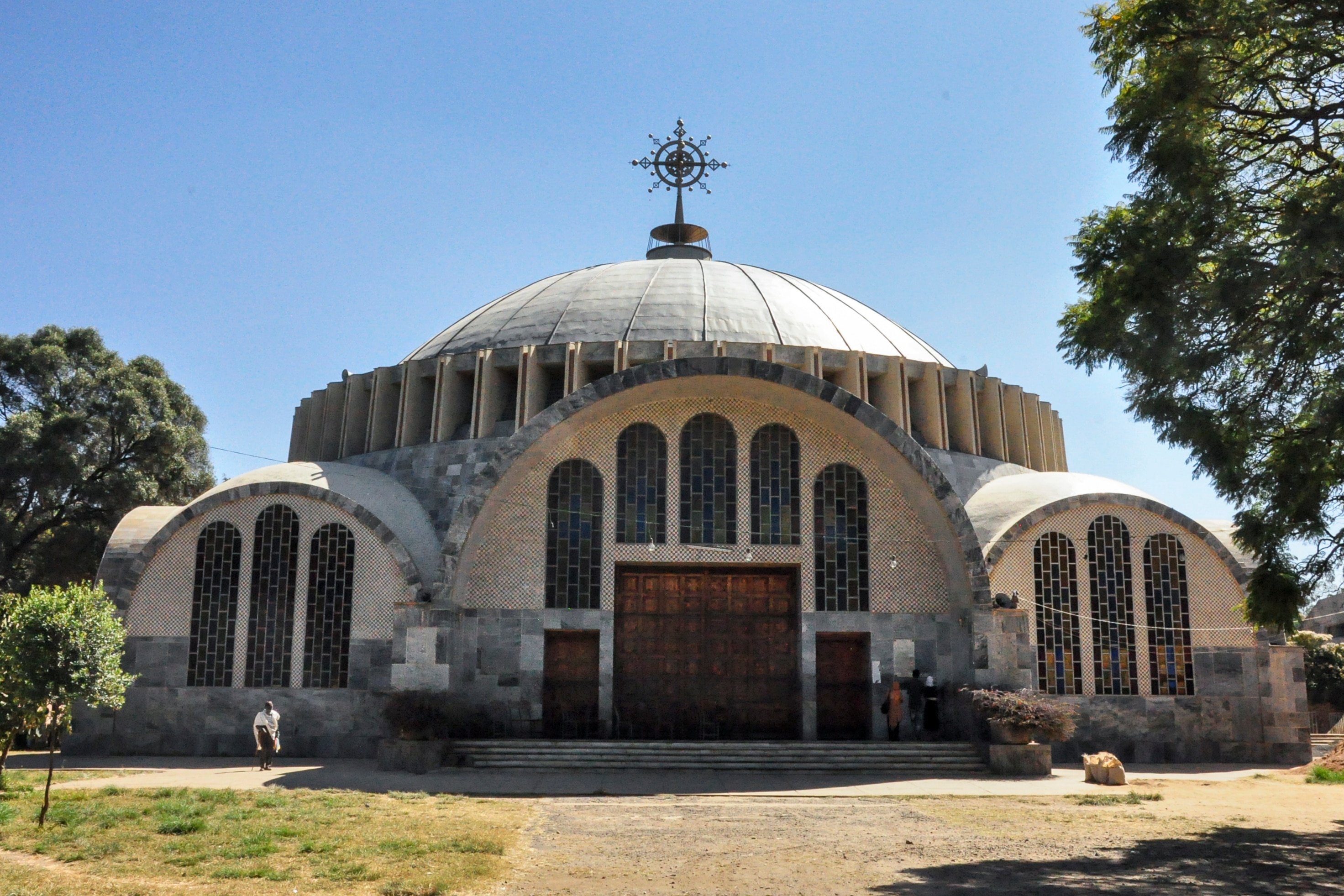 (FILE PHOTO) The Church of St. Mary of Zion in Axum, in the Tigray region of Ethiopia.
AP

From 19 November, witnesses sighted Ethiopian and Eritrean troops entering the town, forcing staff from at least two hospitals to flee due to heavy fighting.

Those who stayed told investigators Ethiopian and Eritrean soldiers looted the hospitals and shot a man in the bed of an emergency ward.

The report contains testimony from residents who tried to recover the bodies of people killed, but were prevented from doing so because of Eritrean gunfire.

According to one witness account, a man who was going out to get food was shot and run over by a tank.

Those killed were left in the streets for days to decompose, with one account detailing a body being eaten by hyenas. 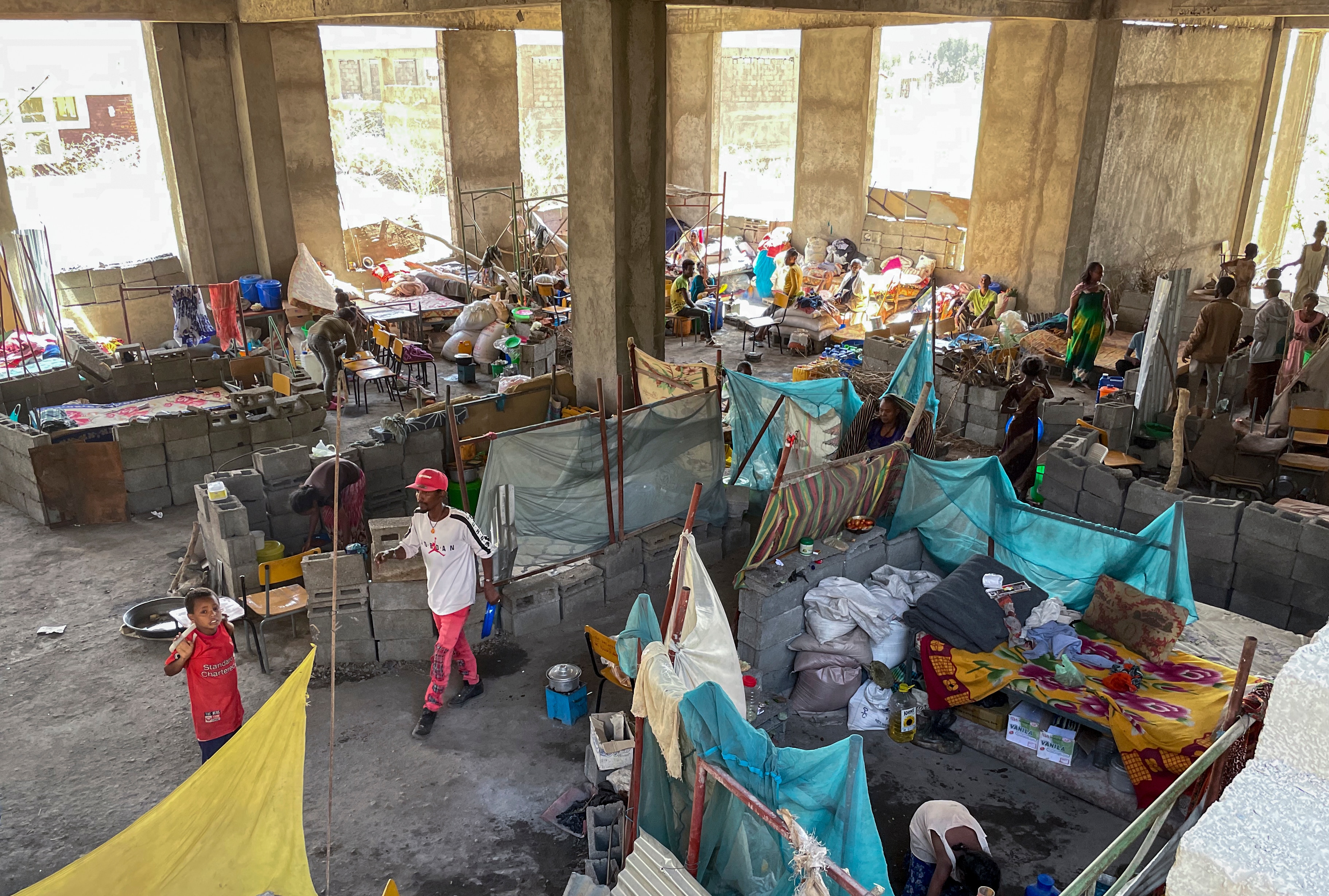 People displaced by the conflict live in crowded conditions in a derelict building of Axum University, in the Tigray region, Tuesday, Feb. 23, 2021.
International Rescue Committee

Amnesty International Australia's Rose Kulak says the killings were "coordinated and systematic", aimed at terrorising the population into submission.

Karline Kleijer, the organisation's Head of Emergencies, says MSF staff witnessed the killings of at least four men who were dragged off public buses and executed by Ethiopian soldiers on 23 March.

“We are horrified by the continued violence in #Tigray , #Ethiopia. This includes the extrajudicial killings of at least 4 men who were dragged off public buses & executed by soldiers, while our staff members were present, on Tuesday 23 March "

The allegations have come to light after Ethiopia's Prime Minister Abiy Ahmed acknowledged for the first time that troops from Eritrea were in the region.

Both countries had denied that troops crossed the border for months.

Mr Ahmed said he had spoken to the Eritrean government about the allegations of war crimes.

"After the Eritrean army crossed the border and was operating in Ethiopia, any damage it did to our people was unacceptable," AFP quotes him as saying.

The Prime Minister also said soldiers who raped women will be held responsible.

Beryihun Degu, the Chargé d'Affaires of the Ethiopian Embassy in Canberra, told SBS News that the TPLF was to blame for the conflict.

"The TPLF initially attacked the government's Northern Command, which was protecting the country," Mr Degu said.

"The allegations being made against the government are mostly unfounded. There may be a grain of truth but that is highly inflated and exaggerated."

Mr Degu also said his government was working with aid organisations and the United Nations to carry out investigations into the alleged abuses.