Hotel quarantine limits have been cited as the key reason more Aussies haven't returned home, with an inquiry told of expensive, failed attempts to fly back. 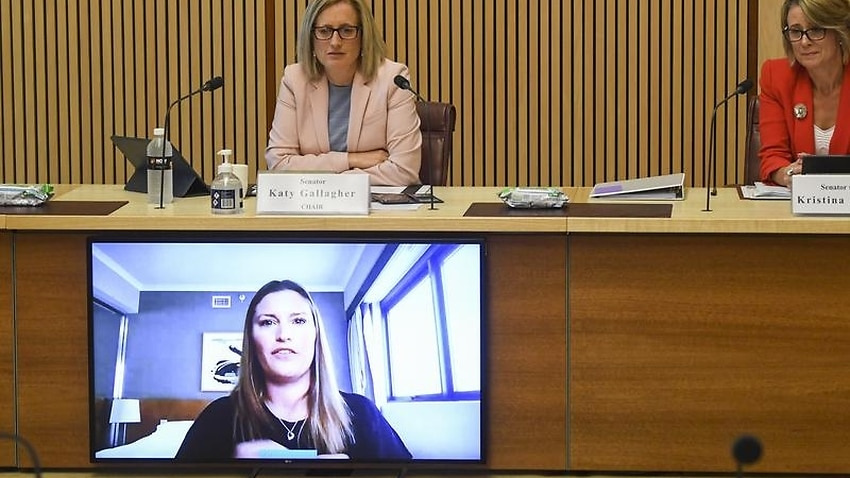 A woman who tried to get families with babies back to Australia says she was ignored by officials. (AAP)

An Australian mother has been left heartbroken after her attempts to help hundreds of other families with babies return home elicited silence from the government.

More than 36,000 Australians have told the Department of Foreign Affairs and Trade they want to come home, with the number of people deemed vulnerable rising to 8070.

A Senate inquiry on Thursday heard from both stranded Australians and the officials in charge of helping them return.

Carly - who is now in hotel quarantine in Australia - organised a campaign from the UK to help 350 families return with their babies.

Read More
'There's a lot of fear': At least 50 Australians are stranded in northern Ethiopia amid an escalating conflict

She found an airline prepared to do the flights, but was forced to walk away from the plan after communications outlining the proposal weren't responded to by officials.

"It's just heartbreaking," she said.

"I feel that I've done everything in my power humanly possible to try and get involved and make a change, and nothing happened."

Carly - who does not want to release her surname after receiving abuse over social media - said she had only heard back from Labor's foreign affairs spokeswoman Penny Wong.

Some families have since returned, with cots and high chairs not always available in hotel quarantine.

One mother could only take her eight-month-old baby outside for 15 minutes a day - and that was to a smoking area.

"I've got pictures of him covered in smoke ash on his hands and his knees because that's the only place that he was able to crawl."

David and Kate Jeffries shared their struggle to return home from Canada where they've been since March after travelling to care for David's sick mother.

The couple have a young son and have had multiple flights cancelled in their $50,000 quest to return.

David is angry sports teams and their families have been allowed into Australia, after Prime Minister Scott Morrison said Australians were at the front of the queue.

"We hope to raise our son to have more respect for the truth than the prime minister of Australia," he said.

DFAT officials said more than 426,000 people have returned since Australia's borders were closed in March, with 30,000 on government-facilitated flights.

Of those returned, 1.3 per cent have tested positive for the virus.

Mr Morrison raised hopes in September when he said he was keen to get as many - if not all - of the stranded travellers home in time for Christmas.

He's put the blame on states for the weekly cap on international arrivals, put in place to keep the hotel quarantine system sustainable.

Officials said the system's capacity was the constraining factor, with 30,000 empty flight seats a week because of limits.

A repatriation flight from Singapore arrived in Canberra on Thursday, with passengers taken to an ACT hotel to quarantine.

The national cap will increase to about 6700 a week when international flights arrive in Melbourne again from 7 December.