Australia’s gender pay gap has remained stable at 14 per cent but men are still making $241.50 more than women per week, new data has revealed.

In order to make the same amount of money as men did in the last financial year, Australian women would have had to work an extra 59 days, new data from the Workplace Gender Equality Agency (WGEA) has revealed.

The report, released on Thursday, showed that while Australia’s gender pay gap has remained at its lowest point in 20 years at 14.0 per cent (a drop of just 0.1 per cent over the past six months), male full-time employees are still making $241.50 per week more than women.

The figures come as Australia marks the 50th anniversary of the landmark Equal Pay Case of 1969, which ruled that women must be paid the same amount as men for the same work.

Prior to that decision, women’s wages were traditionally set lower than their male counterparts to account for the perception that men were obligated to support a family.

The 1972 Equal Pay Case later expanded on the ruling to encompass “equal pay for work of equal value” with a single rate for a job, regardless of gender.

Libby Lyons, director of WGEA, said she would have liked to see a stronger fall in the gender pay gap.

“Although it is good that the gender pay gap has declined slightly and remains stable, it shows that we still
need to have more Australian employers taking action on gender equality and addressing pay equity. WGEA announced Equal Pay Day will be on 28 August this year, marking the 59 additional days from the end of the previous financial year that women must work, on average, to earn the same amount as men earnt that year.

“What Equal Pay Day actually signifies is that every other day of the year is Unequal Pay Day for women," Ms Lyons said.

"Australian women first won the right to be paid the same as men for doing the same work or work of equal or
comparable value in 1969 – that’s 50 years ago!"

What the gender pay gap means

The national gender pay gap is calculated by working out the difference between women’s and men’s weekly full-time equivalent earnings using data from the Australian Bureau of Statistics. It does not take into account casual or part-time work.

It also does not directly compare women and men in the same role - a common misconception - but the workforce as a whole.

For example, it does not mean that a man working as a doctor in a public hospital is making more per week than a woman doing exactly the same job, but across the board men are, on average, earning more than women. Economist Leonora Risse said there are a number of factors behind the gap between women and men's earnings in Australia.
Supplied

“There are multiple factors that explain why we see an overall difference in men's and women's earnings on average,” RMIT economic researcher Leonora Risse told SBS News.

The gap could largely be explained by three main causes, she said; the fact that male-dominated industries, like mining, transport and construction, tend to be higher paid, that even within the same industry women are less likely to be in senior, higher-paid roles, and because men are more likely to negotiate additions to their base salary, such as bonuses.

“There is definitely a pay gap. Part of it can be explained factually but part of it can't be,” she said.

“And the fact that men are generally occupying the more senior roles does reflect biases and stereotypes as to how society thinks about leadership and judges men in different ways that we judge women.” The gender pay gap is reducing, but women are still 202 years away from parity

Angela Tomazos, director of policy at the Business and Professional Women Australia network, told SBS News change is happening every day, but the rate of change needs to increase.

“It's more worrying about how long it would take for us to close that gap completely,” she said.

“I maintain optimism that if we continue on this path and we can get that momentum of everyone coming on board that it [equal pay] doesn't have to be more than a lifetime away.” 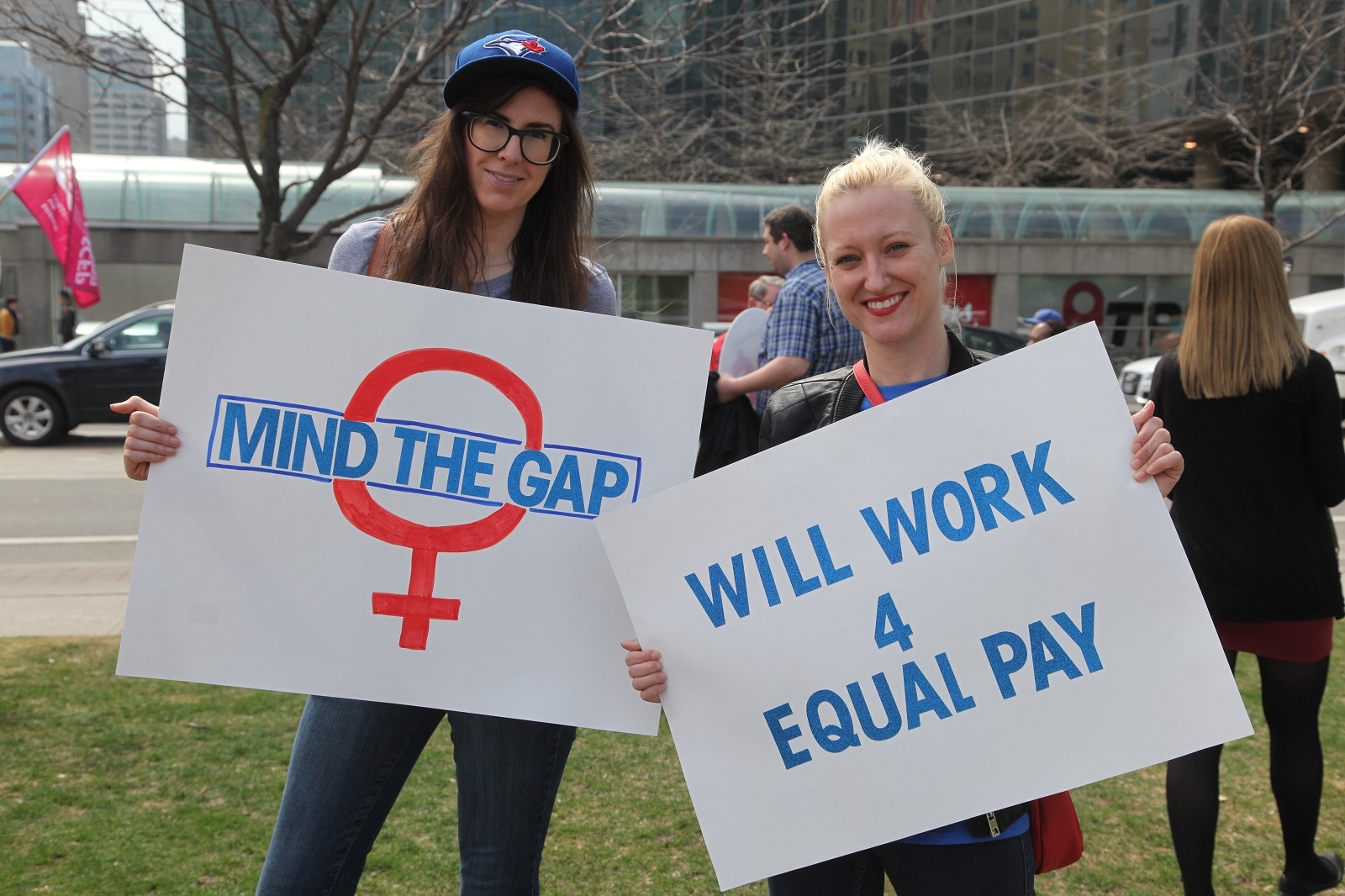 In her role, Ms Tomazos lobbies the government on issues women in the workforce are concerned about, including equal pay.

“What we are finding though is there is overwhelming evidence that when there are clear actions put in place, we see the gap decline,” she said.

One example is the introduction of rules in 2012 forcing all private companies with 100 employees or more to report their gender pay gap each year.

Absolutely thrilled to welcome Fearless Girl to Melbourne. Thank you to the artist Kristen Visbal. A joy to meet you and join with you in the fight for equality and equal pay for women. #fearlessgirl #fearlessgirlsculpture @KristenVisbal #equality pic.twitter.com/IBk8GSY8cR

Both Dr Risse and Ms Tomazos agree more attention needs to go towards shifting societies understanding of care roles, whether that be for children or elderly parents.

“In our society, the unconscious bias is that it's the female that is the primary carer that will then take time out of her career to care for their dependents,” Ms Tomazos said. 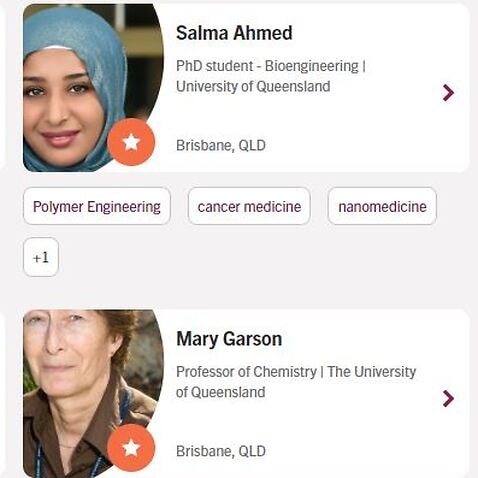 “[We need to] recognise that it's not just the female that is the primary carer, it's equally shared … so time out of careers for men just as much as women.”

But Dr Risse, who specialises in labour economics and gender, said it’s not only practical impediments like raising a family that get in the way.

“There are these hidden barriers and impediments that are intangible. They're not on paper but they're entering into everyday decisions all the time,” she said. Angela Tomazos is optimistic she will see gender pay parity in her lifetime.
Supplied

Ms Lyons said the report highlighted the barriers Australian women still face and how it could impact the next generation of Australians.

“The gender pay gap matters. Women comprise half of Australia’s workforce. Yet over their working life, they will earn less than men, encounter more obstacles to their career progression than men and accumulate less superannuation and retirement savings than men," she said. 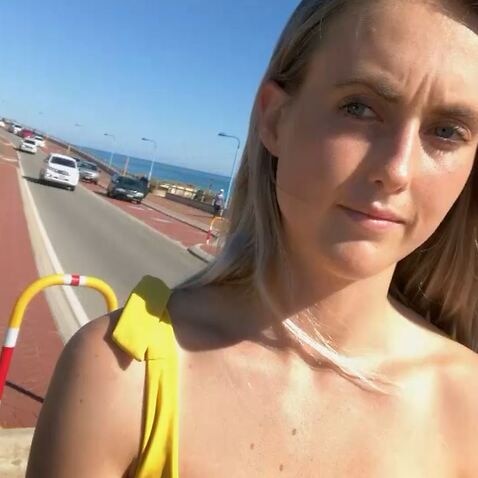 Sexism is rife in Australia, largest survey of its kind finds

“It matters for today’s girls and boys because when they reach adulthood, they deserve to be valued equally for their work. It matters to everyone because we all deserve to experience workplaces where there is no place for discrimination, bias or inequality based on gender.”