It came as German Chancellor Angela Merkel urged European leaders to work together on finding solutions to irregular migration.

Prime Minister Giuseppe Conte, who heads Italy's month-old populist and anti-immigration government, said he would block a joint statement from the meeting in Brussels if fellow leaders fail to do more to help Italy. 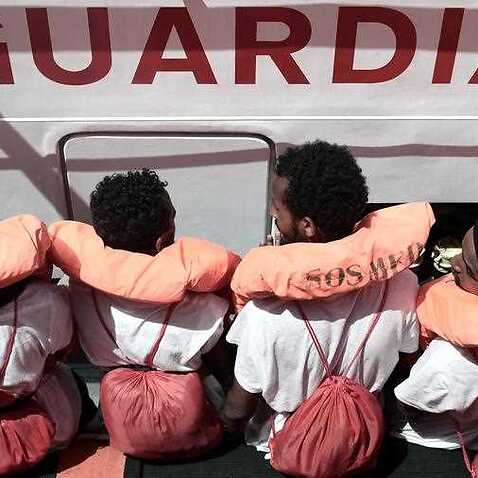 The ideas on the table to end EU's migration deadlock

Rome has refused to let several migrant rescue boats dock at Italian ports, reviving EU tensions despite the fact that numbers of arrivals have dipped sharply since Europe's migration crisis in 2015.

"Italy does not need more words, but concrete actions," Conte told reporters as he arrived at the summit. "It's a possibility I hope not to consider, but if we reach that point, on my behalf we will not have shared conclusions."

Italy wants the responsibility for migrants on ships arriving on its shores across the Mediterranean to be shared out across the EU.

It cited the way other European governments had offered to help after Italy refused to admit the rescue ship Aquarius, which docked later in Spain, and Lifeline, which went to Malta.

Conte comes to the European Union gathering emboldened the announcement of an upcoming visit to US President Donald Trump, who has hailed Rome's tough stance, and who himself blocked the conclusions of a recent G7 leaders meeting on trade

Failure to issue a joint statement would be a catastrophic show of disunity for the EU leaders, who are meeting amid warnings that authoritarian and "anti-European" movements will profit from their failure to tackle migration.

Merkel's political future at home also hangs in the balance over the issue, and she issued a rallying call to the other European leaders to back her stance.

"Europe has many challenges but migration could end up determining Europe's destiny," Merkel told German lawmakers hours ahead of the summit.

For years Europe's most powerful leader, Merkel risks seeing her fragile coalition collapse if she cannot reach deals with Italy and other countries to stop migrants initially arriving in those countries from moving on to Germany.

After allowing more than one million asylum seekers into Germany since 2015, Merkel faces an end-of-the-month deadline from her own interior minister to seal the pacts to curb so-called secondary migration. 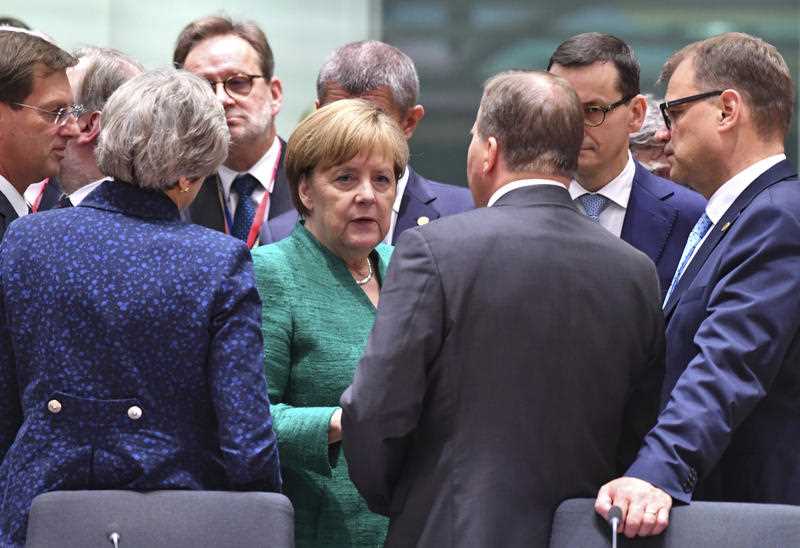 Italy however insists on getting help for dealing with new arrivals before making any further deals.

"I'm not worried about a veto," the former Luxembourg prime minister said, adding that he has been pleading for years for member countries to show more solidarity with Italy.

EU President Donald Tusk meanwhile issued a fresh warning on the need for action on migration to stave off rising populism and authoritarianism, saying that "the stakes are high and time is short."

Tusk has proposed that the leaders approve work on migrant "disembarkation platforms" in countries outside Europe, most likely in Africa, according to a draft summit statement.

The aim is to discourage migrants from boarding smuggler boats bound for Europe.

But long-mulled plans for a permanent scheme to share migrants arriving in Italy and Greece around other EU countries appear doomed to fail for now. 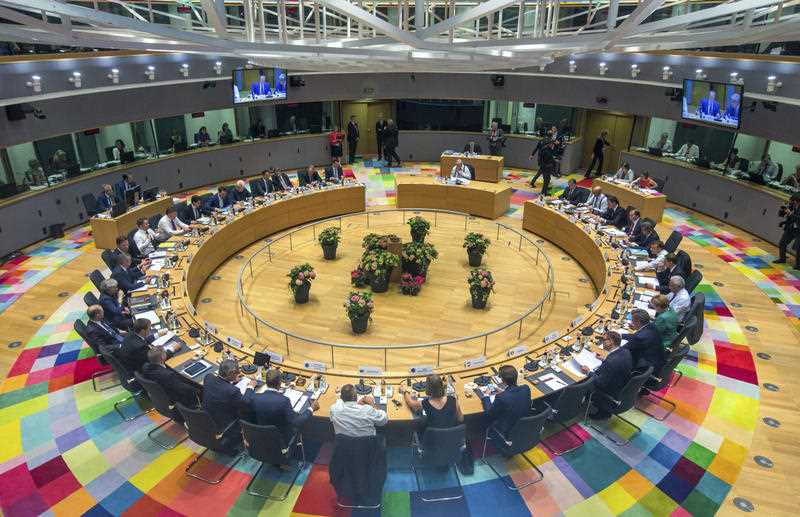 A general view of the round table meeting at an EU summit in Brussels.
AAP

A temporary scheme was introduced during the migration crisis in 2015 amid bitter recriminations.

The leaders will on Friday discuss largely French and German proposals, many watered down, to reform the euro in an effort to avert a repeat of the debt crisis and rebuild confidence in the single currency.

Notably absent is any overt support for French President Emmanuel Macron's plans for a eurozone budget, given the bitter opposition of the Netherlands and others.

On Brexit, EU leaders are expected on Friday to deplore a lack of progress and say talks, which have stalled on the issue of the Irish border, must be stepped up with a view to reaching a deal by October.

Leaders would "appreciate" if Prime Minister Theresa May would give them more details on Thursday as to the "intentions of the British government", particularly on relations after Britain leaves in 2019, a senior EU official said.

In a light-hearted bid to ease the tensions, Belgian premier Charles Michel surprised May with a gift of a Belgian football shirt, as a World Cup clash between Belgium and England coincides with the summit on Thursday night.