Donald Trump's daughter Ivanka and her husband Jared Kushner have held on to investments potentially worth $740 million while working government jobs, one of the revelations from newly released ethics filings raising questions about possible conflicts of interest.

The disclosures about their real estate and business holdings came in a mass document release by the White House late Friday showing the possibly unprecedented wealth and financial assets of scores of senior staff members at the time they began government work.

The documents show that 27 officials in the Trump White House had combined assets worth at least $2.3 billion when they joined the administration, according to a Washington Post analysis.

The Trump administration was already considered one of the wealthiest in US history - Bloomberg estimates his cabinet and senior staff are worth some $12 billion. 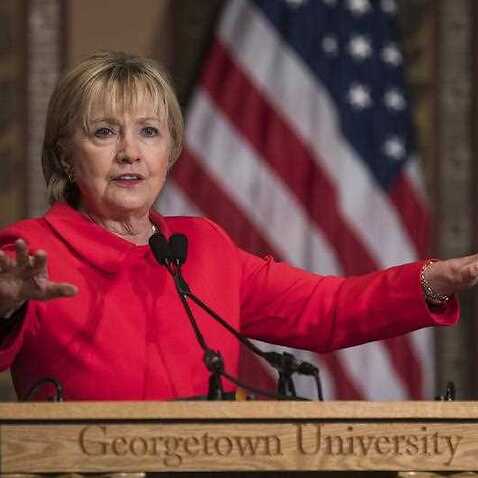 Clinton knocks Trump for proposing cuts to US diplomacy

Ivanka Trump's stake in the Trump International Hotel - located blocks from the White House, and leased by Trump from the federal government in 2013 - is one source of income that could represent a conflict of interest.

Critics have noted that interest groups and foreign governments could stay at the luxury hotel as a way of courting favor with the administration. Although Trump has said he will donate proceeds from foreign governmental visitors to the US Treasury, it is unclear whether he has yet done so.

The White House documents show that Kushner and Ivanka Trump, both officially senior advisers to the president, are still receiving income from holdings valued at between $240 million and $740 million.

Ivanka Trump - who just days ago announced she would officially enter a federal role as an unpaid adviser to the president - will hang on to her stake in the Trump International Hotel.

The hotel stake is worth $5 million to $25 million, according to her husband's disclosure. She made between $1 million and $5 million in rent or royalties from the hotel between January 2016 and March 2017, the documents showed.

Kushner was recently tapped by his Republican father-in-law to lead a new White House office that aims to use business ideas to help streamline the government, according to The Washington Post.

The 36-year-old is a senior adviser to Trump with far-reaching influence over domestic and foreign policy. 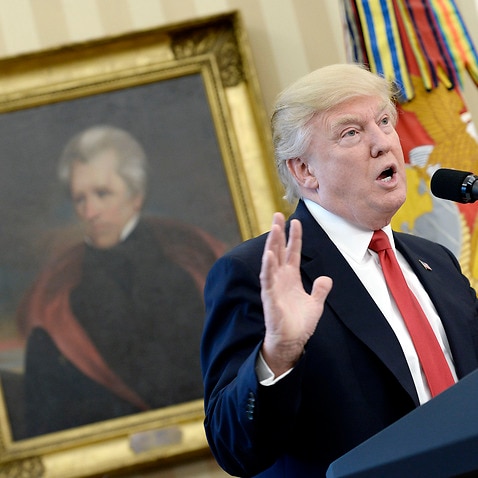 He left high-level positions at more than 200 entities related to his family's real estate business, according to the documents, but will continue to reap benefits from many holdings connected to the business empire he ran with his father.

While the billionaire Trump had campaigned as a champion of ordinary working-class Americans, the White House on Friday said the wealth of his advisers was a mark of their abilities.

Trump advisers had been "very blessed and very successful by this country and have given up a lot to come into the government by setting aside a lot of assets," said White House spokesman Sean Spicer, whose own worth was estimated at $2.9 million to $6.6 million.

However, the disclosures may make it harder for the administration to defend severe cuts to some programs affecting ordinary, low-wage Americans.

Bannon's most important asset is his private consulting firm, valued at between $5 million and $25 million. He also owns rental real estate valued at up to $10.5 million and has up to $2.25 million in the bank.

Bannon reported $191,000 in consulting fees earned from the conservative outlet Breitbart News Network, which he formerly headed, as well as more than $125,000 for work at the data firm Cambridge Analytica, which worked for the Trump campaign, and more than $61,000 in salary from a conservative nonprofit group.

Presidential counselor Kellyanne Conway had assets worth up to $39 million, the Post said.

Since his election, Donald Trump's vast business empire has been scrutinized by ethics experts who say it poses major conflicts of interest.

Before taking office in January, Trump said he would formally hand "complete and total" control of his business empire to his adult sons, Donald Jr and Eric, in a bid to avoid conflicts of interest - but that he would not divest from his holdings.

The Trump Organisation, whose network of hotels, golf clubs and luxury residential towers stretches across 20 countries, is not listed on the stock market, and therefore releases no public statistics.

Trump has refused to release his tax returns so far, meaning little is known about the extent of the company's interests. 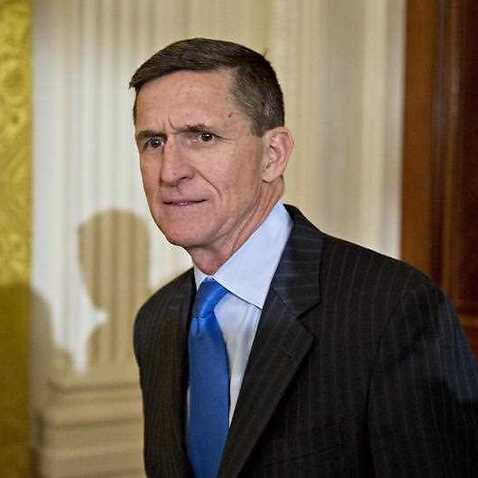 Donald Jr, 38, and Eric, 32, are currently executive vice presidents in the Trump Organisation.