In one case highlighted in the review, 14 armed police were used to remove a five-month-old baby from her single mother. 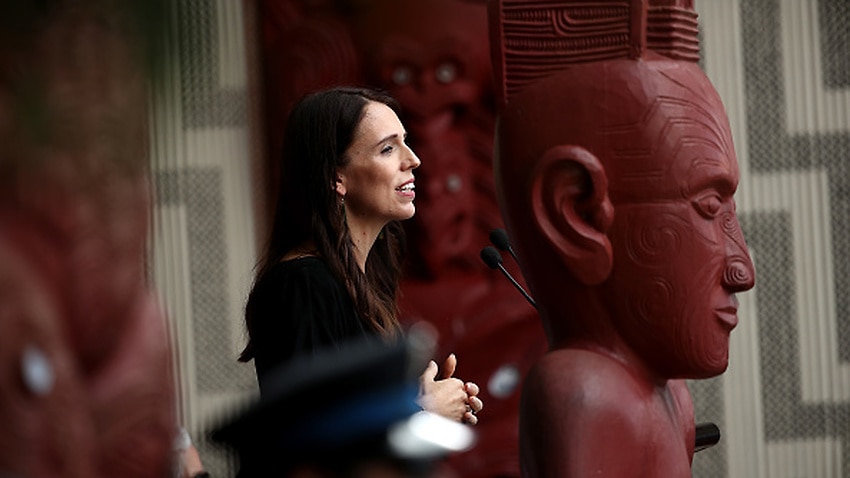 The report is damning of the Ardern government's treatment of Maori families Source: Getty Images

An inquiry into the practices of New Zealand’s child services agency, Oranga Tamariki, has found systemic failures and discrimination of Māori families.

The six-month Māori-led investigation is one of five into the sector and was overseen by the Whānau Ora Commissioning agency.

The damning report is likely to overshadow Jacinda Ardern's visit to Waitangi this week where she will mark the 180th anniversary of the signing of an historic agreement with Māori leaders.

The review was sparked by "continued inaction by the New Zealand Government to respond to ongoing serious issues" in the treatment of tamariki Māori, or Māori children in state care.

Dame Naida Glavish, who headed up the review, said it confirmed systemic failures, discrimination and inexplicable breaches of human rights towards Māori.

“We can clearly see from the volume of evidence - and the heavy handed approach to this whānau - that something is so systemically wrong. This entrenched behaviour is plain unjust,” Dame Naida said.

In one case highlighted in the review, 14 armed police were used to remove a five-month-old baby from her single mother.

The report said police and staff from the child services agency converged on the woman's home to execute an "uplift order" that had been approved by the Family Court, but the mother had been given no warning.

A team of investigators spent two months talking to more than 1,000 families who shared similar experiences.

The 200-page report details hundreds of stories of what it labels "inhumane" dealings with the government agency.

Māori are largely over-represented in the child and youth care and protection system. Recent statistics revealed 68 per cent of children and young people in state care are of Māori or Pacific ethnicity.

The trauma of having a child taken away was the most common theme that emerged throughout the Inquiry. The majority of the submissions and interviews involved whānau, or families, who had suffered intergenerational loss and trauma.

Many who had their children removed or had been removed themselves shared feelings of grief, depression, hopelessness and even suicide.

Families reported "living in fear" because what's known as a 'Report of Concern', can come from “practically anyone or from anywhere” and can easily allow for undetected or unexamined racial bias or prejudice.

Those who shared their experiences felt they were discriminated against for being Māori, being an ex-State ward, having mental health challenges, and being a young mother.

The review points to a need for Māori to drive the solutions and the way services are designed, delivered, implemented and funded.

Signed in 1840 between the British Crown and more than 500 Māori chiefs, the Treaty of Waitangi agreed the terms by which New Zealand would become a British colony.

Jacinda Ardern told Maori leaders last Waitangi Day that she wanted to earn the right to be there. Source: Getty

In a 2018 speech at a Waitangi marae, Prime Minister Ardern vowed to do better by Māori and urged Māori leaders to track her progress.

"So when we return in one year, in three years, I ask you to ask us what we have done for you.

"Hold us to account because one day I want to be able to tell my child that I earned the right to stand here. And only you can tell me when I have done that."

Last month, it was announced New Zealanders will return to the polls on 19 September to vote on whether to return or remove Jacinda Ardern's government in the country's general election.